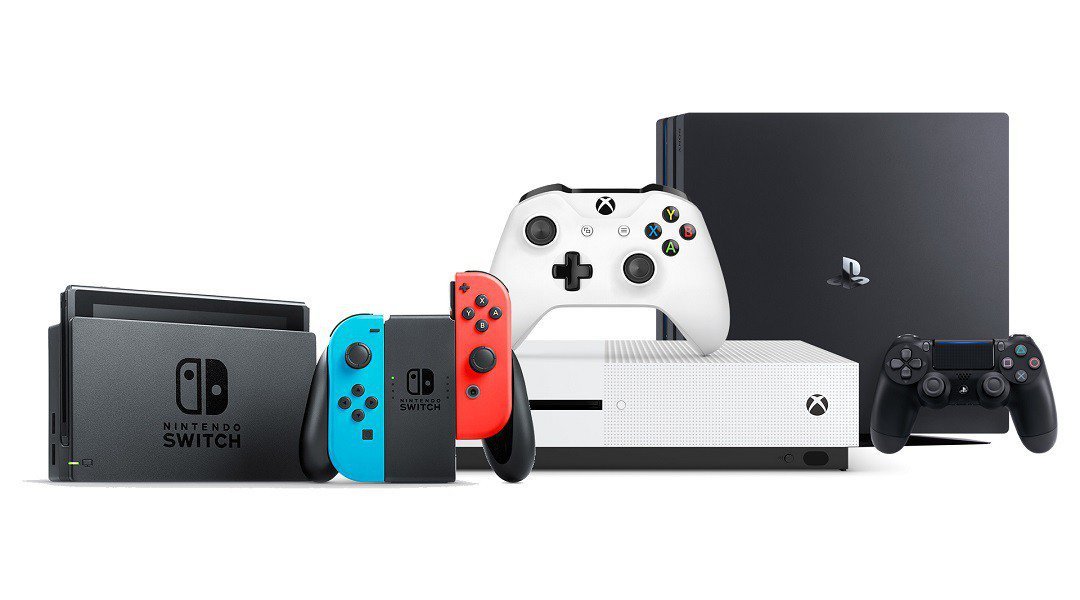 The console market is doing very well for itself, according to a new report by analyst firm IHS Markit.

According to the report published by analyst Steve Bailey, the worldwide spend on console content and services has grown from $27 billion in 2017 to $32 billion in 2018, a $5 billion increase year-over-year. Including hardware spend, the total figure jumps to around $47 billion, up from $42 billion in 2017, itself the highest point for spending in eight years.

Furthermore, it expects 2019 to do even better thanks to the continued success of the Nintendo Switch plus “strong” late-gen performances of PlayStation 4 and Xbox One. It expects the reported new Switch Lite, set to release later this year, to stave off any hardware decline.

“On a global basis, combined sales of games consoles reached volumes not achieved since 2009, with Microsoft’s Xbox One maintaining global market share due to a low single-digit increase in unit sales in the United States,” said Bailey.

“Sony’s PS4 maintained market leadership in terms of unit sales, but Nintendo’s Switch, now in full supply, started to eat away at that share, albeit not to the extent that some may have been expecting.”

From a content perspective, things are helped by the marquee releases of several first-party games from last year, like God of War on PS4, Forza Horizon 4 on Xbox One, and Super Smash Bros Ultimate on Nintendo Switch. Meanwhile, full game downloads and paid downloadable content helped add to the console market’s upward health, with Bailey adding that Games as a Service (GAAS) titles (think of The Division 2, Destiny 2, Anthem etc here) are now “a fully-fledged proposition for this generation of consoles,” according to Bailey.

In fact, the only thing that saw a downward trend for the market was packaged games by three percent YoY and an area that is said to have “long-term devaluation.”

By and large, then, the report suggests digital is becoming more and more prominent for consumers. It’s something that Bailey reckons that they’re starting to be more “receptive” to as a trend, especially with hardware like the Xbox One S All Digital Edition and the rumored digital-only, next-gen Xbox said to be in the works.

“I think people are now more receptive to digital consumption than they were at the start of the generation,” Bailey told GameDaily.biz. “It's been over five years, and the barriers to such adoption have been eased, thanks to digital discounting having become so competitive, compatibility with third-party solutions to expand storage, a shift toward subscription models for game access, etc.”

On the concept of digital-only hardware like the Xbox One SAD Edition and supposed discless next-gen Xbox machine, he added: “A digital-only console could've been released many years ago, but it needed to be an option, not compulsory. I think this still holds for the incoming generation, too.”

For how things look on the services side of things, the IHS Markit report mentioned that Nintendo Switch Online, which only began operations back at the end of September, has only taken one percent of the market compared to its fellow competitors in the PlayStation Network and Xbox Live.

However, Bailey did say that thanks to a massive amount of discounted games on the Nintendo eShop, Nintendo has started to compete with Sony and Microsoft with regards to digital. Digital may not be a replacement for physical media, but it's a significant player in how players are engaging with games.