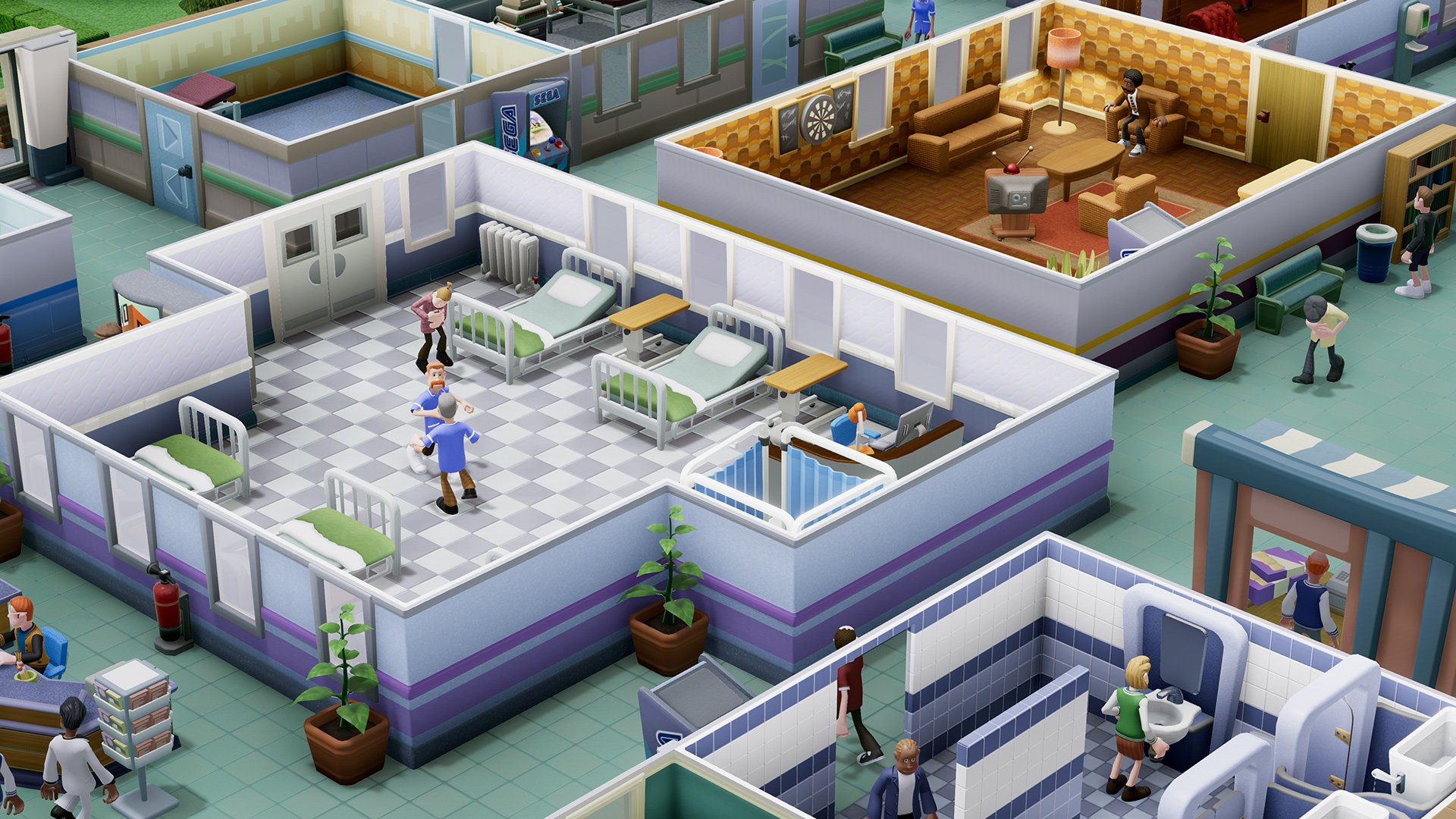 "It's a landmark step for Two Point Studios and we're thrilled to be joining the SEGA family. We're looking forward to executing the next phase of our plans as we continue to evolve Two Point County" said Two Point Studios co-founder Mark Webley. "It's a hugely exciting time to be a part of Two Point and we are here today thanks to the hard work, passion and dedication of our small, but amazingly talented team here in Farnham and the incredible fans that have supported us throughout and guided our continued development of Two Point Hospital."

Two Point Hospital, which lets you manage a hospital in the fictional Two Point County, infuses management strategy gameplay with some comedic elements to keep things light. Examples include treating a clown with various kinds of shock therapy, or combating ghosts. You know, hospital stuff.

Two Point Studios is currently staffed by 17 people, with experience from the likes of Alien: Isolation and Fable, most notably. Two Point Hospital was the studio’s first game, and studio co-founders Webley and Ben Hymers viewed it as a spiritual sequel to their work on Theme Hospital more than 20 years ago.

SEGA now wholly owns Two Point Studios and is slotting them under the direction of SEGA Europe. SEGA says the studio will continue to work on several unannounced projects, with news of those arriving in the coming months. The Two Point Studios Twitter account confirmed that this would mean more management simulator games.

"We're delighted to welcome Two Point Studios officially in to the SEGA family. As a relatively new, British-based developer with a global hit already under their belts, we knew we had to move quickly on this deal because they are an extremely attractive investment proposition with a great deal of talent," said SEGA Europe President and COO Gary Dale. "The Searchlight team at SEGA Europe have done a fantastic job integrating the studio over the past two years and the studio have gone on to produce a fantastic title with clear franchise potential."

It’s still fairly new, but SEGA’s Searchlight program could likely play a distinct role in what studios or other partnerships it pursues. Searchlight allowed SEGA to play the role of publisher for Two Point Hospital, effectively a trial balloon for a deeper partnership. SEGA seems to possess a strong sense for portfolio diversity, as the publisher now operates the Total War, Football Manager, Yakuza, Sonic, Company of Heroes, Bayonetta, and Hatsune Miku franchises, among others.

SEGA Sammy, the conglomerate of SEGA’s numerous branches, reported a tough financial quarter in February, according to GamesIndustry.biz, posting a year-on-year decline for both their revenue and profit streams. SEGA’s digital games division suffered the most, reporting a $24.5 million loss despite reaching $267.2 million revenue from the same branch. Packaged games performed far better, hitting $73.6 million in profit and $397.3 million in revenue. Company-wide revenue fell by 6.8% to $2.27 billion for the nine months ending on December 31, 2018.

SEGA Europe’s Searchlight program and future acquisitions will likely play a role in SEGA countering these financial shortcomings. Total War: Three Kingdoms, Sonic Racing, and upcoming Yakuza re-releases are the biggest titles on SEGA’s slate, and two of those are due out soon, so SEGA may find reason to partner itself with more studios in the coming months.