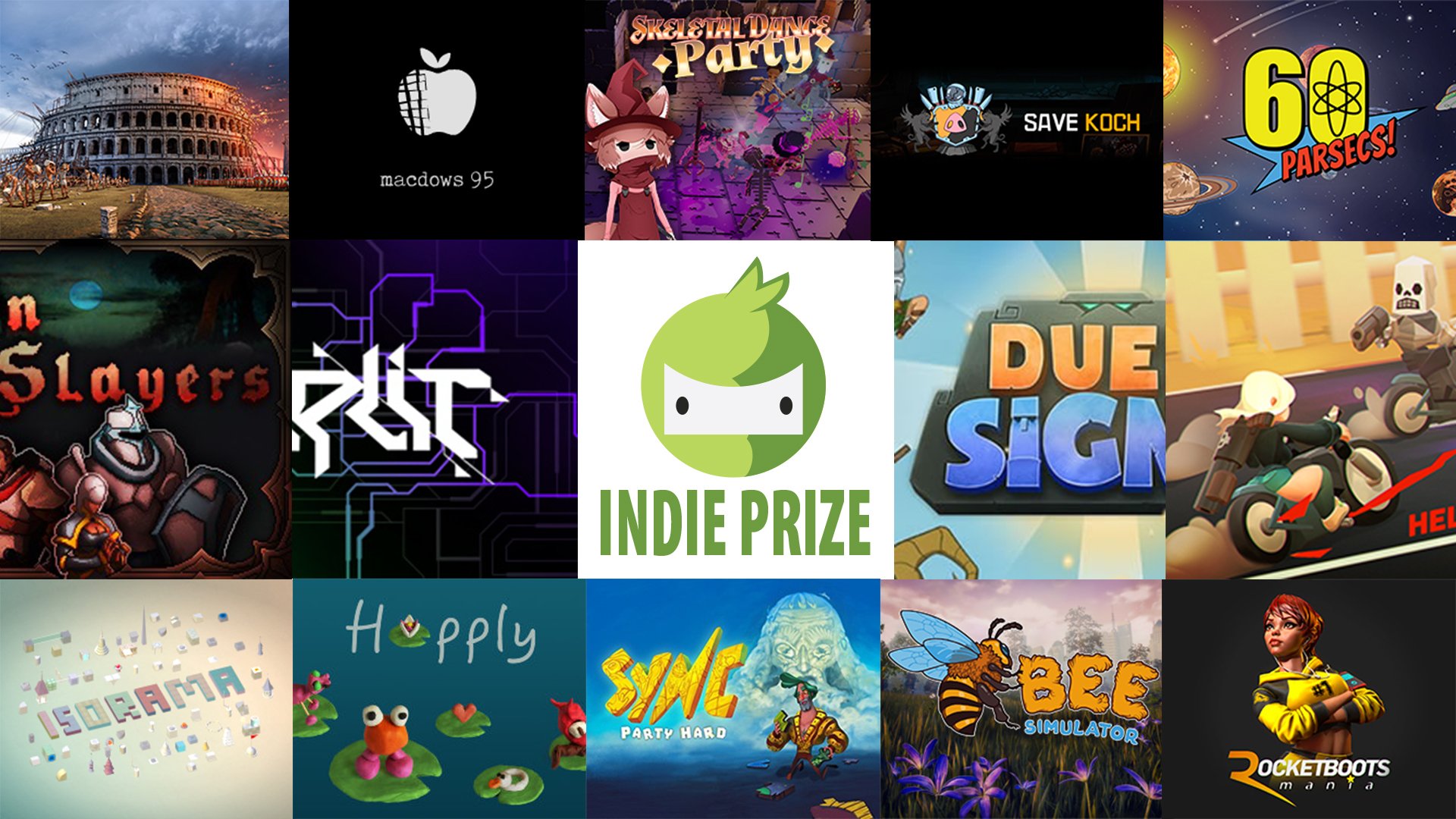 The Indie Prize finalists coming to Casual Connect London represent a wide variety of game concepts and a sizable portion of the global games market, with developers coming from every corner of the globe. In the last few pieces, we highlighted the numerous game studios participating in Indie Prize from Western Europe, and today we're going over the finalists coming to us from Eastern Europe.

The talent from countries like Russia, Poland, Czech Republic and others in the region is undeniable. Take a look at the indies coming to London, and stay tuned for more highlights as we look at other areas of the world in the coming days.

4X turn-based historical strategy game - a mix of deep gameplay and rich historical flavor. Aggressors lets you relive history as the ruler of one of the mighty civilizations of the Mediterranean world or customized map. Choose one of twenty available factions and conquer the world.

macdows 95 is an absurd puzzle game based on an imaginary operating system. The main purpose of the game is to fulfill these absurd tasks. When solving puzzles, someone communicates with you from a secret spot.

You are a local mafia kingpin, Jeffrey Koch. Your empire in New Kandinski is in total chaos because an unknown Mastermind has decided to take your place. And they’ve planted a sleeper Mole inside your operation. It’s time to act, but you need to act smart.

60 Parsecs! is a narrative survival game about making the most of a hilariously bad situation in the Atomic Space Age. With 60 seconds to scavenge for your survival, what will you grab and how many cans of soup is too many? Get ready to make some hard choices!

Sin Slayers is a turn-based strategy about sins and sinners with elements of dungeon crawler and pixel art graphics. The game will provide you a roster of 12 heroes, each with his/her own story, unique specialization and battle abilities. You will build your team of three and send them to fight seven deadly sins, depicted as dreadful and ruthless monsters: Pride, Envy, Wrath, Sorrow, Greed, Gluttony and Lust. Each of those sins rule their own realm, so every location that players will visit will differ from others. Same with creatures, that inhabit these lands. Furthermore, these locations will be procedurally generated every time you play to provide you with a new experience. In this game, we tried to take several interesting game mechanics and ideas from various games and unify them. We were inspired by Final Fantasy's battle system, Castlevania's visual style and Dark Souls' atmosphere.

Split is a FPP puzzle game with unique mechanics -- you can create your own copies and manipulate time. It takes place in in the year 2072, when the global network has become so advanced that every aspect of the society is controled by an entity called the Shield System.

Hellrider 3 is about brave racers and insidious skeletons. Although this is the third part of the game, it offers a completely new story, gameplay and graphics, a bunch of unusual game mechanics, allowing players to look at the runner games genre from a new perspective.

Isorama is a tiny physics-based puzzle game. The goal of each level is to create a path to guide the ball to the exit hole by moving building blocks, bridges, prisms, teleports and many other elements. The game contains more than 100 levels, an in-game level editor and a level-sharing function.

Hopply is mobile casual game. All graphics are hand-made from clay (similar to Play-Doh). All sounds and music are made using just a mouth. Levels are random generated. New graphics / themes / levels served to users on period basis. For the conference, we will have a ready prototype of an option for users to have their own hand-made character within the game. They just need to scan it with their phone.

Sync: Party Hard is a mind and body bending puzzle game. Hercules is messed up… Turns out throwing a party with gods while his parents are away and tearing the whole universe apart was not a great idea in the end. Only you can help him to put the universe back together before Zeus comes back!

See the world through the eyes of a bee! Compete with other bees in races, collect pollen, perform waggle dances, and explore a world inspired by Central Park in New York. Play it with your family or friends, choosing between three modes, including co-op and vs. split-screen.

Become a Rocket Rebel, put on the Rocket Boots and fight for the precious resources, while rocket-parkouring through the thrilling physics-based world. The gameplay offers an unprecedented level of freedom, rich moveset, cool abilities and the possibility to tackle the scenarios in a creative way. The game induces a strong “just one more round” syndrome. It features single-player, multi-player and a level-editor, giving the player an insane amount of replayability. The core of the game has been carefully crafted with our awesome speedrun community, yet we put huge emphasis on casual gameplay and instant fun factor.