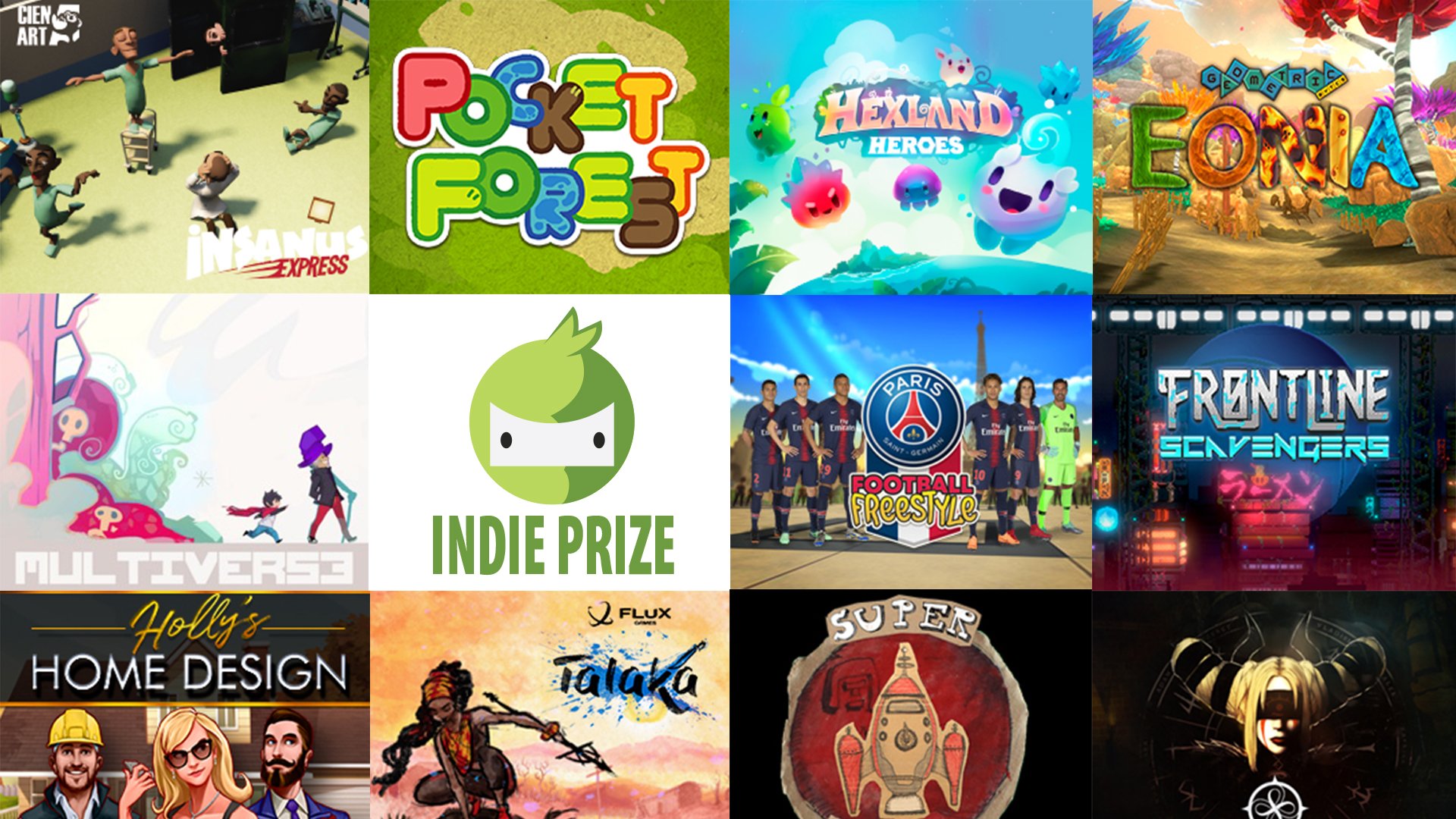 With all of the Indie Prize finalists from both Western and Eastern Europe covered, we're moving our spotlight over to South America to take a closer look at the wonderful talent from Latin America who will be bringing their unique indie titles to Casual Connect London. The emerging games scene in Latin America has been building some momentum, and the publishers coming to Casual Connect would be wise to pay attention to these creative game makers.

Here are the finalists from LATAM:

Omen of Sorrow is a competitive fighting game inspired by the classics, bringing back the genre's arcade legacy, taking it to the next level with innovative features and mechanics.

In Insanus Express you will manage an express psychiatric clinic with a crazy staff! The game consists of overcoming different scenarios while trying to keep it all under control. But watch out! You can always screw up and get everyone CRAZY!

A first-person adventure game that takes place in a magical, colorful open-world. Role-play as Albius, Master Enodio's apprentice, and his trusty magical companion pet Flino, as you uncover the secrets hidden within EONIA and face the path chosen for you.

A first-person adventure game that takes place in a magical, colorful open-world. Role-play as Albius, Master Enodio's apprentice, and his trusty magical companion pet Flino, as you uncover the secrets hidden within EONIA and face the path chosen for you.

Multiverse is a story-driven puzzle platformer game about parallel universes. The full demo is about 40 minutes long, but you can choose "Gameplay Preview" in the main menu to play a shortened version that could be more suited for conventions (faster; no story, just gameplay).

Talaka is a game that lives and breathes Brazilian culture in watercolor art form. Everything is ink-based to make you feel like playing a beautiful watercolor painting. It shows an outstanding culture that most of the world still doesn't even know exists, and we seek to change that with our game.

A singularity war phenomenon took the universe to a dark age era, rendering almost all technology useless and starting a race for survival. Frontline Scavengers provides frenetic action in retro-styled battle royale quick matches for up to 4 players locally or online. Perfect for couch parties!

This video game is a space shooter in which all the elements are made in cardboard. The game tells the story of Cafard, a Martian cockroach on his journey to Silicon Valley where the fate of his race and humanity will be decided.

Put on a show of Freestyle Football alongside PSG Stars such as Neymar, Cavani, Mbappe, Buffon and many others to become an international idol! Collect cards, customize your style and evolve skills creating fantastic tricks to defeat your friends and opponents from all over the world in thrilling 1x1 multiplayer challenges.

Love home decorating and renovation? Play Holly's Home Design today. A relaxing, fun game that allows you to live the life of a house renovator. Help revitalize Springdale, a neglected town, by completely restoring homes. Buy, renovate and sell houses. Put your designer skills to the test, and win fame and fortune along the way. Quick, fun, relaxing and stunningly beautiful decorating game, like you have never seen before. Decorate with hundreds of design options, color palettes, fabrics and coverings and furniture collection. This game was developed by a team of seven developers in a time period of just six weeks.

Pocket Forest is a match 3 game where you can move the board freely with a limited amount of moves. Match any 3 identical tiles to merge them into one, which can be matched with another 2, and so on. Also tiles interact with each other: Water tiles irrigate around them when matched. Plant tiles produce fruit when they are irrigated. And animal tiles eat fruit from nearby plants. All of these give you points, which are needed to unlock a mystery egg (reward) at the end of the round.

Hexland Heroes is a grid-based strategy-puzzle game inspired by hardcore 4X games, but boiled down to short and sweet puzzles. The goal is to rescue your allies and close the enemy’s portals. If you run out of turns, one of your characters is destroyed, or one of your bases is conquered, you lose!