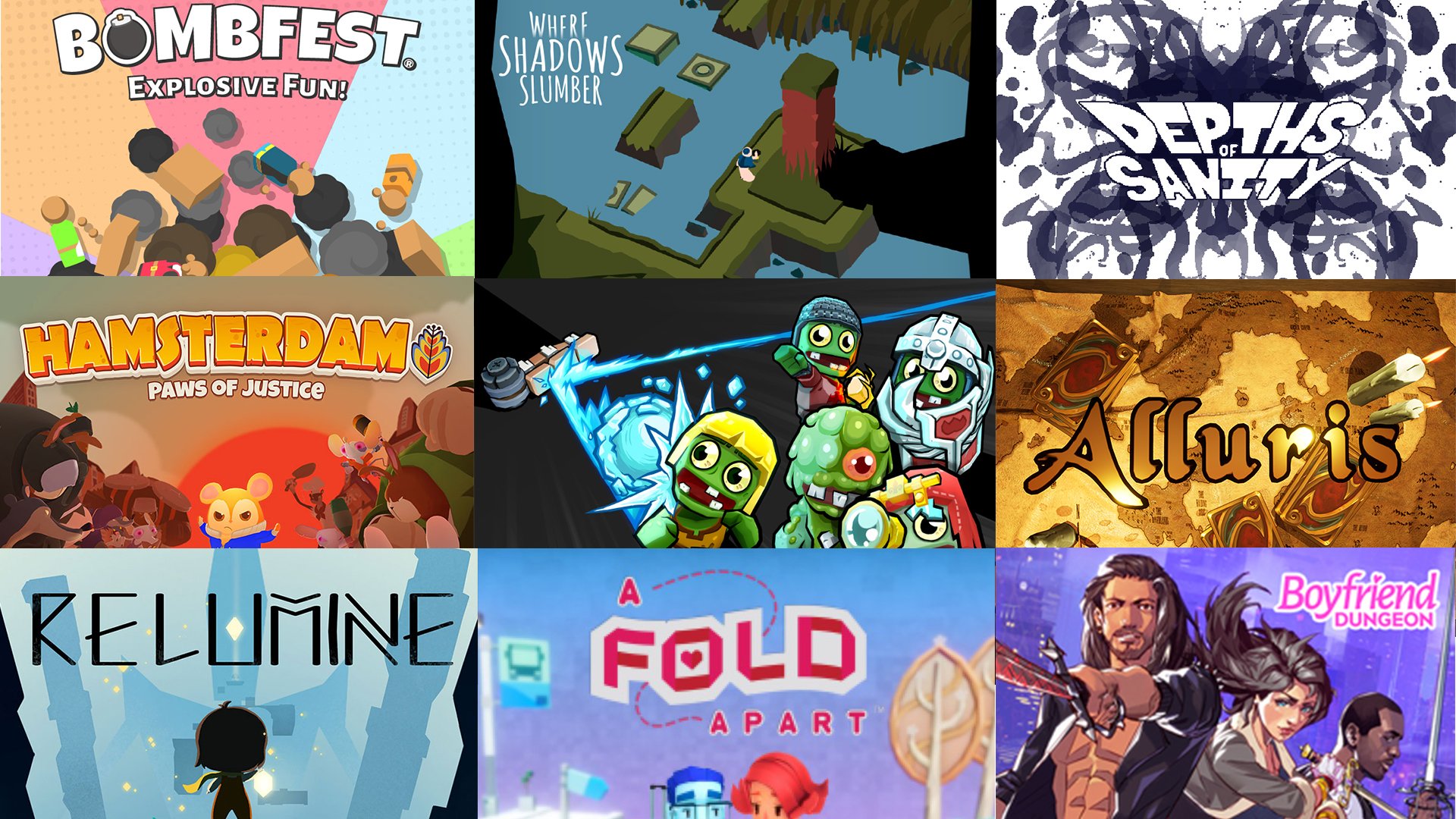 Casual Connect London and Indie Prize are now just two weeks away. The indies across the global games industry are some of the most creative individuals on the planet, and that's clearly evident in the unique games we've highlighted so far from Western and Eastern Europe, as well as Latin America.

Today, we're turning our attention to our own continent, North America. Check out the incredible finalists coming to Indie Prize below.

A Fold Apart is an award-winning puzzle game that explores the emotional rollercoaster of a long-distance relationship — in a world of folding paper! By flipping and folding the paper puzzles, you can help the couple overcome the emotional barriers of their relationship… but will love endure?

Romance your swords! Capture the hearts of weapons to level them up in this dating simulator, dungeon crawler mash up. Your weapons turn into beautiful people that get stronger the more your relationship grows. This is the "shack-and-slash" the world's been waiting for!

Blow the competition to bits, and be the last toy standing in a physics-based party game for you and up to three friends! Battle in wooden forts, on folding chairs, and inside the kitchen sink as you attempt to be the last player standing. Use bombs to eliminate your foes, but don’t get caught in a chain reaction of explosions! Featuring accessible controls, a whimsical art style, and chaotic physics, BOMBFEST is fun for all ages and skill levels. Unlock new levels, bombs, characters, and outfits as you blow up both enemy and friend alike. Don't have three friends nearby? No problem! Our handy dandy toy AI will give you a run for your money!

Zombie Rollerz is a randomly generated pinball action RPG with Rogue-like elements. Key Features:
- Randomly generated floors containing a myriad of levels, items, enemies and bosses, ensuring no play through is the same.
- 183 levels spread across 4 floors.
- 80+ skills and hundreds of skill combinations.
- 35+ zombie types each with their own special ability.
- 10+ bosses.
- 6 Heroes, each with their own unique set of skills.
- Full controller support aside from the launcher.

Something is brewing at the bottom of the ocean and it is up to you to investigate. Dive into this underwater metroidvania, coming Q1 2020.

Hamsterdam is a tale of a resistance led by an unlikely hero and a game where classic brawler mechanics meet rhythm & precision. You’ll need a blend of martial arts combos, quick reactions, and timely counters to survive vermin confrontations and boss battles on the mean streets of Hamsterdam.

Where Shadows Slumber is a mobile adventure puzzle game that takes place in a world plunged into darkness. You will guide Obe, an old man who discovers a mysterious lantern in the forest, on one last journey. In his world, anything that is not touched by light has the freedom to change.

Alluris is a swipe-your-own adventure game where you explore an interconnected world by only swiping left or right! Raid dungeons, steal loot, repair broken carts, marry a rat; this game really has something for everyone. Alluris attempts to marry the experience of playing D&D, the beautiful art style of Hearthstone, and simplicity of swiping! (Announcement trailer to be revealed on May 15)

Relumine is a puzzle adventure game where a young girl, Relu, must brave an ancient mine to find her father. There she finds a magic crystal lantern used by the ancient residents, which gives her the power to rotate the world. As she delves deeper, she discovers the fate of all who lived there, and why her father disappeared.