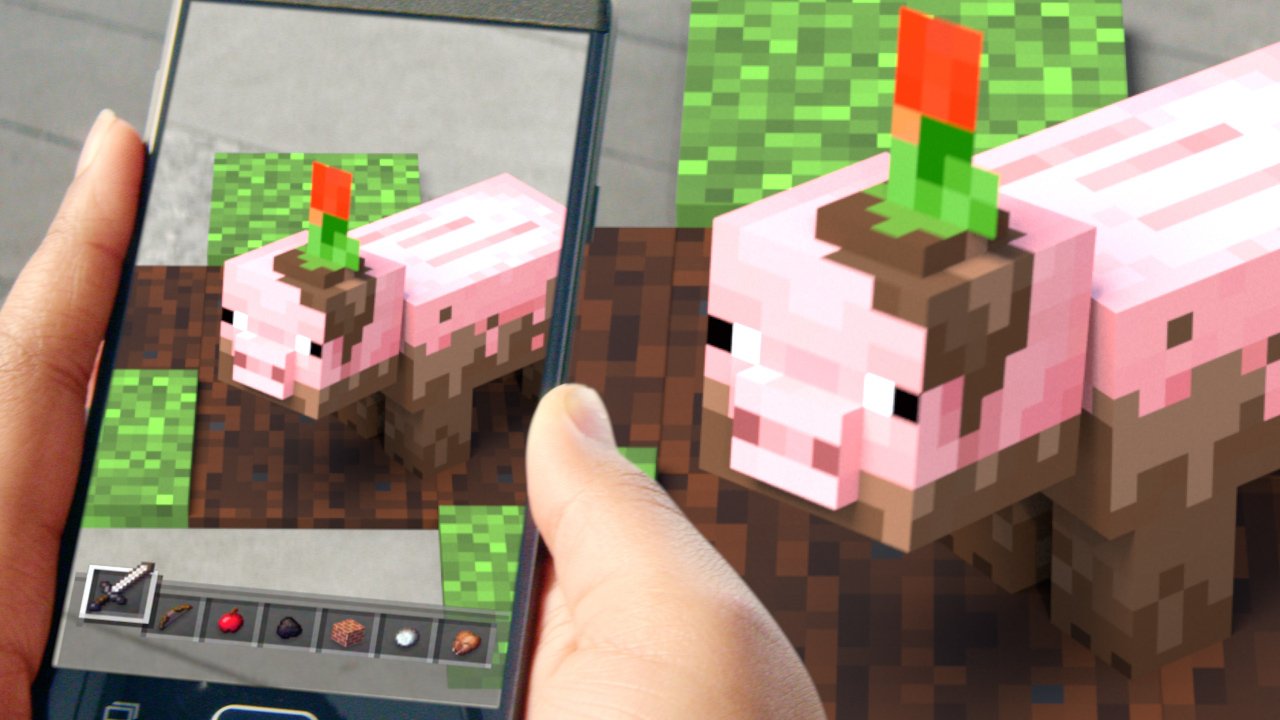 Minecraft is celebrating 10 years (and 200 million users n China) this week. To further augment its incredible impact on the game industry, especially with children, Microsoft has announced the arrival of Minecraft Earth. The new app will be available on iOS and Android in "closed beta" at the end of the summer.

Microsoft may not be looking to capitalize on the HoloLens 2 just yet, especially with that hefty price tag of $3,500 for a developer kit, but aligning a beloved franchise like Minecraft with the company's overall vision of augmented reality is an important step in the right direction.

Minecraft Earth also capitalizes on an important, ongoing trend of AR games utilizing well-known IP to introduce more audiences to AR in general. We've seen it with Pokemon Go, The Walking Dead: Our World, and Jurassic World Alive. Pokemon Go has seen global success, of course, but the other properties have acted as conduits for better understanding of AR fundamentals, both for developers and consumers.

"The game’s mechanics are simple: explore your neighborhood to find blocks and unique mobs for your builds," Microsoft's blog post reads. "Once you have them, any flat surface is an opportunity to build. Team up with friends to create amazing builds on Build Plates, and then place them in the real world to explore at life-size."

Additionally, Minecraft Earth will integrate PlayFab's live-ops platform, which will help govern the live game features required to keep Minecraft Earth running, and Azure Spatial Anchors AR tracking (as well as the rest of Azure) in order to create a holistic AR Minecraft experience, potentially without some of the hiccups that Pokemon Go had to fumble through in its early days.

Augmented reality technology is a little bit easier to break into for developers because, according to Newzoo, 26% of "active smartphone devices" are AR-ready. Instead of having to fiddle with Daydream and GearVR headsets, augmented reality is more accessible for the vast majority of consumers. It's as simple as booting up the app, point the phone's camera, and interacting with the AR objects in that space.

“High-end VR headsets require peripherals, which add a vital extra layer of immersion,” Newzoo originally explained in the report's press release. “While there are plenty of low-cost options to turn your phone into a VR headset (e.g.: Google Cardboard), interaction with the environment is limited. Daydream and GearVR are two of the most popular options on mobile, but they are only compatible with high-end devices, which make up a smaller slice of the smartphone market.”

Microsoft's decision to bring Minecraft to a global AR audience could be a continued boost for brand sustainability, in addition to aligning AR software with the company's AR hardware goals. Minecraft may be bringing in 91 million monthly active players as of March 2019, but numbers don't stay in the tens of millions without nurturing and tending. Minecraft Earth is a great opportunity to reach new mobile players that may not be old enough for Minecraft but can definitely hold a phone for long enough to "capture" blocks like they throw Pokeballs at their favorite Pokemon in Pokemon Go.