Casual Connect: 'We aim to inspire our players but they end up inspiring us,' says Media Molecule 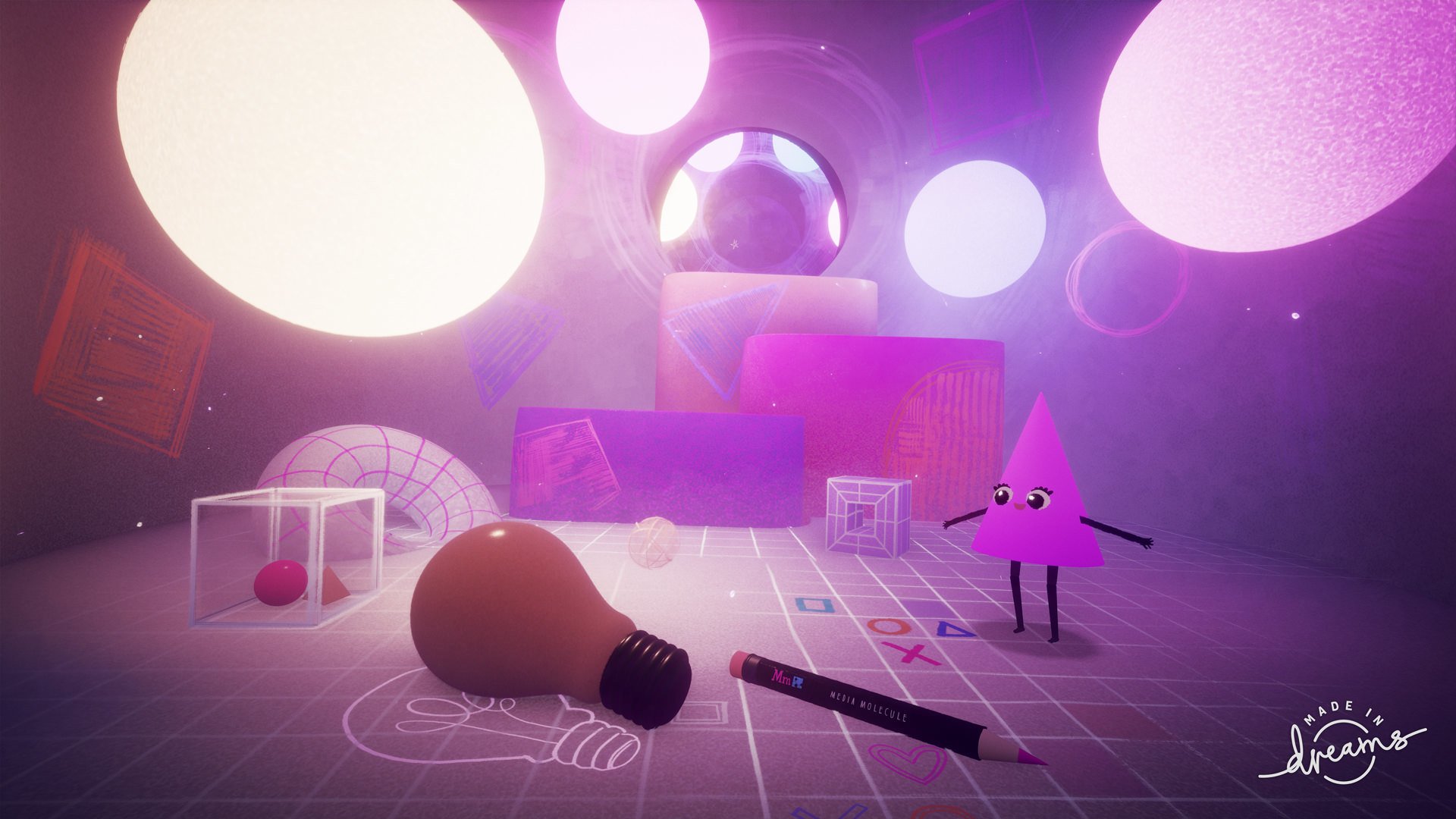 Casual Connect London (May 28-30) has a bevy of development talent coming to the show, and we couldn't be happier to welcome Siobhan Reddy, co-founder and studio director at Media Molecule, and co-founder Kareem Ettouney as speakers next week. In a special fireside chat, Ready at Dawn chief creative officer Ru Weerasuriya (Lone Echo, The Order: 1886) will be interviewing Reddy and Ettouney in a discussion about Media Molecule's development processes and what it's been like working on the community-focused title Dreams.

Guildford-based Media Molecule, famous for the LittleBigPlanet franchise and its in-game creation tools and sharing, is a natural fit for the modern era of live development, early access, Kickstarters and more, where the community gets actively involved. While the PC crowd has embraced modding, console players haven't had as many opportunites to create levels within their favorite games. By 2013, Media Molecule had already turned that notion upside-down, as over 8 million levels had been created by the community in LittleBigPlanet. It's fitting that the studio has launched its new title, Dreams, on early access for PlayStation just one month ago.

Dreams will enable players to "create anything from games to gadgets, music to movies, puzzles to paintings and everything in-between," and providing this level of freedom to the audience is both challenging and inspiring for Media Molecule.

"Creating a game creation suite of tools alongside content is incredibly challenging and it’s pushed us into new ways of making and working together," Reddy commented to GameDaily. "What we’ve learned over the course of development won’t be an exact parallel to the experiences of other studios, but hopefully there is some general knowledge about addressing creative differences and staying true to the vision of the game that will apply to anyone."

As with Steam Early Access, this period on PlayStation should prove to be invaluable for a developer like Media Molecule. Because this is such an atypical game that allows for a plethora of creations, player feedback is crucial.

"Dreams is so new, we are really keen to observe how the community uses it and how they develop over time," Reddy said. "We have no shortage of features and updates that we’d like to implement in Dreams as we go. Early Access is helping us prioritise what’s important to our creative community and how we can better help them and players who are newer to creating but want to give it a try."

It's not uncommon in the PC world for a mod creator to get a job as a designer or for a popular mod to take on a life of its own. Counter-Strike, for example, famously began its life as a multiplayer mod for the first Half-Life. Media Molecule isn't sure what to expect for Dreams just yet, but they are ready to embrace the burgeoning talent that's out there.

"Several members of the Dreams development team were hired on from the LittleBigPlanet community and we can’t wait to see what happens with Dreams," Reddy noted. "We aim to inspire our players but they end up inspiring us – it’s incredible to see how imaginative and supportive people can be."

One area of Dreams that could be particularly intriguring for aspiring developers is how it's going to open up creation within a VR space. Even the experts in virtual reality are still trying to discern the "language of VR" that works best for immersive and intuitive gameplay, but giving the community a suite of tools to create in VR will be illuminating. The Early Access version of Dreams does not include support for PSVR, but Media Molecule is working on it right now.

"We are still developing the VR component of Dreams and haven’t released it into Early Access. We want to make sure it’s best experience possible for players, especially as we aren’t just developing a game for it, we’re giving community the tools to make UGC VR experiences and publish them in Dreams. It’s really exciting and we want to make sure we get it right," Reddy said.

The fireside chat between Reddy and Weerasuriya is sure to be a can't-miss session on May 30, so if you've purchased your ticket, be sure to attend on Day 3! This is Reddy's opportunity to share some insights with our developer-heavy crowd.

She said that Dreams is "highlighting so many areas of opportunity in the industry to us – education, how we partner with other creative industries, games as performance – it’s so much broader than just games. We’re looking forwards to connecting with other developers that have different experience and backgrounds than we do, especially as we branch out into areas that are less familiar to us."