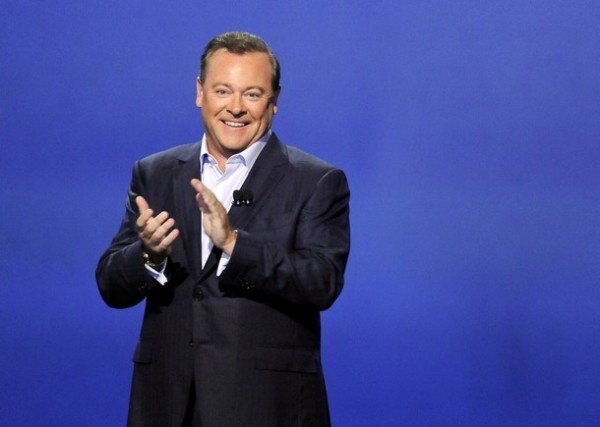 Jack Tretton led the PlayStation business in the USA for 19 years, and over the course of the last five, he’s worked with indies through his Interactive Gaming Ventures (IGV) initiative. The nearly 30-year industry veteran came to Casual Connect London to help us kick off the show with an in-depth fireside chat in which we looked back at PlayStation but also looked to the future and cloud gaming.

Tretton reminisced about the old days when he got to enjoy launching new platforms into the world. He said bring the first PlayStation to the market was “one of the coolest things I’ve ever done.”

“You work pretty tirelessly for a couple years leading up to it, not really sure how it's going to be received. You get there on launch day and you see the enthusiasm from the gamers and you really feed off of that,” he said, adding about the next round, “This will be the first platform launch [where] I don't have dog in the fight.”

While the “console wars” have been somewhat overblown by fans and the media, Tretton acknowledged that he definitely felt the tension the first day when he walked into Microsoft’s building as a possible business partner.

“You play to win and you fight for the team that you're playing for, but it really is a business,” he said. “It is a war in the sense that the success of another company might come at the expense of your ability to accomplish your goals. But in the end, we're all citizens of the industry and I've said many times that a rising tide lifts all boats. You don't want competition but it's what grows the industry and makes everybody better.

“I think outside of the corporate structure, everybody is pretty friendly and I've probably spent a lot more time with Microsoft over the last five years than I have folks I used to work with at Sony. I remember the first few times I walked in the building and people would kind of shake their heads and smile a little bit. And they were like, ‘Man you killed us at that E3.’ I was like, ‘Oh sorry about that but I love you guys.’ We were all friends but it's different when you walk in the building of a company you used to compete with and you're looking for their support and want to be involved in their platform.”

Now that Tretton is working with indies, he feels fortunate to be seeing a whole other side of the business, and he’s in awe of the constant creativity from development talent.

“My world for the better part of 20 years was the console industry, so the world revolved around not only the console industry but one console,” he said. “I've really enjoyed over the last five years appreciating the depth of gaming and that there are people involved in every different format and every different genre and there is just new stuff coming all the time. There is just this blank canvas that is a long way from being full. There's endless potential in it.”

The potential is there for sure, but the market has never been more crowded. And many indies unfortunately don’t understand the business as well as they should to be successful.

“The world I grew up in there were major studios who had all the dollars and all the development budget, there were major retailers who controlled whether or not your game ever got on the shelf, and everybody was beholden to them and it really limited the creativity and the business opportunities,” Tretton noted. “With the advent of the digital age and indie developers, you saw the number of triple-A publishers decline, you saw a narrowing of the focus among the triple-A publishers, going on less and less big budget games that they could really sell a lot of episodic content on, and then with the ability to sell digitally direct to the consumer from the stores, really anybody could be a publisher without having to be beholden to a major retailer or to a major studio.

“And I think that's the biggest difference to happen to the industry since I've been involved in it. There's just an endless amount of opportunity for a creative developer and I was really attracted to that. There's this huge pool of talent who has this incredible ability but in a lot of instances they haven't had a lot of experience in bringing a product to market and all the pitfalls that go into making a game successful and I thought I could help in that area and it's what I've been focused on in the last five years.”

IGV has already had more than 600 submissions to its fund, and Tretton’s company has evaluated every single one. IGV is deliberately being very selective, and unfortunately a number of developers are just looking to cash in on the hot trend of the day. That being said, it’s very important to be aware of what the big trends are.

“Everybody wants to make the next Fortnite. The best thing is to make the first Fortnite,” Tretton stressed. “I think you don't want to be the fifteenth Fortnite. You realize that the genre is hot, and if you have a spin on that genre, and you can migrate gamers over from a popular game like Fortnite, that's a winning formula, but I don't think you want to react to trends. I think you want to try to be there in concert with them or ideally set them, and the thing is to do what you're passionate about.

“There's no way to look at it as math formula, you need to do what you're passionate about. Following trends is chasing money, it's not chasing innovation. Innovation is what has always driven this industry and that's what will continue to drive it.”

For Tretton and IGV, the mission isn’t to just to make a profit on indies like some disposable resource. IGV wants to build long-term, successful relationships together.

“We're looking for long-term relationships, not one-and-done,” he stressed. “We're looking to get involved with the developer and ultimately say, ‘Ok if this works out, you never have to worry about raising money for your next game’. We're looking for people that are in growth stage. Unfortunately, I think it's difficult to work with studios that are just forming and putting out their first game but it's also probably not a target [for us] to work with a developer that's been out doing it for a long, long time and already has an established culture. We're looking to get that team that's on their second or third game, has had commercial success but is looking to build from there. And then we want everybody to be aligned. There's a lot of investors that are going to make money all along the way, and there's a lot of teams that want to make sure they are pulling decent money out of the development budget while the game is being built.

“We want everybody that's aligned completely … and we all win together or we all lose together. There's no way the investors come out ahead and the developers come out broke, or conversely that the developers got fat and happy and started three projects over two years and all our money is gone and we got nothing to show for it.”

Later on in an audience Q&A, he added that a lot of other venture funds “expect six projects to lose all their money and the seventh one to do a twenty-fold return [but] we expect all our projects to be successful. I think our investment strategy is unique to us.”

A lot of the industry is keeping a close eye on cloud gaming, especially as Google, Microsoft and Sony all ramp up. For Tretton, though, the business component needs to be proven even more than the technology and latency issues.

“The biggest thing that I'm looking forward to understanding is the business model,” he remarked. “Any type of streaming service or any type of catalog subscription download is great for games that have kind of run their lifecycle and are part of a selection of games you can play when you have some spare time. But if you've put your heart and soul and development dollars into building a game that you want to take to market and you have opportunities on every platform to monetize that for whatever price you're selling it at, how does that work as part of a cloud gaming service? What are you going to pay the developer to have the right to their game?

“Because if I can just sign up for X dollars a month to play that game to my heart's content by streaming it, why would I buy it on another platform? As a developer and investor, I've got to see a business model that says this is as profitable and not a threat to putting my game out on console or PC to bring it over to a cloud streaming service. To me, that establishment of it being a viable marketplace for Day 1 releases is when cloud gaming becomes relevant on the level of the console and the PC.”

Stay tuned to GameDaily for more coverage of Casual Connect London this week!