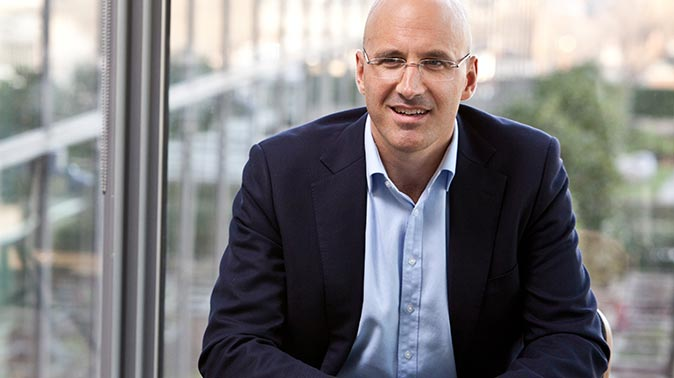 King Digital co-founder Riccardo Zacconi is leaving his post as CEO of the company he helped found 16 years ago. He won’t be going far, though.

In a May 24 SEC filing, King owner Activision Blizzard disclosed that Zacconi will be departing his post on July 1, 2019. He will be transitioning to a new role as the company’s chairman, a part-time role that will require no more than two days of work per month to “provide guidance to the management of the Company.”

Zacconi will be taking a severe paycut as part of the transition. In 2018, he earned $19.8 billion (inclusive of salary, bonuses, and stock options). As chairman, he will earn €100,000 and be entitled to 1% of the King profit sharing pool.

While the leadership change was just announced, there was a hint that something was looming in the organization’s C-suite. In January, Activision Blizzard announced that former King chief financial officer and chief strategy officer Humam Sakhnini had been promoted to the new position of president to “oversee all operational management in partnership” with Zacconi.

"We are pleased to announce that Riccardo Zacconi will take up the new position of Chairman at King," King told GameDaily. "In his new role, Riccardo will continue to work closely with Humam Sakhnini, who was promoted to President in January 2019. In his current role, Humam oversees all aspects of King’s business and company operations, and heads up the King management team."

Since Activision Blizzard’s $5.9 billion acquisition of King Digital initiated in November 2015 and closed in February of the following year, the company’s monthly active users (MAUs) have been in sharp decline. Since second quarter 2016, usership has plummeted by more than one-third, from 409 million to 272 million.

After seven straight quarters of decline, MAUs bottomed out at 262 million. There has been a slight recovery over the past two quarters.

Meanwhile, King Digital’s revenue has increased from $484 million in second quarter 2017 to $529 million in first quarter 2019. This indicates a significant increase in average user spending despite the drop in usership. Operating income has stayed flat, indicating that operational efficiency has declined slightly despite increased spending per active user.

In its most recent financial filing, Activision Blizzard attributes King’s recent growth to Candy Crush Friends Saga, which was released seven months ago. New titles create a surge of players, but also typically carry additional costs for promotion and acquisition.

King’s 10 million monthly active user growth is a positive sign. However, with Activision Blizzard’s thinning lineup across its business units and over-investment in areas like esports, the mega-publisher needs King’s recovery to be stable rather than an anomaly.