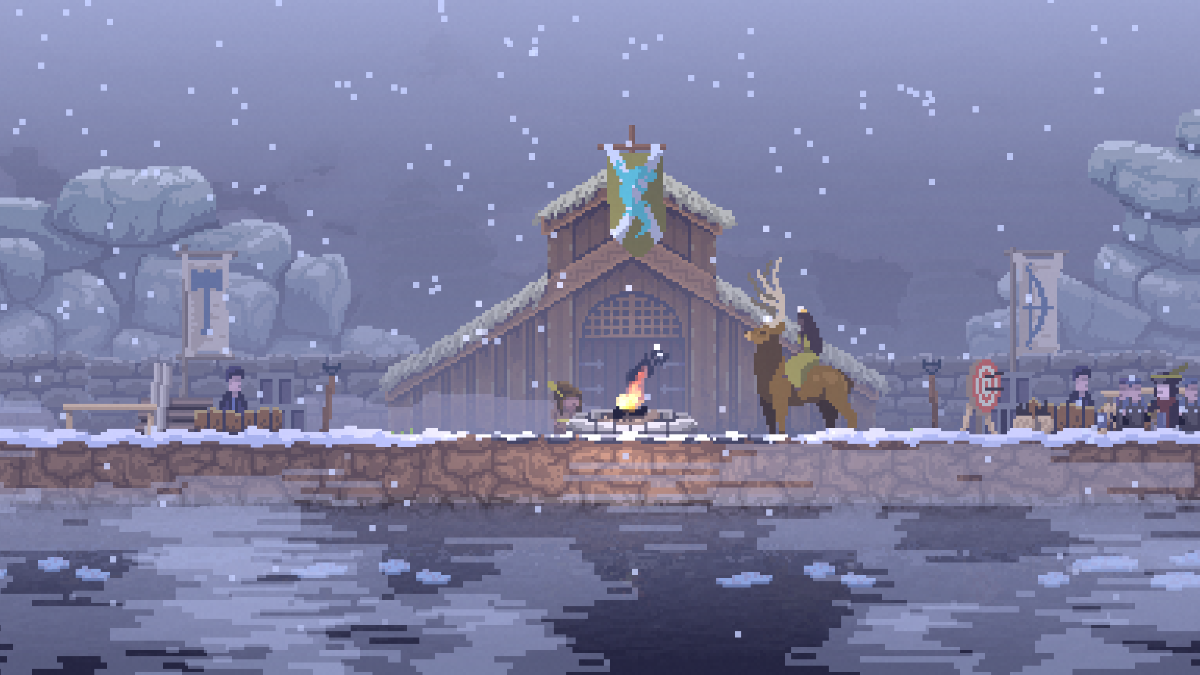 The side-scrolling strategy series Kingdom is one of the most successful indie franchises from the 2010s, and it's set to become Swedish indie publisher Raw Fury's intellectual property. Raw Fury purchased the series from Kingdom co-creator Thomas "noio" van den Berg for an "undisclosed amount," a press release obtained by GameDaily.biz reveals.

The Kingdom series originally began as a free Adobe Flash game released in 2013. That title was quickly followed by a dedicated 2015 release, now called Kingdom: Classic, as well as 2016’s Kingdom: New Lands, and the series’ latest release, 2018’s Kingdom Two Crowns. Since then, all three games have sold over four million copies; the original Kingdom: Classic also made back its production cost within 24 hours, GamesIndustry.biz reports. Kingdom: Classic was Raw Fury's first published game, and working with van den Berg "effectively shaped how we collaborate with the developers we're fortunate to call partners,” the company claims in its press release.

“Kingdom means a lot to us both personally and as a company, it’s one of the cornerstones of our success and a testament to how we do things here,” Raw Fury founder Jonas Antonsson said in the press release. “We usually work with small teams that are highly creative and, at some point, they may want to explore new things. We always want to support this, and we try our utmost to find a good way to both move games and franchises forward while making sure the developers have the freedom to delve into these endeavors. We love seeing them come up with some new magic whether it’s in collaboration with or independent from Raw Fury.”

The deal came about on good terms. After van den Berg chose to "move away from Kingdom in order to pursue new projects," the two reached an agreement. This is because Raw Fury does not own the IP rights to the games that it publishes, nor does it plan to seek out any such business arrangements. The approach empowers its developers by fostering trust between both business parties; in van den Berg’s case, he seemed enthusiastic about the deal, praising Raw Fury and its commitment to his series over the years.

“The first pixels of Kingdom I put on digital paper around 2011, it’s been a long and interesting time working on something so dear to me. But now, I’d like to continue challenging myself and explore different kinds of projects,” van den Berg explained, according to the press release. “And whereas most Kingdoms don't last long, the Kingdom series deserves to go on. For that, it’s great that Raw Fury has been so deeply involved in the game for so long, enabling them to take the series somewhere I never could. Two Crowns is evidence of that, it was thought out almost entirely by Gordon, with great success. I look forward to seeing what is next, and to become a Kingdom player myself.”

With van den Berg's departure, Raw Fury co-founder Gordon Van Dyke will lead the series' future instalments, promising that he will be "protecting the careful crafting and diligence of the series" while paving the way for future work. Raw Fury also plans to bring about "updates, expansions, new platforms, and new games,” Gamasutra reports. To commemorate the deal, Kingdom: New Lands will be available for free via the Epic Games Store from June 6 to June 12.

Raw Fury first came about in 2015, and since its founding, it's always positioned itself as an alternative to traditional publishing routes. Declaring itself an "UnPublisher," Raw Fury is staffed by former developers who hope to "dismantle how publishing traditionally works, in favor of actually being there for the developers," the company wrote in 2015. Its goal is to serve as "a support unit," letting developers lead production while aiding their work as needed.

“We’re all former developers. We used to run studios, design games, produce them and ship them,” Raw Fury explained. “We’ve seen all the shizzle, when it comes to developing games and dealing with all the traditional models. We’ve tried it all on our own skin. Now it’s our time to help fellow developers to achieve their best work and get it out there. Into the hands of people that truly appreciate what they’ve striven to create.”

And Raw Fury certainly put its collective money where its mouth was with Kathy Rain in 2016.

"In this day where closing studios is the established and accepted norm, we want to do our part to combat the norm," the publisher wrote back in 2016, as covered by GameInformer. “We want to challenge how success is measured and point out that money shouldn’t be the only applied metric. In an industry that is smack full of impostor syndrome, depression, anxiety, and other things that are sometimes associated with the emotional work that goes into creativity, it is also important to think about how we measure success and failure. Of course money is important, as an enabler, but sometimes you need help creating something that doesn’t only serve commercial value, but an artistic need. Not acknowledging that is to miss the point of making games.”

Raw Fury’s developer-centric model is an attractive one for independent developers, and for publishers, it fosters the kind of long-term trust that can lead to successful deals between a developer who voluntarily walks away from their IP. Granted, breaking away from the traditional publisher-dominated business model is complicated. It requires an experienced team with strong leadership capabilities, solid communication skills, and a good faith approach to negotiating the business world’s minutiae. But if Kingdom’s success is any indicator, it’s a model that may prove more profitable in the long-term for smaller publishers.