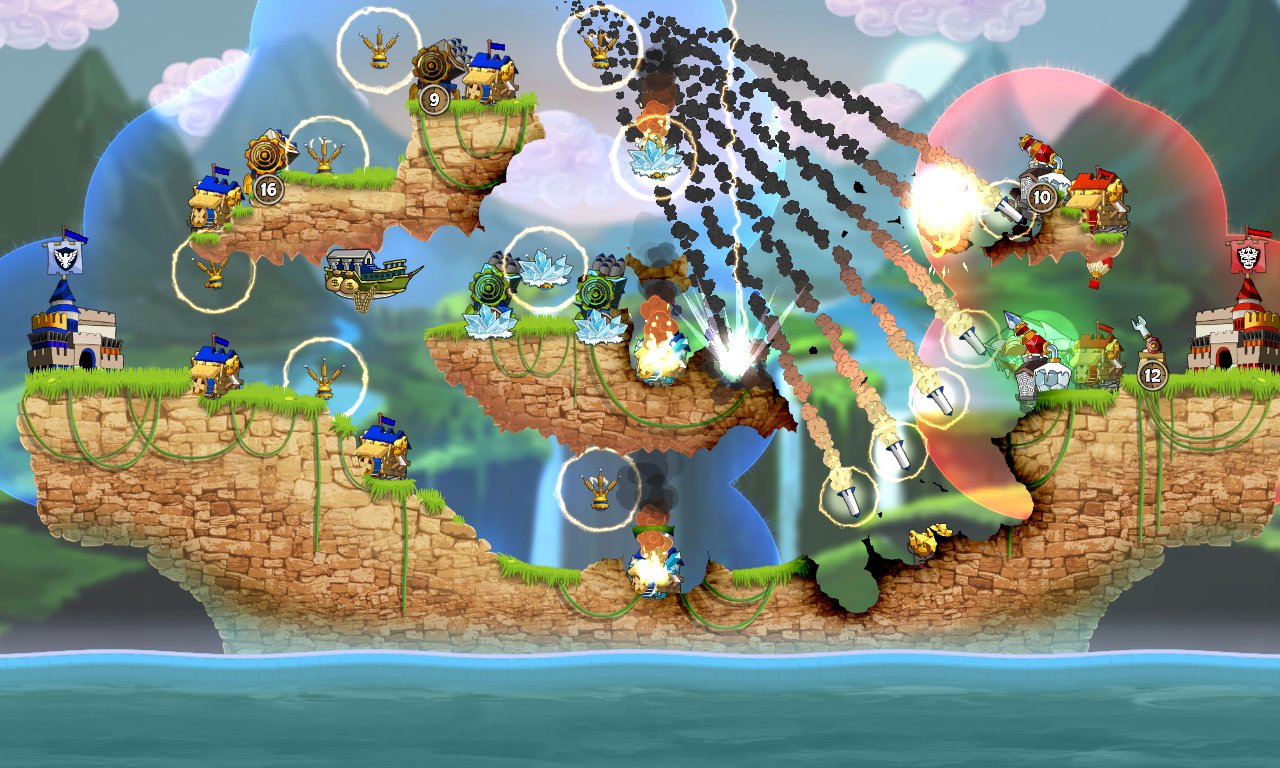 Board game app developer, Theresa Duringer (Ascension VR, Race for the Galaxy), has publicly accused mobile game studio DoubleJump of “cloning” (or copying) her contest submission and selling it as their own product.

Wow. The guy who cloned my game Cannon Brawl had the gall to request keys for my latest game. How should I respond? #CannonBrawl #CosmicShowdown @SSundee pic.twitter.com/blMSFrpOha

On June 3, Duringer shared a screencap of an email supposedly from YouTuber “Ssundee,” who, in a video promoting DoubleJump’s Cosmic Showdown, describes himself as a co-owner of the studio. In the email, Ssundee asks Duringer for three keys to her newest game, Shards of Infinity, so he can play it for his YouTube channel, which has 11 million subscribers.

“Wow. The guy who cloned my game Cannon Brawl had the gall to request keys for my latest game,” Duringer wrote. “How should I respond?”

Duringer proceeded to share images from a past game she developed, called Cannon Brawl, and compared it to DoubleJump’s Cosmic Showdown. Duringer said on Twitter that it took her three years to make. According to Duringer, Cannon Brawl was submitted as part of a contest in which one member of DoubleJump was a judge.

For context, this is Cannon Brawl, it took me 3 years to make. pic.twitter.com/77XQAC5omW

Then this game came out. Cosmic Showdown. A near exact clone. pic.twitter.com/T8XEgv0vHP

“The credits for Cosmic Showdown included the name of a judge of that contest,” Duringer wrote. “I guess the game wasn't good enough to win. Just to clone? The contest even cost money to enter.”

In a video posted on August 18, 2018, Ssundee showed off Cosmic Shutdown, along with the title “I spent $1,000,000 on this game.” Ssundee has made at least five videos of himself playing Cosmic Showdown. In his first video, Ssundee claims it took DoubleJump more than a year and $1 million to make.

Neither DoubleJump nor Ssundee appear to have responded publicly in any way to Duringer’s accusations.

Historically, the legality surrounding contest submissions is iffy, as was the case back in 2013 when Electronic Arts hosted its own game development contest. According to Game Informer, in the fine print of the contest’s application, EA included a demand for a royalty-free, irrevocable license for any submission. When Game Informer asked for comment, EA described the contract as “prematurely” posted, but that did little to actually address concerns over the loss of rights to your intellectual property.

It’s currently unclear which contest Duringer participated in, and if a member of DoubleJump acted as a judge. It’s not unlikely, however, that the contest may have operated on similarly gray legal wording.