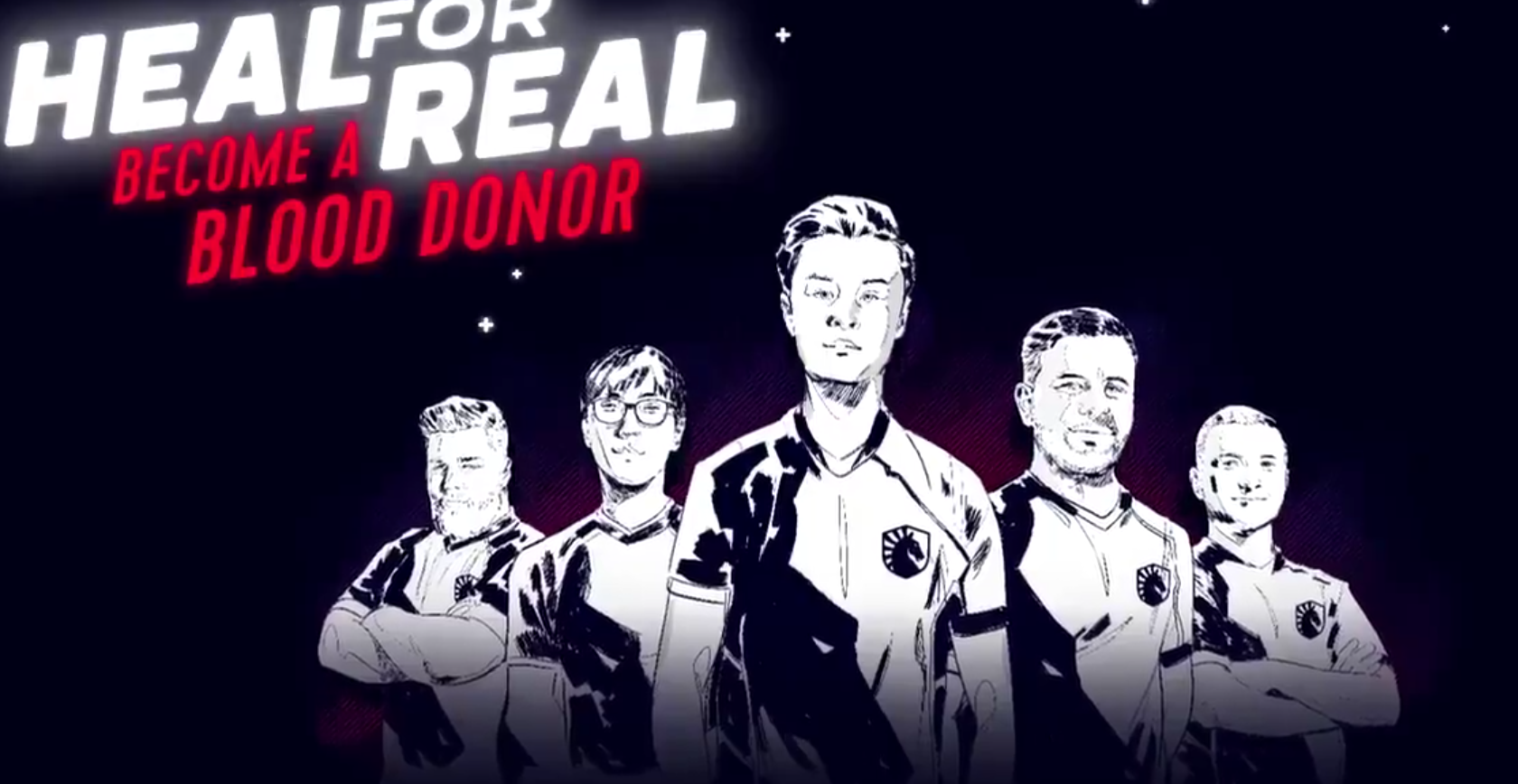 In preparation for World Blood Donor Day on Friday, June 14, esports organization Team Liquid has announced a partnership with Blood Centers of America. The campaign is an effort to encourage the gaming community to give blood, a resource that is always in demand, especially from donors aged 20 to 34 years.

“Blood donations have never been more important, and everyone can play a part in making sure that people who need blood are able to get it,” Bill Block, BCA president and CEO said in a statement. “What we see is that over 45 percent of blood donations come from donors that are over 50, and the average age of donors is increasing each year. We need to engage younger generations in order to maintain an available blood supply.”

To that end, BCA will be rolling out Team Liquid-branded buses to universities and esports events, and offering Team Liquid t-shirts to donors. According to a press release, the partnership is going to encompass a year-long campaign for blood donations.

“We’re proud to partner with Blood Centers of America and its members on this live-saving initiative,” said Steve Arhancet, co-CEO and owner of Team Liquid. “Our fans are such a supportive, tight-knit community, and now we’re calling on them to help us accomplish something bigger than what we could achieve in any competition. Collectively, we have the opportunity to make a measurable impact on communities as well as save lives.”

We are ready to #HealForReal

We're partnering with @BCAbloodcenters to address the national blood shortage. Be ready for World Blood Donor Day on the 14th and check out https://t.co/Nh16vLjGHb to learn more! pic.twitter.com/QElMxpXeFU

According to American Red Cross, 4.5 million lives are saved each year by blood transfusions, and every two seconds someone in the U.S. needs blood. One pint of blood can save three or more lives. With only roughly 20 percent of donors being between the ages of 20 to 34 years old, the partnership between Team Liquid and BCA is a respectable effort. It’s also a relatively unfounded partnership, with no benchmark in the world of esports. The growing esports market is full of untapped potential when it comes to blood donation, so this campaign is likely to break some ground.

“This is a unique opportunity for us to reach a crucial demographic of eligible blood donors in the U.S.,” Block said. “If everyone touched by this campaign signs up and shares the message with family and friends, we would see a major difference.”

There is a good deal of precedent when it comes to charity within the gaming community. Every year, the Extra Life Game Day brings in millions of dollars for childrens’ hospitals around the country. Last year, more than $8.8 million was raised by participating organizations. Games Done Quick, an organization dedicated to speedrunning through games, holds a handful of fundraising marathons a year, with proceeds going to various charities, such as the Prevent Cancer Foundation and Doctors Without Borders.

While raising funds through games is a well-established practice, campaigning for blood donations is not. It’s certainly an important cause, though, and hopefully Team Liquid and BCA can bring some needed attention to the critical shortage of blood the country is currently seeing.