E3 2019: LEGO Star Wars: The Skywalker Saga is the reboot the franchise needs 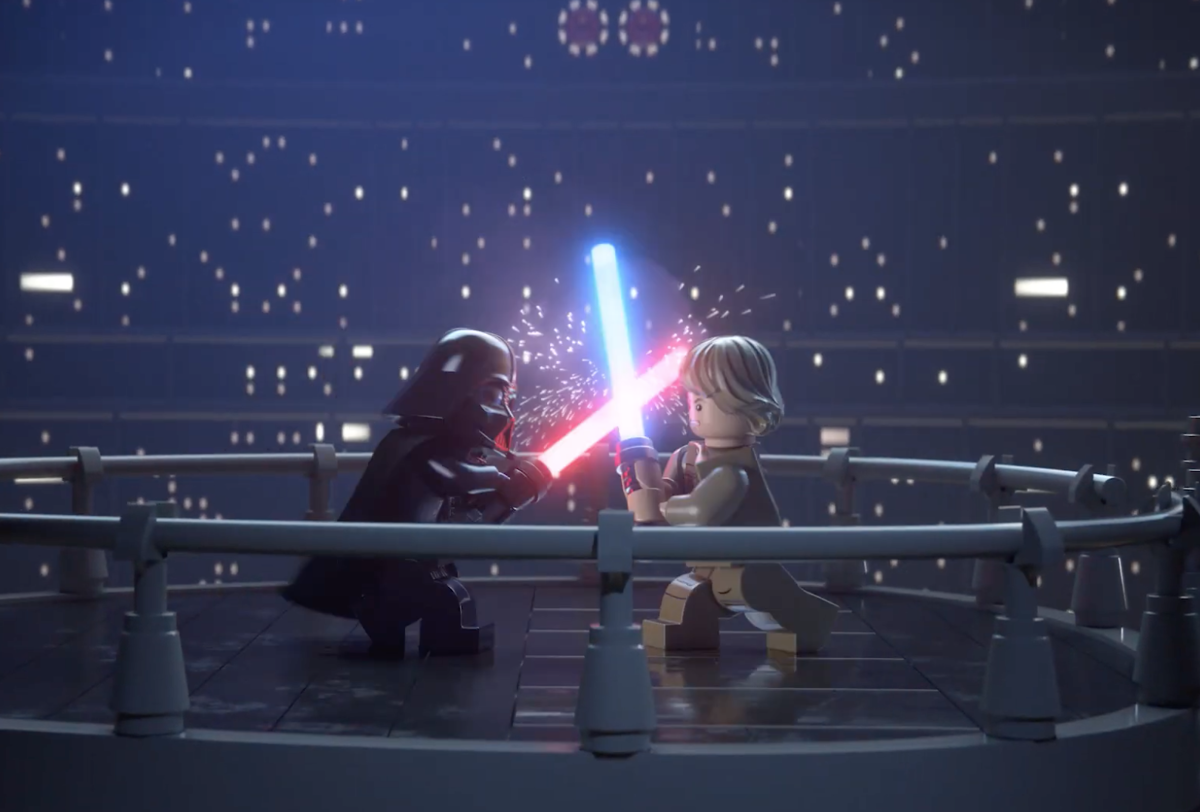 When TT Games’ LEGO Star Wars: The Skywalker Saga launches in Spring 2020, it will have been nearly 15 years since the studio’s first brick-busting entry. So much has changed since the original LEGO Star Wars. Since then, voice acting has been introduced, the franchise has embraced open world gameplay, and TT Games has been given license to build out their own stories in both the Marvel and DC comics universes.

Still, it’s time for a change.

“Our old technology served us really well,” TT Games head of design Arthur Parsons told GameDaily. “To be able to just do something new and in order to make the game this big, we needed to basically reboot our technology. Effectively, everything has been from scratch, whether it's character movement or the animation system, or HDR. Everything has been done brand new to be able to get worlds this big looking this good. Even just the way that LEGOs weather over time. That's going to happen anywhere you go, and it will be dynamic. It's all of those things that are going to make it more believable.

When players boot up The Skywalker Saga, they’ll be treated to a wheel of motion dioramas featuring scenes from each of the nine core movies (sorry Rogue One fans and Solo fan). You can start anywhere in the timeline, drop into space, and cruise off to any of the available planets.

Since you can approach planets from a variety of starting points, TT Games needs to navigate some of Star Wars’ narrative inconsistencies and elements that naturally change throughout the approximately 70 years from the start of The Phantom Menace through The Rise of Skywalker. For instance, you can fly to Alderaan if you start with Attack of the Clones, but (spoilers) it won’t be there if you try to visit during The Force Awakens.

“There are a few bits where [game director James McLaughlin] is scratching his head,” Parsons said. “He was telling me about something on Dagobah, where Yoda's house is in a different place. Depending on how you play through the game, different things will be in different places. [Jabba the Hutt’s] sail barge wouldn't be there in A New Hope, but is there obviously in Episode VI. They have this huge list of things that need to be right if you come this way or that way. Thankfully, it was a finite list.”

The theatre demo at E3 was a brief look at the sweeping changes in the latest in the LEGO franchise. The game is gorgeous. Better still, the combat has been modernized. Melee combat now has a combo system mixing up light and heavy attacks. Ranged characters no longer “spray and pray.” They can aim-down-sights for precision shots that make action-RPG damage numbers pop up. Location-based damage means hitting an enemy in the leg will make them fall down. Hitting them in the head deals additional damage.

Consider The Skywalker Saga to be TT Games’ Assassin’s Creed Origins moment: a venerated series completely reinvisioned for a contemporary audience. This includes the audio. Previous LEGO games based on movies like Lord of the Rings, The LEGO Movie, and even the more recent LEGO Marvel’s Avengers relied on audio from the movies (called “stems”).

“If you think of LEGO Star Wars from 15 years ago, people's games expectations are just so much higher in terms of how things look and feel,” Parsons explained. “We've changed everything. There's nothing that was carried over. It's all been redone from the ground up. Everything will be re-recorded. We've done some VO recording and there's still some scheduled in. We're not going into great detail about the cast. Everything is new. There's no stem work.”

LEGO Star Wars: The Skywalker Saga is a passion project for McLaughlin, according to Parsons. And it’s designed to give players choice about how to move through the movie universe alone or on the couch with a friend (WB Interactive declined to comment yet on whether online play will be included.)

“When [McLaughlin] did LEGO Star Wars III, he was like, 'One day, I'm going to do the whole galaxy, where you can fly around.' I said, 'Yeah. Of course you are,'” Parsons recalled. “He's the nerdiest Star Wars guy. He'll get every reference, every meme. You could go halfway through Episode VI and just fly off to a different planet and then start that episode. Think of it like graphic equalizers.”

That means you can play however you want. You can even play through using the “machete order” or even more ambitious “Ernst Rister order.”

“There are people who will go I, II, III, and all the way through,” Parsons said. “And there are people who will go through the internet order of things. There will be some who go a little bit through and get sidetracked and go somewhere else. Each movie progresses through the five levels linearly. Once you're on that journey, you can just tap out.”

I fully expected to walk into my LEGO Star Wars: The Skywalker Saga demo to see polished, updated versions of the original games from a decade ago. A coat of paint and nostalgia for those now-classic games might have been enough to move some copies at retail.

I came out more excited for a LEGO game than I have been in years. The story will hit all the familiar beats I love, but it won’t feel rote or rehashed. This is the LEGO game we’ve been waiting for.