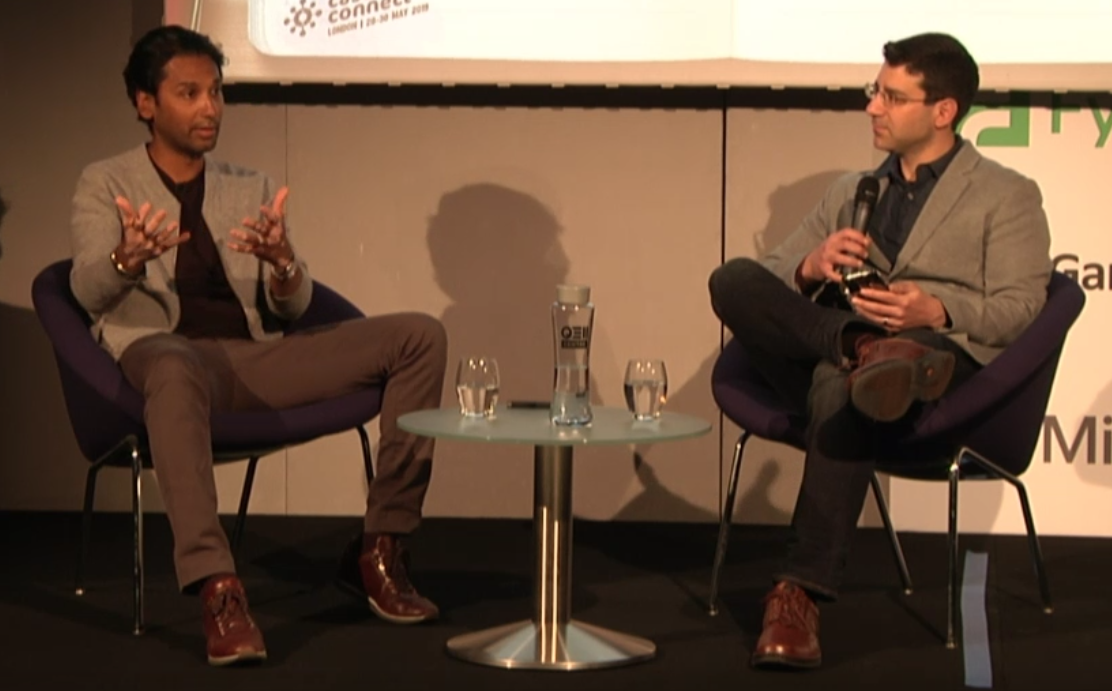 If you were a fan of Sony’s ill-fated PlayStation Portable in the mid-2000s, chances are you played one of Ready at Dawn’s breakout games, Daxter, God of War: Chains of Olympus, or God of War: Ghost of Sparta. The Irvine, California-based studio cut its teeth on these great titles, and during the recent Casual Connect London show, I interviewed co-founder Ru Weerasuriya on stage about how his studio has managed to evolve, succeed and remain independent.

Weerasuriya explained how he got his start in games following a chance encounter with Nilo Rodis-Jamero, one of the artists responsible for a number of designs in the original Star Wars trilogy.

“I got to know him and have him see my portfolio, and he's the one who pushed me to go interview in different places,” he noted. “I ended up interviewing at Blizzard. [So] my first job back in the '90s was working on Starcraft as my first game… I couldn't ask for a better way to start. And since then it's been Starcraft, Warcraft 3, World of Warcraft. [After that I] started [Ready at Dawn], and it's been an amazing ride.”

After getting Ready at Dawn up-and-running, Weerasuriya got another helpful hint from Naughty Dog co-founder Jason Rubin, who encouraged him to use the Daxter IP on the PSP. While every developer dreams of making new IP, working on great franchises while starting a studio was possibly more conducive to Ready at Dawn’s early success.

“We definitely felt that we had the strength to build an IP, but using an existing IP to actually build the team around was gonna be a better attraction point for us personally,” Weerasuriya explained. “So it was a natural evolution for us to use those IPs, but it was one of those things where it felt easier in one sense to use that actually as our constant so that we could tackle all the other problems.

“It was important to know that when we started the company we had multiple challenges. There was the challenge of actually starting a company, the challenge of building a team around that brand that you want to build as a company. [Then there’s the] technology, [so] you have all these hurdles in front of you that you have to tackle to make a game.”

It took more than six years for Ready at Dawn to build its own IP, The Order: 1886. Ready At Dawn didn't want to be pigeon-holed into a specific kind of game along the way, so the team worked to keep the ideas coming for a variety of different concepts in a wide array of genres.

“We've made 10 different genres of games, which is not common for a studio,” Weerasuriya said. “Usually you get really good at something… and you replicate that over the years. I've talked to you in the past about development ADD. We started off on a platformer, we decided from a platformer to basically make a third-person action game, we went from that to more of an RPG with Okami and the [Wii] port. We moved from that to a third-person shooter, which was a story-driven third person shooter. We went to arena combat, we've gone into VR experiences andstory-driven VR experiences. We've got into esports as well.

“But all of those decisions were actually made because we had the liberty to make them. I don't think had we been kind of under the umbrella of a bigger company that [would have been permitted]. [We] would have probably needed to perfect the craft that we built originally.”

Ready at Dawn is one of a handful of remaining triple-A studios that’s managed to stay independent. Weerasuriya has repeatedly stressed that it’s the unique people that he works with that have made it all possible.

“I would tell you the key to success for us has been, honestly it's a simple answer: it's our team. It's the people,” he said. “It's been kind of interesting to see how we've evolved. We started with 3 people, and we're about a 140 right now. The choice always comes to you to stay independent. Do you want to basically keep making your own decisions, and taking the risks? It's not an easy path. I think the last 10-15 years has definitely shown us that it's not an easy path. Most other people that I know that started at the same time as I did sold their companies… But what was amazing was, throughout all of this the reason why we stayed independent was because of the people. We got people that had certain passions, and we always felt that those passions could be only fulfilled by us making our own decisions right now.

“Doing all of those different [types of games] meant that the studio also grew by bringing a lot of different people. We have people coming from every walk of life,” Weerasuriya continued.

While diversity of game genres is healthy for creativity, Weerasuriya has always stressed diversity of people at Ready at Dawn. He believes in stems in part from his European upbringing and values.

“I grew up in Switzerland. My partners [who I] started the company [with] are Italian and French. For us, it was extremely important to make sure that we brought that culture to the company itself,” he noted. “I think a lot of studios in the US kind of worked throughout the year, have two weeks of vacation. Very early on we put in a Christmas week off because in Europe we're so used to it. It's simple things like that start the way your culture goes. And from there, you start realizing that in order to keep that culture going, you can't just rely on 3 people that come in. So diversity for us meant we started hiring very early on from all over the place internationally. When it was hard to get work permits we would double down on actually helping people come to the US. That took a lot more work than we necessarily needed to do. But it did help the way we thought about things, whether it was diversity in cultures, diversity in genders, diversity in race.”

At one point, Ready at Dawn would hire a third or more of its staff internationally, and that “really helped us kind of have this tone inside the company that it wasn't just about what the industry was built on, which was a very male, white male-driven industry for a long time,” Weerasuriya continued.

“And having that ethic from very early on, from the early 2000s, meant that even as we hired more women in the company, we as a small company, especially as an independent small company that doesn't have an initiative or group that cultivates just hiring women, we still have...more than 20-25% women in the company. And usually I know that it's much smaller in most development teams. So, for us it is an active part of the way we function, and it also is an active part of the way we make games because [when] you bring those kind of people in, you make better games. You make games that actually appeal to a broader audience.”

Bringing in a diverse group is only half the battle. Treating people at your studio with respect and ensuring that they have proper work-life balance is a key part of forming a good company culture.

“You should never impose [crunch] on people,” Weerasuriya said. “One thing we have done with the company, we've told everyone that comes in [that] we'll never [force] anybody to stay longer than they need to. If you love what you do, we do it for the passion and sometimes… you just stay there because you want to finish something, or you want to perfect something... It's an art form, and an art form is hard [sometimes] to just put between in-and-out hours.”

Weerasuriya is a big believer in team building activities, too. It helps productivity if coworkers are friends.

“We've built what we call 'fellowship of fun'... We try to basically make sure that people understand you are working with someone you see day in and day out, and you need to communicate with them, you need to basically be able to share easy times with them. You know, barbecues, and outings and all that stuff. So we do put a very strong importance on the people and the quality of the people, and the quality of their lives as well in the company,” he added.

From a creative standpoint, Weerasuriya also stressed the importance of prototyping, which they do “a lot” of, and conducting game jams at the studio. Ready at Dawn takes two separate weeks off during the year specifically to foster this kind of creative thinking.

“They're allowed to do whatever they want for that week,” Weerasuriya said. “That means that they can do it alone [or] they can just partner with somebody else. The last game jam we had, I think 20 people practically partnered to make one single game. Those game jams actually have spawned games that we've now developed. Echo Arena actually came out of a game jam. Echo Combat came out of a game jam. One of the ideas that came out of the last game jam in January most likely will make it into a game actually in the future.

“So, when it comes to us prototyping, we involve everybody. We tell anyone -- it doesn't matter if you've been here for a year or for 15 years... You have every right to basically throw an idea into the pool… We want to make sure that everybody has ownership of the games that we do.”

The full video from Casual Connect London will be posted on YouTube in the near future, and you’ll be able to hear much more from Weerasuriya, including his thoughts on VR, esports, and why he took a timeout from running the company as CEO in 2015.