League of Legends blocked in Iran and Syria because of the U.S. government 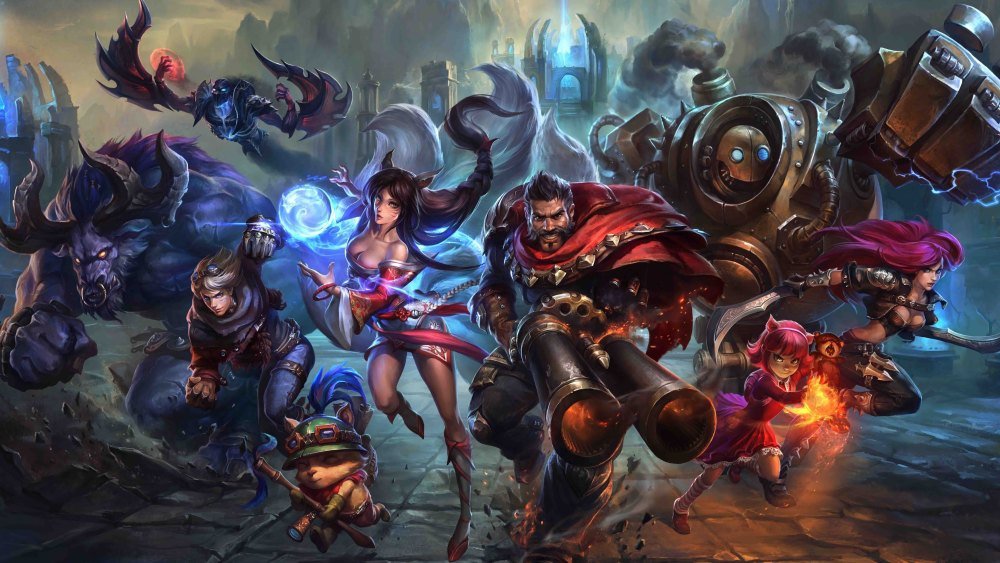 League of Legends is fast approaching its 10-year anniversary. The decade-old MOBA game remains one of the most popular in the world and a staple of the esports industry with 100 million viewers for its world championship last year (according to Statista), but now its fans in the countries of Iran and Syria have seen their access completely blocked.

The news was first reported this week by Dot Esports, which cited an in-game message from an Iranian player: “Due to U.S. laws and regulations, players in your country cannot access League of Legends at this time. Such restrictions are subject to change by the U.S. government, so if and when that happens, we look forward to having you back on the Rift.”

Tensions have been rising this week between the United States and Iran, which shot down an American drone that the Iranian army claimed had entered its airspace. Donald Trump nearly ordered military action in retaliation and then yesterday proceeded to sign a new agreement sanction targeting Iran and its Supreme Leader Ali Khamenei. While video games are not directly in the crosshairs, titles that can make money with microtransactions do seem to be getting caught in the crossfire.

The Epic Game Store is already forbidden to operate in both North Korea and Iran. The microtransactions that support a free-to-play game like League of Legends are likely considered a form of trade. A Riot Games spokesperson explained to Slate, “It’s our interpretation of sanctions that providing access to League—even if it didn’t include access to the store—could be construed as a service under U.S. sanctions.”

Sanctions expert Richard Nephew, a senior fellow of foreign policy for the Brookings Institution, also commented to Slate, “It is certainly the case that these kinds of service providers are increasingly conscious of the risks of providing such services to Iran, which I would agree would be potentially sanctionable. The regs are pretty clear in describing what is sanctionable. There are some exceptions for personal IT, but limited really to communications technology and the like, intended to allow civil society to engage with the rest of the world.”

The League of Legends communities in Iran and Syria would no doubt argue that they are part of civil society simply trying to engage in some gameplay with like-minded fans across the globe.

"I'm so shocked. I woke up this morning and I can't play anymore," one player lamented on the League boards on Monday. "Iran is now of the big EUW League communities. There are a lot of players here and now they can't play the game. Political problems between Iran and America are between governments. Players and people have nothing to do with this [issue]."

Some players in Iran and Syria have resorted to VPN usage to circumvent the restrictions, but the fact is that in poorer, war-torn countries VPNs may be too expensive for the average individual. It’s unfortunate that gamers are directly impacted by this conflict, and it does potentially set a precedent for the games industry at large. Is it okay for the government to effectively ban a US game company’s product in any country it has a conflict with? Will we see access to League or other games blocked in more countries?

Riot Games is among the members in the Entertainment Software Association (ESA), which operates the E3 Expo and serves as the official trade body for the U.S. games industry. When reached for comment by GameDaily, the ESA declined to offer any statement.

Riot Games did not have anything to add either when we contacted the developer, simply reiterating that it’s abiding by U.S. laws and regulations. It’s unclear exactly how many players are affected by the decision to block the game. And as much as League players would like to regain access, Nephew does not believe anything will change for quite some time.

“There is a slippery slope and that’s why sanctions tend to have fairly bright lines,” he stressed to Slate. “If you allow video games, would you allow other transactions of goods and services? If a video game online is OK, why not physical DVDs or what-have-you? … And there may be good arguments to let all of these goods go to Iran, but, under the embargo, since 1995, we’ve had pretty bright lines to avoid these conundrums, and I don’t see that changing.”