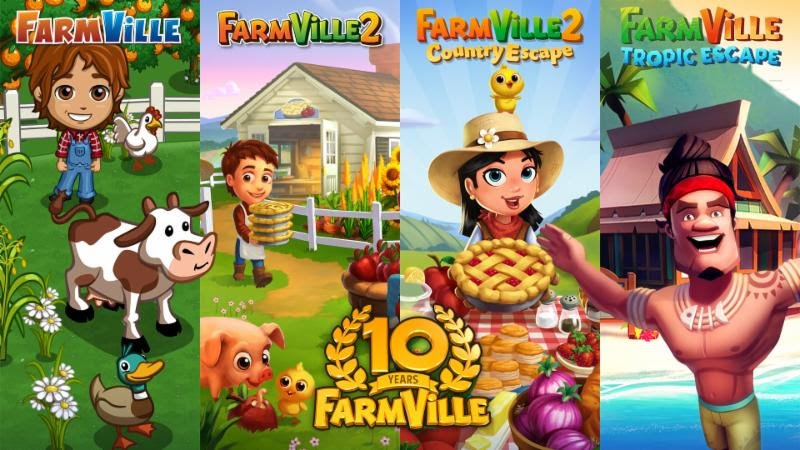 The summer of 2009 was a much different time. The iPhone was only two years old, and smartphones hadn't quite caught on; many of us were still rocking flip phones. We weren’t talking to our speakers, doorbells, and fridges, either. The Xbox 360 and PS3 were battling it out for console domination, but they couldn’t match the Wii’s sales, which had blasted into the stratosphere. And because we weren’t constantly glued to our phone screens, the free-to-play marketplace had a different home: Facebook.

In June 2009, an unassuming game about growing crops launched on Facebook, which was a hub of casual games back then. This was, of course, FarmVille, which went on to amass millions of daily active users. FarmVille was far from the first in the farming sim genre, popularized years earlier with games like Harvest Moon, but its platform allowed Zynga to incorporate social aspects that encouraged you to interact with your Facebook friends.

To celebrate the anniversary of its first big title, Zynga announced an unlikely collaboration with country singer Trisha Yearwood, a self-professed player, to bring original content to the spin-off FarmVille 2: Country Escape.

“So much has happened in the last decade, across technology, entertainment, and attitudes,” Yearwood said in a press release. “But there are shared experiences that endure and bring people together, like those special songs that become anthems or a powerhouse game like FarmVille.”

Of course, it wasn’t all smooth sailing for Zynga over the last decade. After FarmVille, the market was flooded with F2P social games, many of them from Zynga itself. In 2012, the same year FarmVille 2 launched, Zynga’s value crashed, losing $10 billion in market value in a year. A series of game flops, unsuccessful studio acquisitions, and fleeing talent didn’t help the situation.

It took years for Zynga to rebuild after that disastrous period, but as of 2019, it’s clawed its way back to the top, posting record-breaking earnings for Q1 2019. The freemium model has changed a lot since those early farming days; now we have full-fledged console and PC multiplayer games like Fortnite raking in millions while being free to download.

Though the marketplace has evolved, Zynga hasn’t forgotten its roots. “FarmVille is a cultural phenomenon and an important contributor to the growth of games,” President of Publishing Bernard Kim stated. “It brought together hundreds of millions of players from all over the world.”

In addition to Trisha Yearwood-branded content, Zynga has announced that they have a new mobile title in the works. In an industry where we’ve seen too many studios shut down in recent years, Zynga’s turnaround is certainly refreshing.

The ongoing trade war sees a reprieve as President Trump and Vice Premier Liu He reach an agreement.