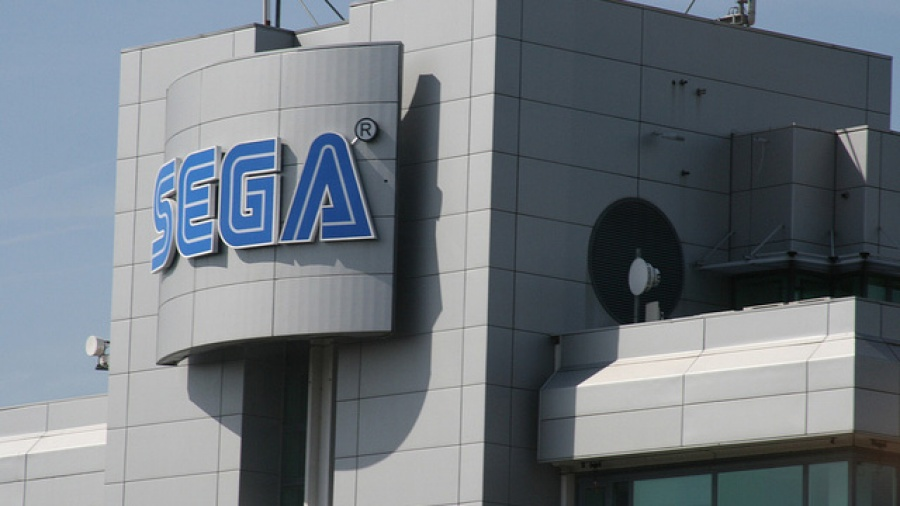 Instead, the company best known for a speedy blue hedgehog has been quietly building a large, diverse portfolio. Every three years or so for the past decade, Sega has been making targeted acquisitions that bolster its offerings and add capable studios that can reach new audiences for the publisher. Most recently, Sega acquired Two Point Studios, a relatively new team behind the Theme Hospital-like Two Point Hospital. Sega had a hand in incubating the studio, which includes veterans from Lionhead and Bullfrog.

“We’ve got an internal team called Searchlight, and Searchlight's focus is to look for new opportunities, mostly content,” John Clark, executive vice president at Sega Europe, told GameDaily. “So whether that's through acquisition or incubation, that's their external development approach. It's a relatively new team, as well as it's a new approach. We work with a couple of studios who were looking for start-up opportunities. In particular, we look for the quality of the team. We look for the vision and the game that they're planning on bringing out. And if we consider that as adding value to Sega, then we take it to the next stage, which is what value does Sega bring to that? We think of ourselves now as developer-led publishers, as opposed to publishing-led games business.”

Sega’s role in start-up and incubation makes it as much a mentor as it is a publisher. While Two Point had extensive development experience, it needed a helping hand building connections with its target audience and get the game from studio to storefronts.

“We had to establish and build a brand new community,” Anna Downing, vice president of marketing at Sega Europe, explained. “[Customer relationship management] particularly was a key area of focus for us. And we have a great team back at SEGA Europe who drive that side of the business. We enabled the studio with talents such as community management. And then obviously they work with us very closely so we work with them on the brand side, but then the go-to-market planning as well.”

Two Point Studios is the latest of Sega’s acquisitions. The publisher began buying up studios in 2013, following THQ’s bankruptcy, when it added Relic Entertainment to its family. In 2016, Endless franchise developer Amplitude Studios was acquired, bolstering Sega’s strategy portfolio.

“We came across Amplitude and they again have talented team, they've built a great business, but they were looking to take their business to a new scale,” Clark said. “They were looking for a partner to help them achieve that. We were really excited with the strength of their team, the strength of their community that they built up, the success of their titles. We feel that as an entity that looks at strategy games on the PC, which we have focused on quite a lot over the past few years, that Amplitude had a real unique viewpoint and had a great fit within our own studio portfolio. And on top of that, their vision and titles that have yet to be announced, for us is a really exciting roadmap ahead.”

Sega hasn’t fully whet its appetite for growth, and incubation and acquisition are both likely to be part of that strategy. Purchasing studios like Two Point is a path for Sega to have a hand in new geographies and new platforms, like Google Stadia, Microsoft xCloud and Game Pass, and other streaming and subscription services.

Clark pointed to those as the big stories out of E3 for Sega’s business, even if PC and Steam continue to be one of Sega’s most important vehicles. While Sega will be exploring those new opportunities, it’s content to let others lead the investment (and related risk). Clark sees subscription as a path forward, as it has been for other forms of entertainment, but he doesn’t think we know enough about audience preference.

“From our point of view, we work with partners, and we're not considering our own platform or our own subscription service,” Clark said. “At this stage we don't know really what subscription means for the gaming audience. We've talked to all the partners that you mentioned. We are part of the plans for Game Pass. And that'll give us a lot of knowledge. We've announced Football Manager as part of that. When it launches, we'll be able to understand how the gaming subscription audience interacts with the title and if subscription is a viable way forward for the games industry. We prefer, at this stage, to be working with channel partners who are investing their time and money to try and understand the audience what the audience wants.”

Sega is keeping a close eye on the potential technical hurdles that come with cloud-based game streaming. There are a number of aspects of game streaming still unproven in a mass-market scenario.

“The areas that still need to be considered realistically are bandwidth for all of the cloud partners, what their server structure looks like, what the quality of the experience is for an audience at home, as well as the business model and economies for multiplayer games, for online games, and how that is going to impact things,” Clark said. “We like working with people who have invested in this area and are serious about it and are potentially viable partners for us. And we'll continue to talk to them… and we'll make agreements where it's appropriate. At this stage though, it's for us to evaluate how strong these partnerships could be, and also the quality and the service.”

From a marketing perspective, Sega sees cloud and subscription as opening the doors to appeal to a new cadre of players. Instead of converting audience on existing platforms, getting in early with Google Stadia and Xbox Game Pass for PC provides an opportunity to build with the new services.

“The really exciting thing about the current subscription models is the way it opens up to a completely new audience,” Downing explained. “The opportunity to be in front of a new audience with a niche title is really fantastic. And we're also on Game Pass with Valkyria Chronicles, and Shenmue I and II as well. So it’s the ability to utilize our heritage and some of our classic back catalog titles and hit a new audience.”

Sega’s recent shift to PC back catalog releases on Steam has also been a powerful use of its existing game library. I asked Clark and Downing about how Catherine and the Yakuza series have performed and whether we might see other games from the Sega/Atlus library (like the Persona franchise) come to PC. Ultimately, that’s up to Atlus, which owns the Persona IP.

“All I can say is that in working with Atlus, we felt incredibly privileged to be able to bring Catherine to PC,” Clark explained. “And we feel more strongly that there was positive feedback from the community, and we hope that there are people at Atlus who take that into account and do see the positivity of that. It hopefully has a positive impact on our titles going forward, but I can't speak on behalf of them. All I can say is, step one was always about getting Catherine onto Steam, and we're so pleased that we had the opportunity with Atlus to be able to do that.”

As for Epic, which has recently challenged Steam’s supremacy by offering a better revenue share to developers and store-wide subsidized discount during a recent sale, Sega doesn’t seem sold. For Clark, it’s not just about the 88/12 revenue split (versus Steam’s baseline 70/30 platform fee). Sega seems unlikely to be the next surprise Epic-exclusive publisher.

“We've built up an incredibly strong long-term business with Steam,” he said. “That's a great relationship for us, and we see it as a long-term relationship moving forward as well. With Epic coming to the table, we're really excited by that too, and we're really excited to see what that would bring to the market, what opportunities are to extend the reach via that content. And for us, it's not just about evaluating the revenue share. It's a really important component to it, one that has to be taken into account. But it's not just about that. It's about how you work to send your content to the consumers and deliver an ongoing experience and deliver a relationship.”

Behind the scenes, Clark, Downing, and the rest of the western Sega leadership team are looking forward to the future. More studio acquisitions, new IP, and continued plans to bring more of Sega’s library to PC are setting up Sega to be recognized for more than just Sonic.