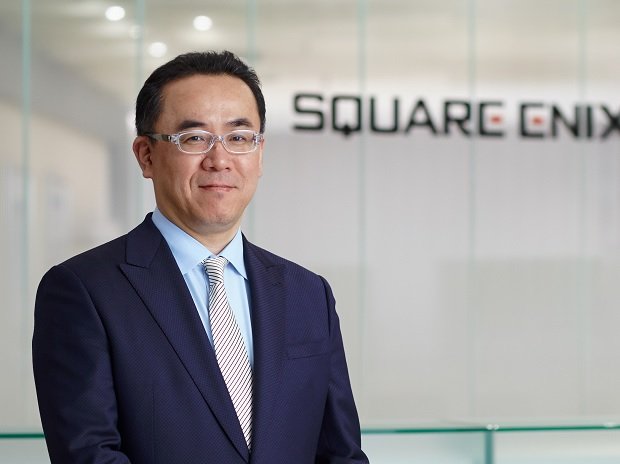 The new game streaming platforms by Google and Microsoft respectively have “significant potential”, according to Square Enix CEO Yosuke Matsuda.

Square Enix has already thrown its support behind Google Stadia, with five games coming to the service, including Final Fantasy XV, the Tomb Raider trilogy, and the upcoming Marvel’s Avengers from Crystal Dynamics and Eidos Montreal, launching in May 2020.

Speaking to GamesIndustry.biz, Matsuda said he hoped that it’d be a successful launch for games streaming, but added he doesn’t seeing it become a runaway success right away and doesn’t see those who are currently playing on consoles or PC making an immediate transition to the cloud.

“Google has Stadia and Microsoft has xCloud, and I am very much interested in the fact that these major players are getting into the game streaming space, because I think that these new platforms offer significant potential to reach new customers,” Matsuda said. “I am very much hoping that cloud streaming gets off the ground successfully... Because this will be so highly reliant on internet infrastructure, I don't think it will necessarily take off right away."

Matsuda added, however, there is still a group of consumers cloud gaming can be aimed at right off the bat. "...I think there is a lot of people around the world who might not own a console or a PC, but are still interested in these games. There are a lot of people who are watching the gameplay on Twitch and YouTube. When you think about how many people who are watching these games being streamed, you realise that there are probably a lot of people out there who might not be willing to invest upfront in a console, but they still want to play these games.

"If you have a way to drive those people who are watching gameplay on YouTube to a place where they can buy the games, then I think that will give you access to a certain new customer base. Because they do not own consoles or gaming PCs, they are potential customers that we've been unable to reach, but now we might be able to."

Matsuda is willing to put Square Enix's extensive library, or a portion of it, where he believes the players will be and the platforms they may frequent. Other publishers, like Sega, are content standing on the sidelines first before fully committing to it.

“The areas that still need to be considered realistically are bandwidth for all of the cloud partners, what their server structure looks like, what the quality of the experience is for an audience at home, as well as the business model and economies for multiplayer games, for online games, and how that is going to impact things,” Sega Europe VP John Clark told GameDaily in our interview during E3.

Cloud gaming and streaming services appear to serve as a complement to Square Enix West's biggest in-development project: Marvel's Avengers, led by Crystal Dynamics Bellevue in collaboration with Eidos Montreal. Matsuda talked up the level of collaboration between the studios at work on the game.

“The lead studio on the project is Crystal Dynamics, and Eidos Montreal is supporting them, and there's support from Nixxes, and they're interacting with each other in a variety of different ways," Matsuda noted. "But, when you talk about blockbuster or AAA titles these days -- in general -- you'll find your resources are too limited if you try to develop them only at a single studio. For that reason, a variety of studios are collaborating with one another. ...if you think of Avengers as a AAA, blockbuster title, then I would say that the investment in it is not out of line with that type of game. It's nothing special in that respect."

Matsuda’s comments on collaboration also align with the kind of relationship that both main studios have with Marvel in regards to how it tells the game’s story.

“Marvel wanted us to tell our own story,” lead designer Philippe Thieren told GameDaily in Los Angeles. “We've enjoyed getting input from them. The way that this works is we'll say, 'We want to do a certain thing or tell a certain story.' Then someone like Bill [Rosemann, Marvel Games vice president and creative director] will tell us about things from comic books 50 years ago that we may or may not know.”

With a number of important titles on the way from both western and eastern studios, Matsuda isn't eager to rest on his laurels and let the chips fall where they may. By throwing in with Stadia, continuing to encourage collaboration on projects across studios, and affirming Square's position as an early-adopter (vying for that market leader status once more), Square Enix is poised for the comeback that it sorely needs.