IGDA new executive director to focus on 'sustainable careers', inclusion for all developers 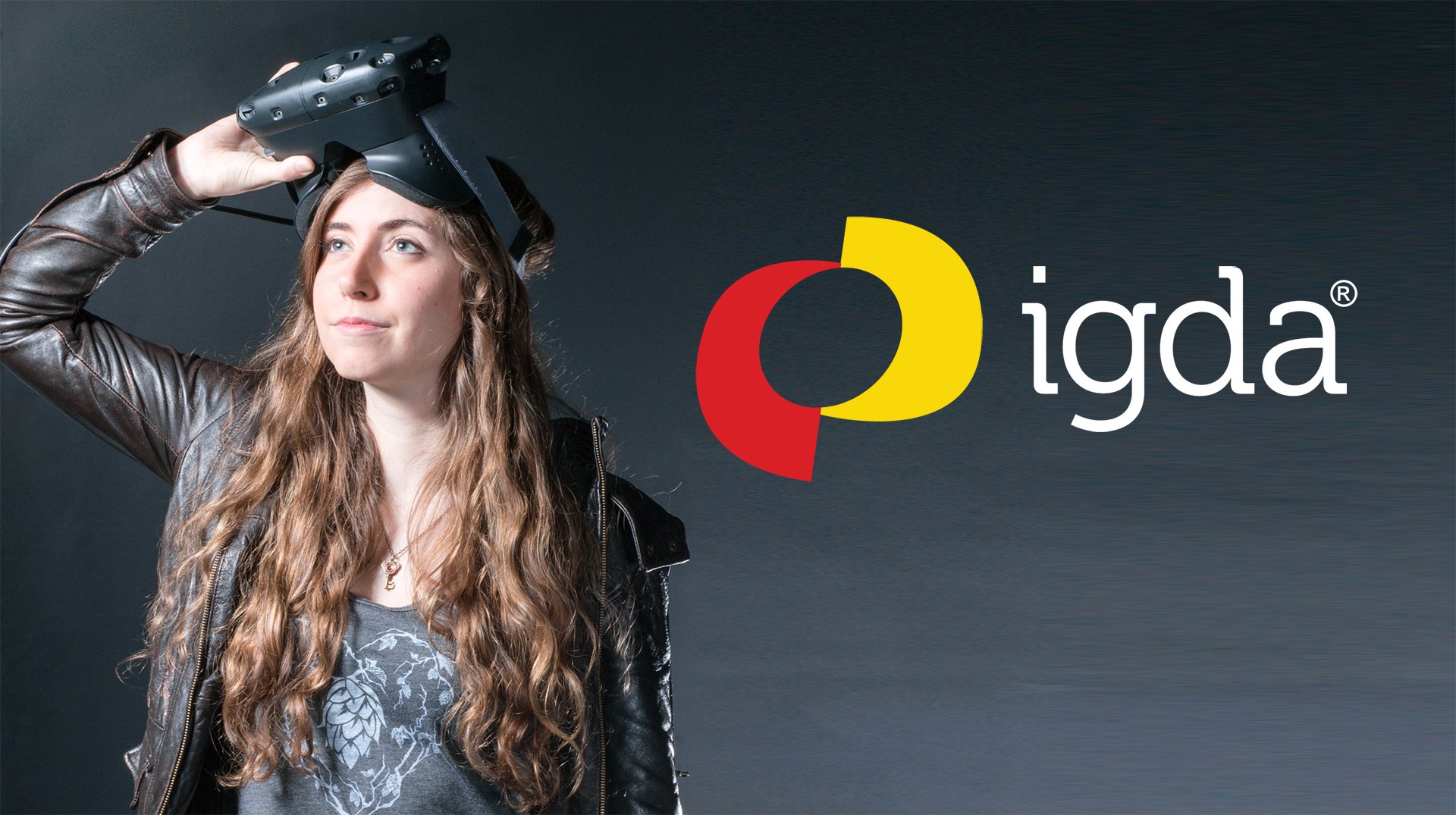 The IGDA has been searching for a new executive director since Jen MacLean moved over to Amazon Game Tech earlier this year. Lucien Parsons has been the interim executive director, but it was always the IGDA's intention to find someone to step into the position on a full-time basis. According to IGDA's statement to the press in April, MacLean intends on staying on the board until 2020 to help the new executive director settle in. As of yesterday, the IGDA's search for MacLean's replacement has come to an end with Renee Gittins.

Gittins has been a game developer for the better part of her career, in addition to being a lifelong gamer (since she figured out the whole "WSAD thing"). Stumbling Cat, which will release its first game, Potions: A Curious Tale, has been at the crux of her work for the vast majority of the last five years. In addition to her position at Spirit AI, Gittins has served as an executive board member at the IGDA for the last five years.

We had the opportunity to chat with Gittins about her vision for the IGDA, some of her concerns about the industry, and what she's most excited about.

"You know, I've been on the board as you noted for the last two and a half years and I've really enjoyed giving back to the game development community," Gittins told GameDaily. "Being able to do that even more so as the executive director just seemed like a really amazing opportunity."

There's a disconnect between what Gittins and the IGDA want for game workers around the world. The IGDA's mission is "supporting and empowering game developers to have fulfilling and sustainable careers." Unfortunately, in the midst of studio upheavals, closures, and layoffs, Gittins is concerned about the realities of sustaining a career in the game industry.

"You know, we have really unfortunate burnout rates," she noted. "I believe in the Take This white paper, they noted that the average turnover rate is 2.2 jobs per five years in the game industry. That's hard to create a stable life. It's hard to build your career. It's hard to establish a family and I think we really need to focus on improvements to making game development more stable and more sustainable."

Part of creating that sustainability for game workers is in ensuring that there are resources and tools available for folks to create diverse and inclusive spaces for everyone in the industry. Gittins noted that the IGDA is "really working to foster and grow a welcoming, informed, healthy, and inclusive game development community," and she's looking to ensure that, during the course of her first year as executive director, those tools and resources are a top priority.

"There's also a lot that we can do in regards to providing resources that support diversity," Gittins commented. "For example, I actually published a white paper for the IGDA called Social Virtual Reality, Best Practices. That's is a white paper on tools and techniques to prevent harassment between users in the virtual space. And providing resources like those to game developers, whether they're diverse developers or not, allows them to better create content that supports diversity where everyone feels safe engaging.

"Empathy is probably one of the most powerful tools that we have as humans," Gittins continued. "[In addition to] the resources to make informed arguments. When you can demonstrate negative impacts, and have those in reports, have those on papers. That allows for productive conversations on how to prevent those symptoms from occurring."

Gittins believes that the strongest tools for enabling diverse spaces in the game industry and combating "all the isms" (racism, ageism, etc.) is the "creation and support of community connections." And, as part of her initial goals as executive director of the IGDA, Gittins is going to focus on "the development of our community," including the various special interest groups (SIGs) that support a wide variety of developers throughout the industry.

Gittins is clearly aligned with her predecessor, as MacLean has been adamant that diversity and inclusion needs to be top-of-mind for all studios in the industry.

“Ask for numbers before you join the studio,” MacLean told GameDaily in an interview last summer. “Tell me how many people of color you employ. Tell me how many women you employ. Also let me see who's on your leadership team. I think that is particularly really instructive. If you have 40% women in your company, but your leadership team is 95% male, that's a really big indication that there's a problem there, no matter what people say.”

"We have this wonderful global community, you know, over 140 chapters, over 50 special interest groups," Gittins stressed in our conversation. "And I think that getting that community strengthened and interconnected would really be of the best benefit to our developers. Having so many passionate people in these individual groups is wonderful, but allowing them to connect with each other, to share resources, to share connections, I think that would really strengthen the IGDA and just the resources for game developers."

Ultimately, Gittins, just like MacLean before her, wants to empower the world to make and play video games. The industry, despite the recent spate of layoffs, is "thriving," according to Gittins. And what has her most excited about the years to come is rooted in what the game industry is becoming: a valid, appreciated storytelling medium worldwide. To Gittins, games are a "wonderful empathy mechanic," as games are designed to elicit reactions and emotions.

"One of the best game development talks that I went to talked about the core of all game design is inspiring emotions," Gittins said. "Whether it's satisfaction from scoring a point or whether it is, you know, emotionally [relating] to a character's situation. And I'm just so excited for more of the world to experience that."