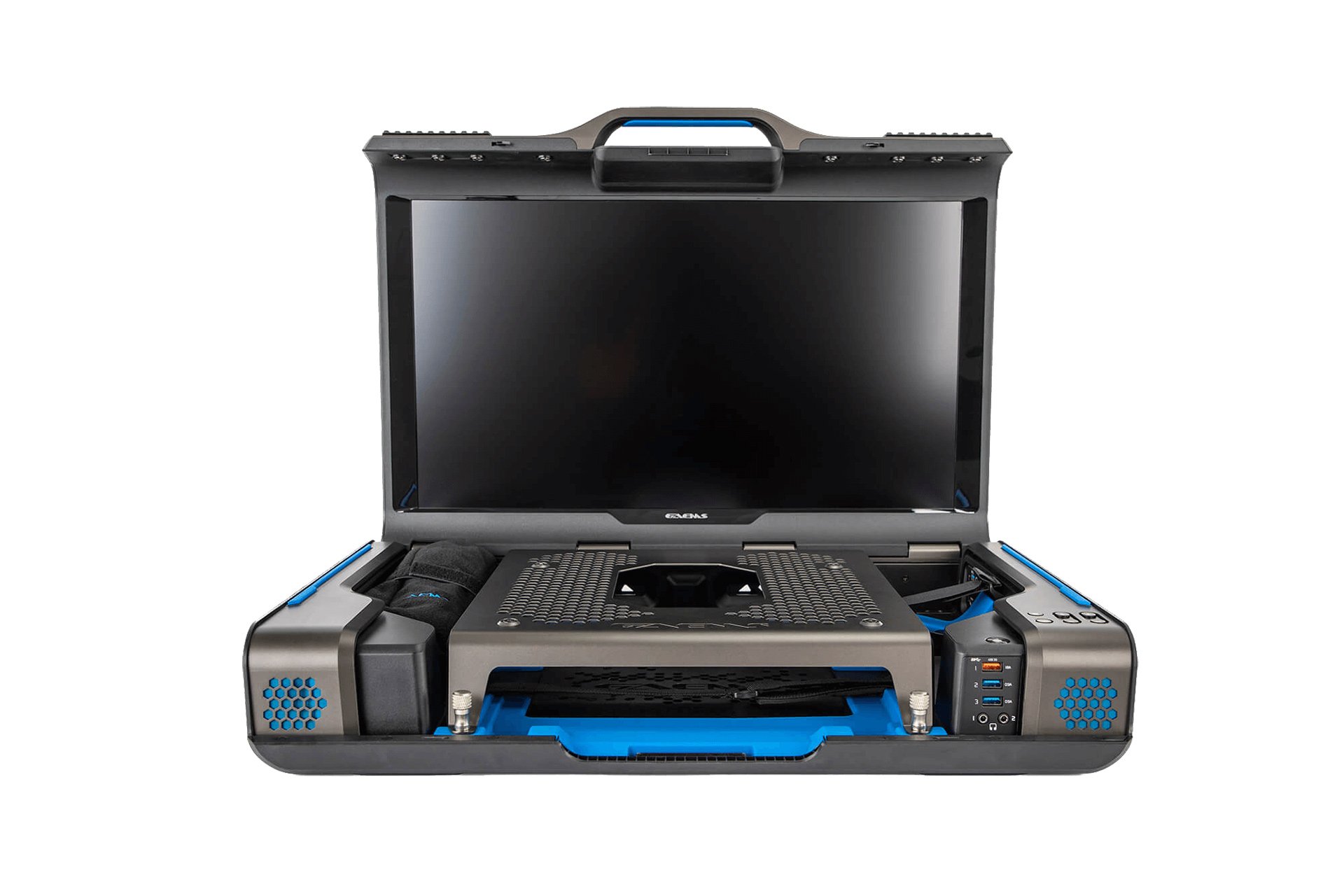 It’s been eight years since GAEMS sold its first production unit, the G-155. The idea was simple: find a safe way to transport an Xbox 360 with a personal screen and high quality speakers. No one had done it before, and co-founder John Smith says that the first shipment of units to a “major retailer” sold out in 72 hours.

Since then, GAEMS has experimented with a number of different products, including USB-powered personal IPS (in-plane switching) displays and a rail system for streamers that could support cameras and additional screens for a customizable command center. The next GAEMS product, this summer’s Guardian - Pro XP, expands the company’s personal gaming environment line to PC gamers.

In an E3 conversation, Smith told GameDaily that one of the biggest challenges streamers face is losing time (and therefore money) when traveling to events. Streaming pods offered by show-runners are one solution, but they aren’t often customizable or convenient.

“The biggest trend of all that we follow is content creation,” Smith told GameDaily in a follow-up email. “In the past, poor quality production is all that consumers got because there was no money being shared. Now, low-quality streams and on-demand content don’t earn money for creators. It is no longer a person; it is a production. Content creators must invest in themselves as a brand. Quality equipment—mics, cameras, lighting, and even green screens—is required, along with massive amounts of time. Leave the studio and shut the door behind you to travel somewhere and you leave your income behind as well.”

Unlike GAEMS’ all-in-one console entertainment products, the company views the Guardian as a platform. The case is designed to work with consoles and small form-factor PCs, with a 24-inch 1440p monitor, 9-watt speakers, and three different processing chips to control the media center, video output, and audio (including virtual surround sound). A rail on the top of the Guardian can support cameras and microphones (or an additional lightweight screen to monitor chat). The new product also supports HDMI passthrough and integrated USB ports to manage cables and ease output to streaming platforms like Mixer and Twitch.

Launching in August, the $699 case weighs in at 18.5 lbs without a console, like an Xbox One or PlayStation 4. The Guardian includes a protective cage that is designed to provide additional protection anventing for a small footprint PC, including another upcoming GAEMS product. Project IDK (a tongue-in-cheek name that stands for “I don’t know”) is in development with a target price of under $2,000. Right now, GAEMS intends to put an Intel i9 processor and Nvidia RTX 2070 in the box (though specs are still in flux). The IDK is large enough to handle a full-size video card, but small enough to fit in the Guardian housing.

“These are integrated professional grade studio platforms,” Smith explained. “An expandable and upgradeable studio setup with a PC built to professional gaming and professional content creation tools with a setup that secures your cameras, lighting, mics and even other monitors in place. One person can pack it up in minutes, take the whole studio with them in one hand (and a backpack for other gear) to their destination and have it set it up again in minutes.”

GAEMS is targeting a specific type of customer with the Guardian. It’s not as light as the console-focused Sentinel, and it’s twice the price. However, the ability to load in a PC, bolt on lights and a camera, and easily stream from the Guardian means that streamers who are torn between attending events at which they can’t reach their audience and staying home to stream will have a much easier time weighing those decisions.