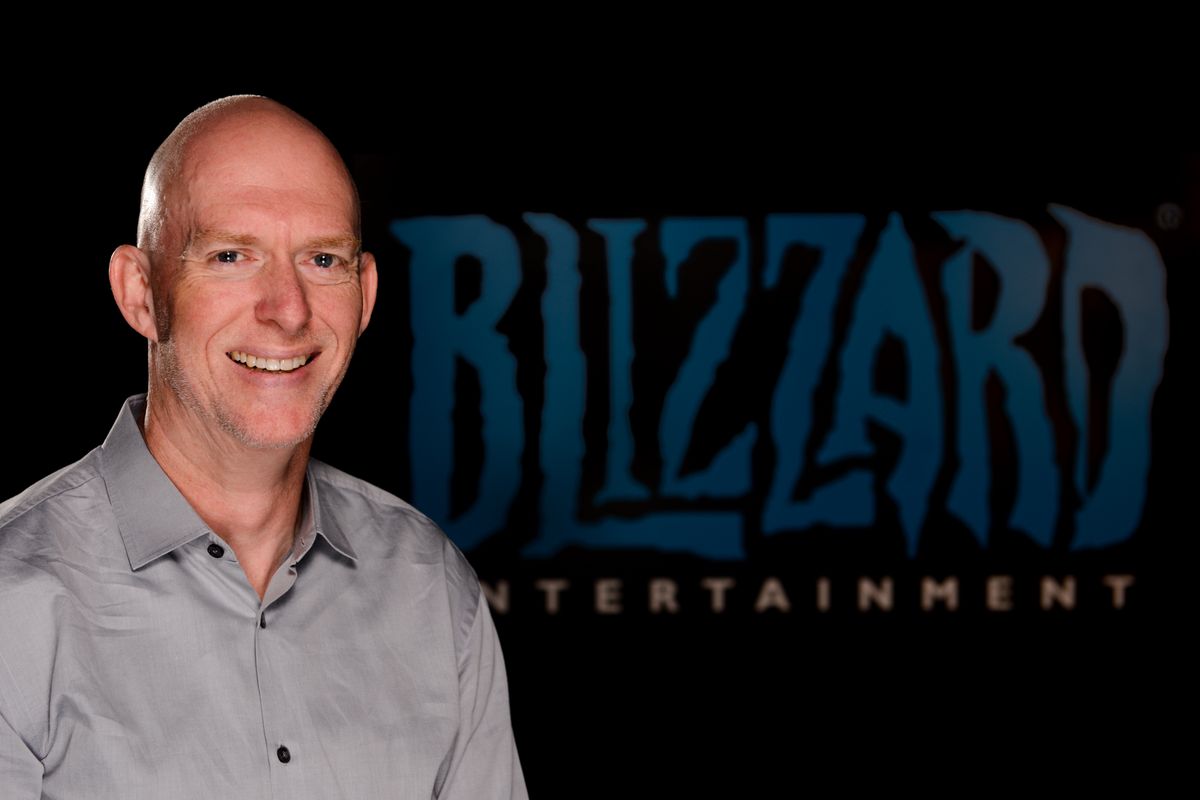 Blizzard’s co-founders are officially “passing the torch to the next generation of leaders,” according to Frank Pearce, who at the end of last week formally announced that he’s leaving the developer known for franchises like World of Warcraft, Diablo, and Overwatch. Pearce’s departure comes not even a full year after former president Mike Morhaime left Blizzard and was succeeded by J. Allen Brack.

Pearce, who had been serving as Chief Product Advisor, was part of the original founding trio, having joined Morhaime and Allen Adham back in 1991, when Blizzard first started as a studio called Silicon & Synapse. Adham, who left Blizzard in 2004 but returned in 2016 as senior vice president, is now the only one left from that original trio. With his work on major franchises like World of Warcraft, Diablo, and Starcraft, among others, Pearce has left an indelible impact on Blizzard, but now he sees the studio evolving thanks to the younger generation working there.

“The time has come for me to step away from Blizzard and pass the torch to the next generation of leaders,” Pearce wrote on the official Blizzard blog. “My journey as part of the Blizzard community began over 28 years ago. Allen offered me an opportunity to join him and Mike in their adventure and dream to make video games. Video games were a passion that we shared, and I had only a fleeting hope that I would have the opportunity to make games one day.

“The decision was easy for me - I did not have the benefit of internet searches to help start me down the path. Allen’s offer letter was the best and only chance I thought I might ever have. Looking back, I know how incredibly fortunate I was to have been a part of what Blizzard has become.”

Although it had not been announced, Pearce had already been working in an advisory capacity for Blizzard. President J. Allen Brack commented, “When I moved into my new position last year, Frank stepped into an advisory role to help with the transition, specifically working with Ray Gresko and me on our games, culture, and the future of Blizzard. His support has been invaluable to us and to say we’re going to miss him is an understatement.”

It’s currently unclear if Pearce intends to continue working in the games space or what his next venture might be. He said that he’s going to take time to reflect while spending more time outdoors and devoting “more time to aspects of my life that may not have gotten as much attention in the past.”

Work-life balance is hard to manage if you’re putting significantly more time into work than personal or family life. Pearce, like Morhaime, undoubtedly worked incredibly hard for a long, long time, and Morhaime recently acknowledged that Blizzard simply would not have been “as successful” if the studio did not crunch on projects at times. In his letter to say goodbye to Pearce, Brack gave Pearce credit for “the deep impact he’s had on Blizzard, and on the culture specifically.” For all of the incredible games Blizzard has created and the success the studio has had, part of that culture appears to have been one that endorses crunch. Morhaime knows that this is “not sustainable,” and the good news is that the next generation that Pearce is passing that torch to is fully aware that attitudes towards crunch in the games business are changing.

"Back in the day, when we were all single and didn't have wives and kids, it was different," Adham told GameDaily last November. "Me in particular, in the run-up to my departure, I was actually doing effectively two full-time jobs at the same time: Chairman and Chief of Game Design, that's one full-time job. And then game directing World of Warcraft is another full-time job. We didn't call it game direction back then, we called it Lead Game Design, but same thing.

"The nice thing in coming back to Blizzard now is seeing how things have changed. And one of the big ways in which it's changed is that our teams are larger, we're all a little bit older, we have [partners] and children now. And our success, from World of Warcraft and beyond, has given us the opportunity to be a little more balanced in our approach to work and life ... And that's our desire, too. And so I think it's one of the nice ways to see how Blizzard has evolved over the last decade or so."

Crunch aside, the larger question right now for Blizzard is what the studio will become in the years ahead as parent company Activision Blizzard continues to make major decisions based on finances. Earlier this year, the publisher culled 800 employees despite having “record performance” that still didn’t “live up to expectations.” There’s a growing concern from former Blizzard employees that Activision part of Activision Blizzard is exerting more and more control over Blizzard -- a studio that’s always thrived on its autonomy.

When Amrita Ahuja became CFO at Blizzard in early 2018, she informed employees that Blizzard was going to be cutting costs, which is not something Blizzard staff are used to dealing with given that Blizzard has always been a studio to take its time to apply as much polish to projects as possible.

"You would've thought Blizzard was going under and we had no money," a former Blizzard employee told Kotaku. "The way every little thing was being scrutinized from a spend perspective. That's obviously not the case. But this was the very first time I ever heard, 'We need to show growth.' That was just so incredibly disheartening for me."

The timing of Morhaime’s departure and now Pearce’s is somewhat curious. Cynically, it would be easy to assume that they’ve been displeased with Activision’s growing influence as well, and that the corporation was more than happy to take their large salaries off the books.

For its part, Activision does need to be incredibly careful with how it handles Blizzard moving forward. The publisher no longer has the kind of diverse portfolio it had even a few years ago, considering that Bungie split and now controls Destiny, Call of Duty is continually being reinvented and has seen declining sales, and there’s only so long that mobile subsidiary King Digital can rely on its Candy Crush brand (monthly active users at King have been declining since a peak in 2015). Blizzard is still loaded with talent, and between Overwatch and Starcraft holds the keys to the esports market, which could be worth over $2 billion in a couple years.

As DFC Intelligence analyst David Cole told us earlier this year, when it comes to how Activision handles Blizzard, the corporate giant would be wise to tread carefully.

“Relying more on Blizzard means pressuring them to spit stuff out which probably equals lower quality,” Cole warned. “That becomes a slippery slope. Activision Blizzard user numbers have already been declining and I think they need to make another serious acquisition, if they hope to maintain their current status.”