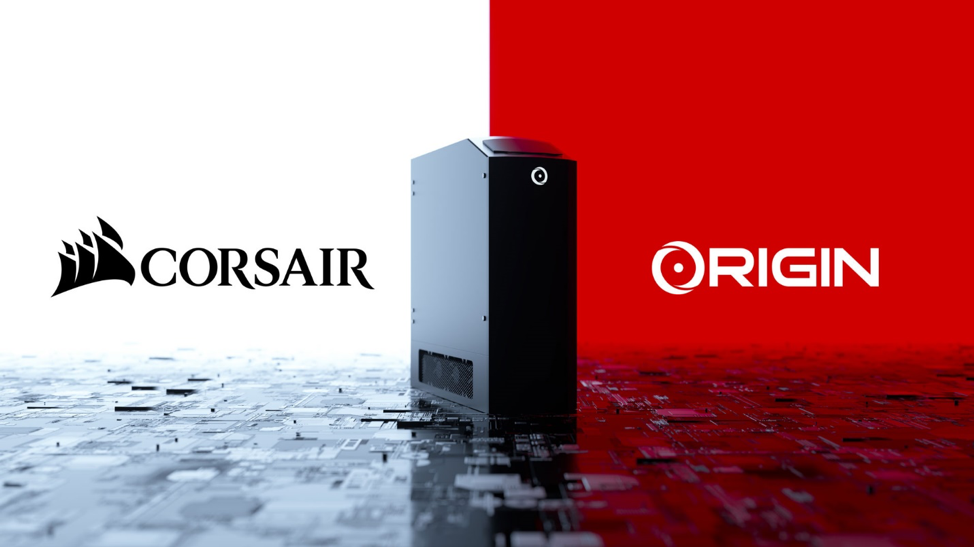 Corsair has announced the acquisition of Origin PC, a company specializing in custom gaming rigs.

Founded in 1994, Corsair was for a long time known best by PC enthusiasts for high-quality components, including RAM, power supplies, and cases. More recently, the company expanded into peripherals like mice, keyboards, and headsets.

Corsair has been a known and respected name among those that build their own systems or upgrade with top-tier components. The acquisition of Origin PC gives Corsair the third pillar of computer gaming: pre-built systems.

For a long time, buying a custom, pre-built system was a more expensive path to a gaming rig. However, the growing prices of retail graphics cards were driven up by cryptocurrency miners, gave those in the market for a new computer a reason to look at custom shops like Origin PC. GPU prices have since come back down, but the shift no doubt helped companies like Origin and HP’s Omen gaming line.

As both companies are not publicly traded, terms of the deal have not been disclosed, but Origin will remain located in Miami, Florida, and will retain its branding. The move ensures that Corsair technology will start appearing in Origin PCs. This includes Corsair’s iCUE software package to control in-case LED lighting and system monitoring, as well as liquid cooling solutions.

Corsair has also expanded into the streaming space with the 2018 acquisition of Elgato’s gaming division. Elgato offers products for both casual streamers and professional content creators, with an increasing focus on tools that manage on-air presentation (like the Stream Deck) in addition to devices that simply make it possible (like the HD60 capture device).

According to research firm Gartner, PC shipments recovered slightly in 2018, but have started to falter again this year. The drop has been connected to a shortage of processors from Intel, with manufacturers looking to AMD to play a larger role. The result is that large PC vendors like Lenovo, HP, Dell, and Apple are eating up the supply to the detriment of smaller manufacturers.

Despite the overall picture for the PC hardware industry, gaming has bucked trends in the past six years. According to a recent report from IDC, it too saw declines (6.2% year-over-year), but these were driven by high availability of GPUs that led consumers to upgrade rather than purchase new systems.

The gaming PC market has remained strong, driven by ambitious game design, but a lack of titles taking advantage of Nvidia’s ray tracing hardware have slowed things down.

"Despite the recent downturn in the gaming PC market, we anticipate a rebound in the second half of the year as inventory issues clear out and new products hit store shelves," said Jitesh Ubrani, research manager for IDC's Mobile Device Trackers "To date, uptake of Nvidia's RTX graphics cards has been relatively slow given the dearth of content. However, that's expected to change in the coming year as many of the AAA titles will support ray tracing, enticing gamers to purchase newer systems."

The shift to 4K gaming continues to play an important role in the PC gaming market, as more power is required to deliver acceptable frame rates at that resolution. Gaming monitor sales (featuring a refresh rate of at least 100Hz) have jumped 48.6% as more people make the move to invest in a secondary monitor.

Over the coming four years, IDC sees monitors continuing to be a bigger share of the market. They also anticipate that gaming laptops will grow to account for nearly 50% of the market (up from a current 46.6%).

We are a long way from the days when people assumed that PC gaming would be subsumed by consoles. Corsair’s move to acquire Origin is a soft vertical integration that ensures that whether the wind blows toward build-your-own or custom-built, there are going to be customers that are purchasing the company’s components.