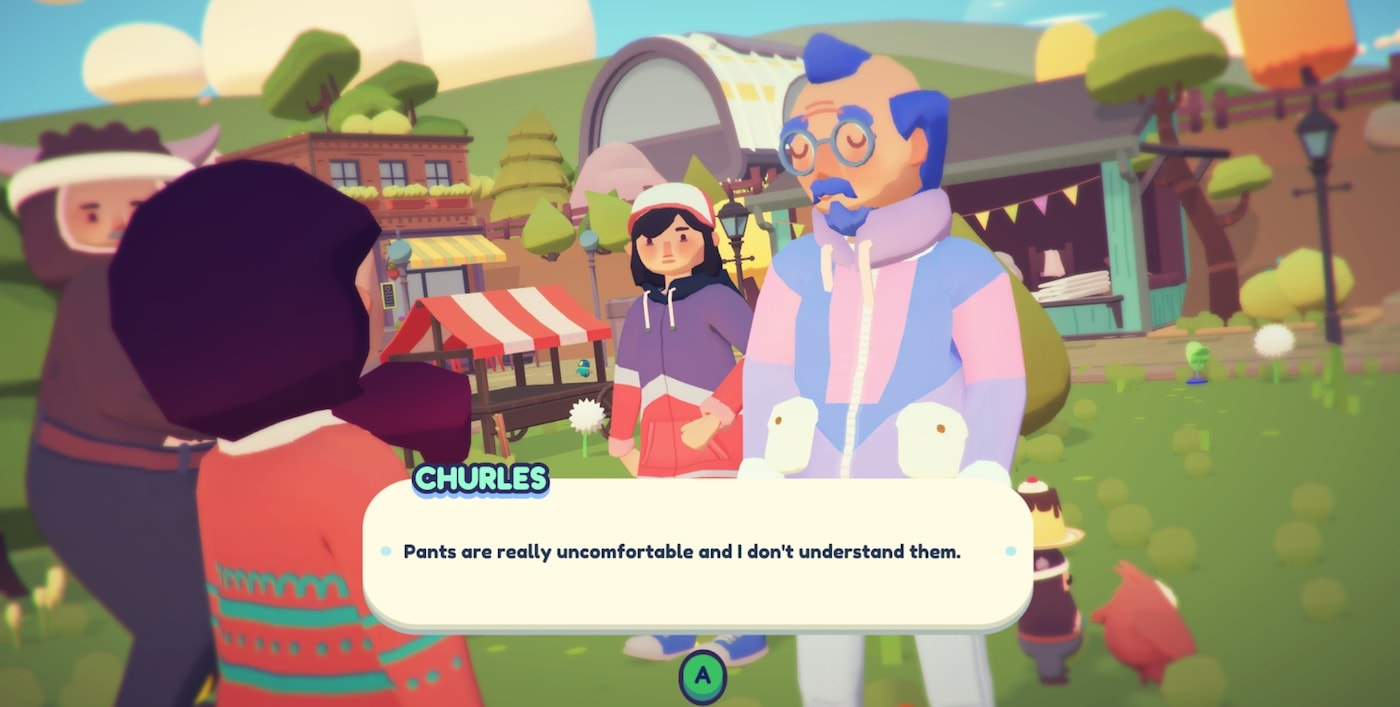 Epic Games Store has secured another exclusive in Glumberland’s “Harvest Moon meets Pokemon meets Animal Crossing” game, Ooblets. And while Ooblets might not be as big a name as Ubisoft’s The Division 2 or 4A Games’ Metro Exodus, the announcement around the exclusivity deal is a powerful statement.

Glumberland is a small team, comprised of two full-time developers (Rebecca Cordingley and Ben Wasser) and a few contracted freelancers. In other words, Ooblets is a quintessential indie game. With that comes massive risk and an uphill battle against discoverability concerns, especially on Steam.

In a delightfully irreverent blog post, Glumberland shows little patience for some of the rhetoric around Epic’s push for timed exclusives.

“Here’s what these Epic folks are doing: First they teach every kid in the world these obnoxious dances and now they’re offering funding to game developers in exchange for PC exclusivity on their game store,” Wasser wrote. “This is exactly what Marx warned us about!”

According to Glumberland, Epic gave the duo the freedom to openly discuss aspects of their deal. Epic declined to comment for this story, which leads us to reasonably believe that the Ooblets exclusivity deal is as Wasser details.

We knew that Epic was paying for exclusives, but we only suspected how those deals might be structured. The arrangement around Ooblets’ exclusivity (and likely many, if not all, of the others) includes minimum guarantees. A minimum guarantee is a smart way to approach exclusivity payments, especially if the developer has done their homework and has done market research to estimate how many units they’ll move at launch and beyond. It’s a clear way for Epic to communicate the value of the deal against market research-based expectations a developer may have before sitting down to negotiate.

“Because Epic doesn’t yet have the same market share as their competitors, they offered us a minimum guarantee on sales that would match what we’d be wanting to earn if we were just selling Ooblets across all the stores,” Wasser said. “That takes a huge burden of uncertainty off of us because now we know that no matter what, the game won’t fail and we won’t be forced to move back in with our parents (but we do love and appreciate you, parents!).”

In addition to the minimum guarantee, Glumberland has received an advance against that minimum guarantee. Specific amounts and timing of payments post-launch weren’t explicitly detailed, and Glumberland may not receive a lump sum immediately following launch. The advance is a big deal for any developer, but especially for a two-person shop. It will have a direct impact on Glumberland and Ooblets’ development.

“The upfront money they’re providing means we’ll be able to afford more help and resources to start ramping up production and doing some cooler things,” Wasser explained. “We’ve only ever had the resources for just one programmer, Rebecca, who makes everything. And she also does most of the art, UI, and other stuff on the game.”

Additionally, Wasser said that the payment may lead to a delay in the game’s release. The financial realities of game design and cash flow often mean that developers ship because they have to and not because their project is exactly where they want it to be.

“The investment we’re getting upfront from Epic will allow us to ramp up our development resources which will lead to faster development in the long run, but it might also delay our initial launch a tad because it takes some time to ramp things up and because we won’t have as much financial pressure to prematurely shove something we’re not happy with out the door,” Wasser said. “We’re not going to be perfectionists about our initial launch, but there’s still a lot of foundational stuff we need to sort out before we’re even ready for an early access launch.”

Wasser also directly addresses the complaints around Epic Games Store in his post. He comments on the lack of feature parity but also calls out the argument that exclusives are “anti-competitive”.

“I can understand the frustration of having to buy different consoles to play the games you want, but there’s no extra cost to use EGS,” Wasser stated. “The store and launcher just require a free signup. It’s not like having to pay for HBO and Netflix and Hulu to watch all the shows you want, it’s more like just having to press a button on your remote to change between free TV channels.”

Wasser’s sentiment is backed by others in the industry, such as indie publisher Versus Evil’s Steve Escalante, who remarked to GameDaily that EGS is not even remotely market fragmentation.

“I mean it's literally just click on a different icon on your computer that you have at home,” Escalante told us in June. “So to me fragmentation is asking you to switch over to this completely different device as opposed to an icon on your desktop.”

Pushback on EGS unfortunately has also led to some piracy, something Wasser laments in his post.

“It’s also really disappointing to see folks threatening to pirate a game just because they can’t get it on the game launcher they’re used to,” he says. “Feeling like you’re owed the product of other people’s work on your terms or else you’ll steal it is the epitome of that word ‘entitlement’ that people use to discuss immature, toxic gamers.”

Ooblets might not meet the same backlash that other Epic exclusives have. Kickstarter-funded projects like Shenmue III and AAA games like Watch Dogs Legion come to mind. However, the transparency regarding the deal terms, specifics of how the funding will help the studio, and the confidence around the decision make Glumberland’s decision one of the more meaningful in Epic’s quest to build its storefront to rival Steam.