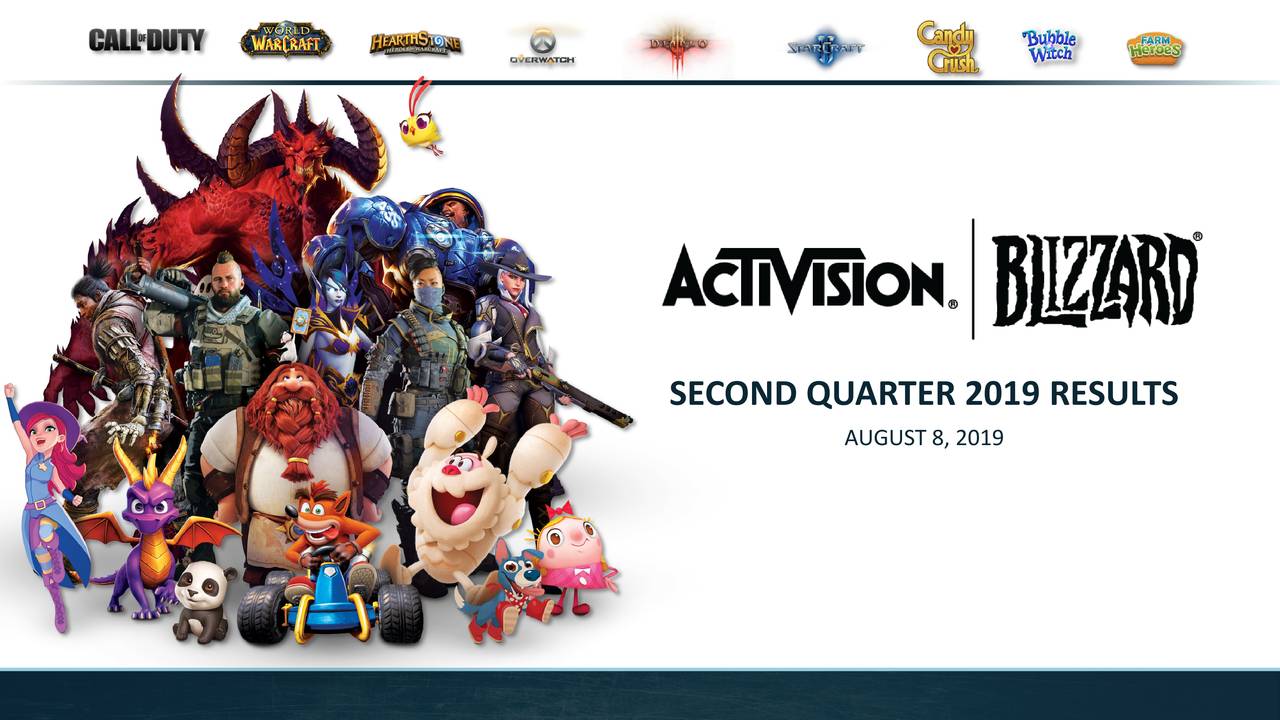 In a quarterly earnings call, Activision Blizzard shared its Q2 2019 results—and they show a year-over-year dip since the second quarter in 2018. This isn't necessarily alarming for the company, however, which said in its fourth quarter earning results in 2018 that 2019 will be a "transition year" for the company.

Net revenue for the company totaled $1.4 billion in Q2 2019, while it clocked in at $1.65 billion at the same time last year. Net bookings were down as well, with $1.21 billion for this year compared to $1.38 billion in 2018. On digital, net bookings were $1.01 billion in 2019 to $1.20 billion during the same period of 2018. But despite the lagging results, Activision Blizzard chief executive officer Bobby Kotick said the second quarter surpassed "prior outlook for both revenue and earnings per share."

"In the first half of 2019 we have prioritized investments in our key franchises and, beginning in the second half of this year our audiences will have a chance to see and experience the initial results of these efforts," Kotick said in a statement.

Activision Blizzard noted that it's expanding its investment in Call of Duty, Candy Crush, Warcraft, Hearthstone, Overwatch, and Diablo. This should "accelerate the delivery of content" for the company, it said in a press release. Notably, two of Blizzard's major titles, Heroes of the Storm and StarCraft, are absent from this list.

Despite the numbers, Blizzard said that "total time spent" in the Candy Crush app grew year-over-year, as did hours played in Call of Duty. Likewise, "daily time spent per player" for Blizzard franchise games increased as well. The Overwatch League, Blizzard's franchise-based esports league, saw an increase of hours viewed during the second quarter, according to the press release—though it's important to note that there are more hours of Overwatch each week with the increased number of teams. However, Activision Blizzard also said that "viewership and average minute audience" for the season-to-date has grown by double digits over last year.