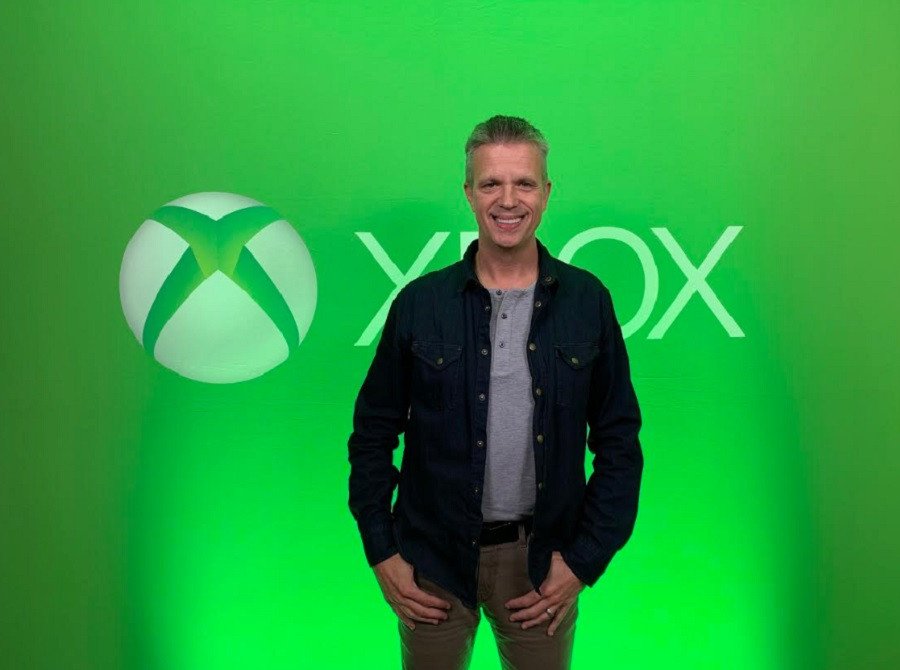 [Update 8/21/2019] While Ori and the Blind Forest is making its way to Switch, the Xbox team has clarified its stance on multi-platform releases. We should not expect a regular stream of Xbox titles appearing elsewhere, according to a new statement Microsoft issued to Gamasutra. “As these new studios transitioned in, we were aware of some existing commitments to other platforms and will honor them. However, going forward these new studios will focus on making games for our platforms,” Microsoft clarified. “We have no plans to further expand our exclusive first-party games to other consoles. We continue to believe deeply in cross-play and progression of games with the right flexibility for developers to ensure a fair and fun experience.”

The Xbox One generation started off with a whimper, but has ultimately led to a period of great transformation for Microsoft’s games division. With an increasing focus on subscription and services (bolstered by an ever-improving Xbox Game Pass), cross-platform support, Xbox Live support for iOS and Android, and a newfound commitment to accessibility, diversity and inclusion, the Xbox business of today barely resembles the one that caused consumers so much angst in 2013.

Now, having bulked up its first-party studio system to a total of 15 talented developers, including recent acquisitions such as Double Fine Productions, Obsidian, inXile, Ninja Theory, Undead Labs, Playground Games and Compulsion Games, the Xbox team is making it clear that it’s not afraid of utilizing unorthodox methods to further grow its business. During the Game Informer show last week (h/t GamesIndustry.biz), Matt Booty, Head of Microsoft Studios, commented that Microsoft is not opposed to bringing some of its first-party portfolio to competing consoles.

"I think that the question is less binary about, 'Should it be on Switch, should it be on PlayStation?' and more, 'Does it make sense for the franchise?'" Booty remarked. “In other words, is it a kind of game where it would benefit from the network effect of being on a bunch of different platforms, or is it a game where we can best support it by putting resources and making sure that our platforms, things like xCloud and Game Pass and Xbox Live, are really leaning in to support the game?"

Naturally, with games that have already had a large, built-in audience across numerous platforms, it’s wise for Xbox to keep supporting those games on other devices. After all, why alienate a huge player base that wants to keep supporting a franchise you own?

Minecraft, which has sold more than 176 million copies as of this May, is the perfect example of a franchise that’s playable anywhere. It would be foolish for Microsoft to spend $2.5 billion on the acquisition to suddenly make it Xbox exclusive, thereby limiting its audience. And while Double Fine’s or Obsidian’s products may not have the reach of a Minecraft, it still makes sense to make their products more widely available, if that’s what the developer would like.

“As Microsoft acquires products like Minecraft and others that were multi-platform, it becomes an interesting issue,” DFC Intelligence’s David Cole told GameDaily. “The Xbox installed base is pretty limited and so if they made them exclusives they cut off a huge portion of the audience. By making them multi-platform they reach a large audience that they can then migrate to Xbox platforms.”

The multi-platform approach is inherently a good marketing maneuver, Cole added: “Minecraft is one example. If it is on Switch and a better version comes out on Xbox, they have a built-in audience to move over to Xbox. I think it is definitely a long-term play that could help build the strength of the Xbox brand.”

This change in mindset is largely attributable to Xbox boss Phil Spencer, as profiled by GameSpot. With the support of Microsoft CEO Satya Nadella, Spencer has been gradually chipping away at the old console business paradigms.

"One of the first calls we got after the Minecraft acquisition was from Sony saying, ‘Are you going to pull it off PlayStation?'," Spencer said. "And I'm like, ‘Why would I do that? People like playing it on PlayStation.'"

That attitude is anathema to the idea of the “console wars,” but it’s a strategy that’s allowing a positive sea change across all of Xbox. It’s the same attitude that welcomed cross-platform play for Minecraft, PUBG, Fortnite and others. It’s become clear that the Xbox business isn’t entirely grounded in selling consumers an Xbox console. Yes, from an installed base perspective, some may argue that Xbox is “losing,” but that doesn’t matter nearly as much in 2019. And Spencer has been very upfront about that.

"The number of people that are actually buying a console every generation isn't growing dramatically, if at all," Spencer told GameSpot. "At one point you have to recognize that, okay, you can't just lead with one device. You can't just say, here's an Xbox. I'm going to go sell this device to every single person and that's what they're going to play on. That just doesn't work."

He added, "Nintendo is a strong player in this industry. Do I wish every Switch player was also an Xbox owner? That would be awesome, but that's not going to happen. Sony is the same way. I don't think gaming is better if Xbox somehow replaces PlayStation."

It’s a refreshing statement to hear from one of gaming’s leading executives, but it’s also perfectly in line with Microsoft’s brand transformation, Carter Rogers, SuperData's Principal Analyst, explained to GameDaily.

“Xbox has effectively been the name of the Microsoft gaming brand, rather than a platform, for several years now,” he noted. “Microsoft has deemphasized the importance of Xbox consoles ever since they stopped reporting on sales figures (likely as a result of falling far behind PlayStation 4 shipments).

“The ongoing success of the platform-agnostic Minecraft means this policy is a no-brainer. It’s better for the company to keep users playing, and spending on, a Microsoft-published game on another company’s device instead of missing out on those players entirely. It’s much like how they released full-featured versions of Office on iOS and Android after their own Windows Mobile operating system failed to take off.”

Lewis Ward, IDC's Research Director, Gaming and VR/AR, agrees that there’s definitely a Windows business approach rubbing off on the Xbox team, and that’s not necessarily a bad thing.

“Shortly after the launch of the Xbox One, Microsoft announced it would begin taking more of an OS view of gaming (Windows 10) and gamer base view of gaming (Xbox Live) and less of a hardware-centric view of the market,” Ward told us. “I think this is a continuation of this thread. If Microsoft can make money by running/hosting Sony and PlayStation Now games, or Nintendo games for that matter, on Azure, then they’ll do it. They want many first-party titles to be sold on Steam and other digital stores.

“They think the hardware or store exclusivity tradeoff isn’t worth it in these cases. In some ways, with huge games like Fortnite and Minecraft doing well with multiplatform support, I think you can say Microsoft has seen the writing on the wall and they want to climb a little more on the multiplatform bandwagon. This way they can be on the ‘right side’ of gamers in terms of openness and it’s possible the net effect is that these games will make more money long-term than the combination of platform exclusivity and whatever the incremental bump in hardware sales math works out to as a result of that exclusivity.”

With investments in cloud gaming and growing multi-platform support, some may jump to the conclusion that Microsoft’s rapidly evolving approach could spell the end of Xbox hardware, but that doesn’t seem to be the case -- at least not for a number of years.

“This news doesn’t mean Xbox consoles are going the way of Windows Mobile. Even with the upcoming rollout of Project xCloud, Microsoft is set to tout Project Scarlett as the best way to play games from Xbox Game Studios and other AAA publisher,” Rogers reminded us.

“We’ll likely see very different games going truly multi-platform versus staying inside the Xbox ecosystem. Many of the company’s recently-acquired studios make the sort of finite, single-player experiences that can be used to entice hardcore gamers to subscribe to Xbox Game Pass. In contrast, multiplayer titles that are aimed at more casual players are best-suited to appearing on as many screens as possible.”

As Rogers noted, Microsoft is likely to be very selective about which franchises get full-on multi-platform support. And part of that comes down to the fact that it likely knows that Project xCloud is going to be a slow build, meaning the Xbox hardware still has an important role to play.

“In my view, very few hardcore gamers on any device are going to jump on the cloud-streamed gaming bandwagon in the next few years – playing on local devices with local clients will generally deliver a better experience for these gamers,” Ward commented.

In the end, none of this would even be possible without Spencer’s candor and leadership. There’s a reason that studios that once were fiercely independent are suddenly agreeing to join the Xbox team.

"I've worked with a lot of different publishers over the years and they all have their own personalities and styles--but Phil is just a very legit individual," Double Fine’s Tim Schafer remarked to GameSpot. "He's made a lot of really great public statements about diversity and making games a positive force in the world, which really mesh with Double Fine's own mission. It kind of cemented that feeling that this is the right thing to do."

[Updated August 19, 2019] True to their word, the Xbox team wasted no time implementing this evolving multiplatform strategy. Today, Microsoft officially announced that acclaimed indie title Ori and the Blind Forest would be coming to Nintendo Switch. The Definitive Edition from Moon Studios will be available in the eShop on September 27.