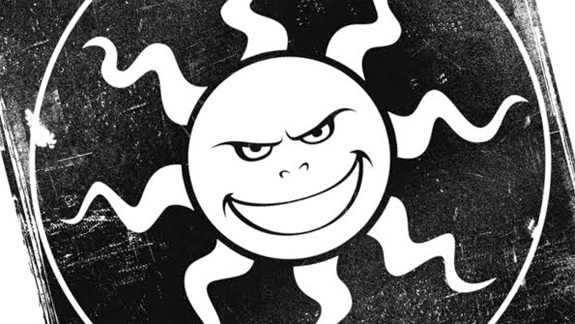 Starbreeze continues to struggle, as the Payday 2 publisher reports losses in its Q2 earnings for the 2019 fiscal year. This quarter saw the publisher sell off publishing rights for Psychonauts 2 to Microsoft (which acquired Double Fine) and 10 Crownsback to Offworld Trading Company developer Mohawk Games.

The one-time publishing rights divestments represented SEK 137.1 million ($14.2 million) of Starbreeze’s total net revenue of SEK 159.98 million ($16.6 million). Payday was the other major contributor to Starbreeze’s earnings for the quarter, bringing in SEK 14.4 million ($1.49 million). Even with the revenue injection for the sell-offs, Starbreeze reported a loss of SEK 60.1 million ($6.2 million), bringing the total loss for the first half of the fiscal year to SEK 227.34 million ($23.5 million).

The Payday publisher has been surviving on divestments since the company’s financial performance plummeted during third quarter of last fiscal year. The company ran afoul of Skybound after Overkill’s The Walking Deadfailed to meet the licensor’s quality standards and the game was removed from sale. A planned console edition was never released.

“Our creators and their stories are the core of Skybound, and since 2014 we have worked hard to expand the world of The Walking Dead into an exceptional co-op action FPS,” Skybound said at the time. “We did our best to work with Starbreeze and resolve many issues that we saw with the game, but ultimately Overkill’s The Walking Dead did not meet our standards nor is it the quality that we were promised.We are exceedingly sorry to our fans and share their disappointment in the game. We remain dedicated to providing our fans with the most premium quality content we can offer, and will continue to look for alternative video game options for the IP.”

Starbreeze has since also sold the publishing rights to System Shock 3 back to Otherside Entertainment, at which time the publisher said it was focused on maintaining its hold on 10 Crowns and Psychonauts 2. Clearly that didn’t work out as planned. Additionally, the company ended its publishing relationship with Behaviour Interactive for Dead by Daylight, which continues to see success and just announced a partnership with Netflix to add Stranger Things’ Demogorgon monster and Steve and Nancy as survivors.

The Swedish government has given Starbreeze an extension until September 3, 2019, to complete its reorganization. Acting CEO Mikael Nermark says that the divestitures ensure that Starbreeze will be liquid through mid fiscal year 2020.

“As previously mentioned, my number one priority and focus is securing the long-term financing for the company,” Nermark wrote. “In the short term, our finances are now secured as we have divested assets belonging to our non-core segment which has generated liquidity taking us to the second quarter in 2020. The work with the long-term financing is on-going with multiple parallel tracks, while we at the same time are negotiating with our creditors.”

In addition to selling off nearly all its holdings, Starbreeze’s reorganization also cost 60 jobs. The company went through a round of major layoffs in June.

“As an effect of the refocusing to our core business, game development with own IP, we have now taken actions on most of our non-core businesses,” Nermark continued. “In parallel, we have adjusted the company and its organization for the core business and made the necessary adjustments in head count, which will have full effect on our cost base during the third quarter. The restructuring of the group to clarify our assets and simplify the legal structure is complete.”

In addition to Dhruva and Nozon, Starbreeze has deaccessioned Enterspace (a location-based VR center), a VR park in Dubai, UAE, and other products connected to location-based VR initiatives. The company’s remaining non-core holdings include StarVR (first shown to the public at E3 2015), PresenZ (which makes non-interactive VR projects with six degrees of freedom), and ePawn (maker of toys-to-life and XR experiences). Given Nermark’s statements, it wouldn’t be a surprise if the company divests these operations imminently.

Starbreeze isn’t out of the woods. The company is leaning heavily on its Payday franchise, with a new mobile game in development in partnership with Universal.

While Nermark seems confident that his company will continue to limp ahead, without major investment and new revenue streams, the finances are still out of balance. Selling off holdings isn’t a sustainable business model. Starbreeze has also lost a prominent board member in Redhill Games CEO (and former head of Remedy Entertainment) Matias Myllyrinne, who declined re-election to the board of directors.

Myllyrinne’s Redhill Games recently raised $11.4 million from Makers Fund. His voluntary departure from Starbreeze’s board is a blow to the publisher’s credibility as it seeks new investment as part of its reorganization.

Starbreeze is running out of rope. Payday isn’t enough to keep the company afloat. New IP and investors willing to take the risk on the company (which has been plagued with legal issues) are going to be crucial for survival. Time is running out, and the valuables have already been sold.