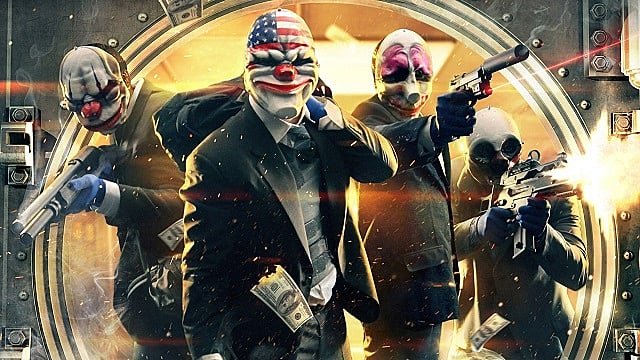 With a deadline set for today on a previous extension, Starbreeze has asked the Stockholm District Court for a third extension to its reconstruction period after two previous periods that lasted nine months, according to brief press release issued by the Swedish developer (h/t Gamasutra).

If the latest request is accepted by the court, it would provide the struggling company an additional three months to bring itself back to more stable ground, bringing the Payday and Chronicles of Riddick developer a full year of reconstruction.

Starbreeze has had an incredibly difficult year, starting with it dealing with the ramifications of being raided by Swedish police towards the end of 2018, following suspicion about insider trading. With the studio's finances in disarray, it then proceeded to sell back publishing rights to OtherSide (System Shock 3), Mohawk Games (10 Crowns), and more. The bad news continued as its contract for its Walking Dead game was cancelled by Skybound, the company suffered a round of layoffs, and Starbreeze ultimately acknowledged that it might not have enough money to last the year.

It's since been propping itself up with numerous revenue injections by selling off some of its interests in other game firms. Starbreeze sold off its 91.82% interest in India’s Dhruva Interactive to Rockstar Games, yielding about $7.5 million in revenue. The company also sold off its stake in Nozon, a VR tools shop. Aside from selling off the bulk of its holdings, the developer benefitted from selling its aformentioned publishing rights back to its original owners (or in the case of Psychonauts 2, Double Fine’s new parent, Microsoft).

Starbreeze hope this extension, if granted, will finally enable it to sort its affairs with Swedish authorities while providing more time to pour more money back into internal games development within the studio.

Speaking at the end of last month, Starbreeze CEO Mikel Nermark said its short-term future was now secure through to next year.

“In the short term, our finances are now secured as we have divested assets belonging to our non-core segment which has generated liquidity taking us to the second quarter in 2020,” he said. “The work with the long-term financing is on-going with multiple parallel tracks, while we at the same time are negotiating with our creditors.”

Even with finances secured for the near future, Starbreeze will hopefully have a more concrete strategy for success to rely on, as Swedish law does not appear to allow for any further reconstruction extensions beyond one year.

The developer can't assume any new internal development will become instant successes (launching new IP in this business is incredibly challenging), and in the meantime it's leaning on its deal with Universal for a new mobile game based on its Payday franchise. But is that enough?