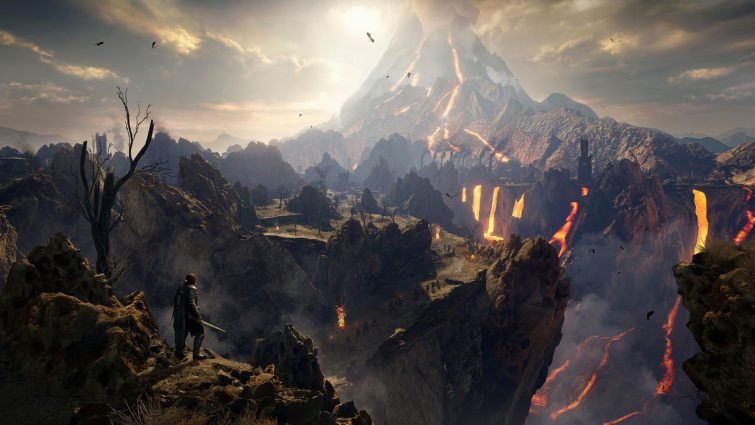 Microtransactions (MTX) and loot boxes have been banished from Middle-earth: Shadow of War. The spectre of MTX in Monolith and WB’s Tolkien-flavored single-player game has been removed as of the latest patch, which is live on Steam (unknown on PlayStation 4 and Xbox One). It joins EA’s Battlefront 2 as the latest triple-A game to axe loot boxes in the wake of massive community outcry.

Monolith announced back in March, almost 8 months after the game was launched in August, that it was planning on patching out the nefarious single-player MTX. In a post on the WB community forums, a community admin posted a sizable update on what to expect from Shadow of War going forward.

“The core promise of the Nemesis System is the ability to build relationships with your personal allies and enemies in a dynamic open world. While purchasing Orcs in the Market is more immediate and provides additional player options, we have come to realize that providing this choice risked undermining the heart of our game, the Nemesis System. It allows you to miss out on the awesome player stories you would have otherwise created, and it compromises those same stories even if you don’t buy anything. Simply being aware that they are available for purchase reduces the immersion in the world and takes away from the challenge of building your personal army and your fortresses.”

When randomized loot boxes undermine the game’s narrative experience (or flow), then it’s intrusive for the sake of raking in that sweet MTX revenue. While the loot boxes in Battlefront 2 were broken for different reasons (unbalancing a multiplayer experience by allowing players to “pay to win”), they were no less infuriating for the Battlefront community, who had their own outcry last November. Since then, EA has kept its promise to the community and kept player progression entirely held to playing the game and earning experience.

Blizzard has shown that there can be some measure of sensibility with loot boxes, but it requires the items contained in the MTX to hit that fine line of valuable and worthless. Loot boxes in Overwatch (and Heroes of the Storm) are cosmetic updates only, much like how things are in Epic’s Fortnite. They don’t mean anything to the game itself and don’t change how the game is played from match to match and map to map. You can’t “game” Overwatch or Heroes of the Storm by buying loot boxes. Player progression is tied to time spent in the game winning matches.

As more and more triple-A publishers turn their attention towards games-as-a-service content updates and long-term community engagement, the less likely we’ll see blatant MTX (like Diablo 3’s auction house at launch) or loot boxes intrusively thrust into a game as an additional revenue stream. The blowback from both Shadow of War and Battlefront 2 community members (even though it became a toxic storm on reddit) demonstrated that companies are watching and listening. They want to make money on their commercial art, of course, but if they’re willing forgo the almost irresistible siren song of MTX in favor of their communities, then it's a step in the right direction.