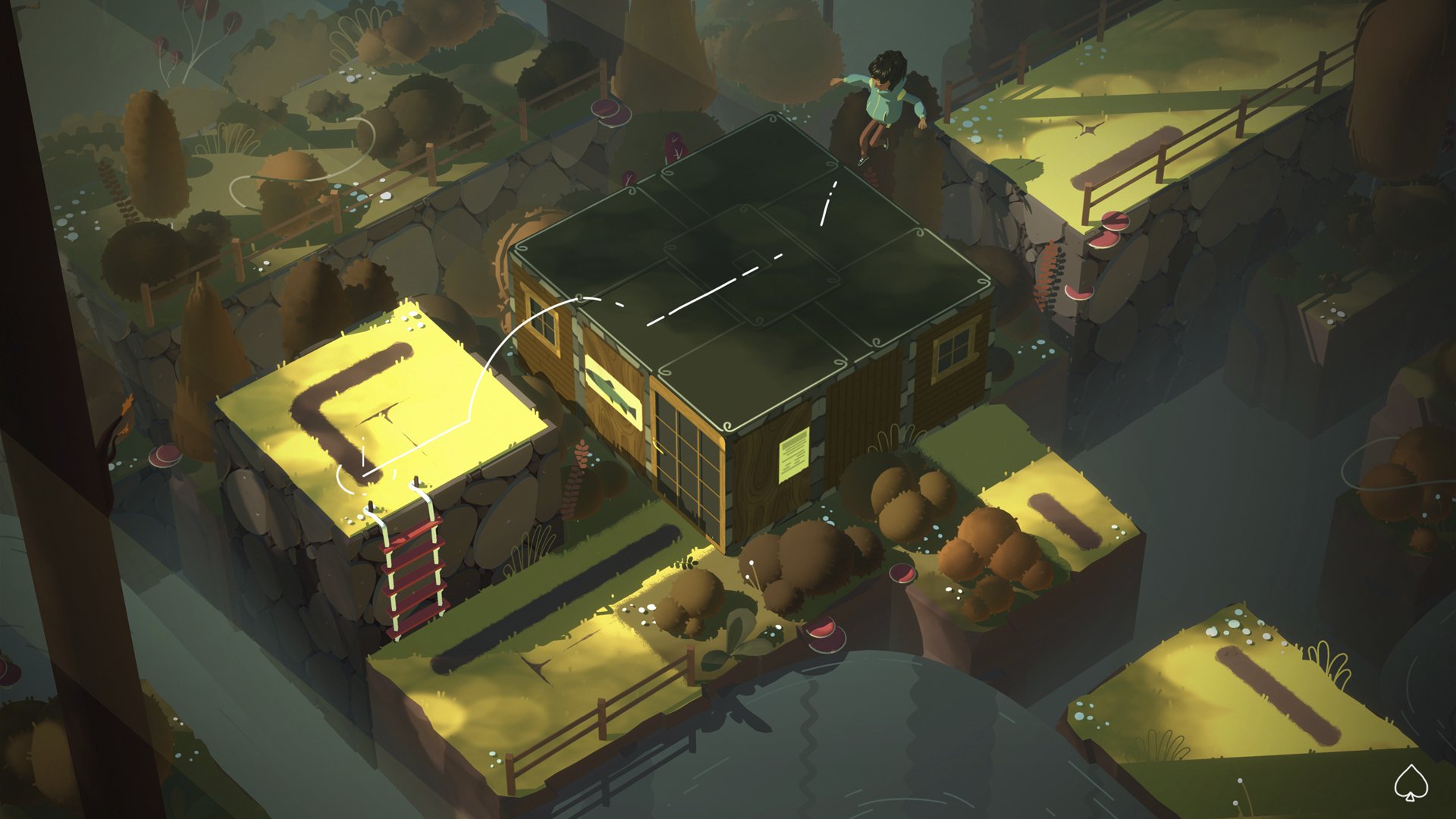 When Apple Arcade was announced in March 2019, the game industry was both excited and skeptical of what the subscription would mean for the future of publishing games on iOS and Apple devices. With a $4.99 monthly price tag, it felt another way to push a Spotify subscription model on developers without care for the longevity of the games or their studios.

As it turns out, Apple is fronting development costs. This makes the relationship closer to a traditional publisher/developer deal. And Apple stepping in means these weird, interesting, oddball mobile games that might not have had a chance anywhere else have been given a platform that has the potential to house almost half of the world's mobile market.

A game like Where Cards Fall, developed by LA-based studio The Game Band and published by Canadian studio Built By Snowman (the folks behind Alto's Adventure), spent many years in iterative-development hell. Sam Rosenthal, creative director at The Game Band, started developing the game when he was still at the University of Southern California, but considered Where Cards Fall a side project. When he graduated, he went off to make games like What Remains of Edith Finch. Thanks to Apple Arcade, Built by Snowman, and a little serendipity after Edith Finch, Where Cards Fall has a home on the service where players can use playing cards to guide a coming of age tale.

Apple doesn't consider itself a publisher with Apple Arcade, though. Relationships are the foundation of what Arcade is built on, which is why each of the games offered on Arcade run the gamut of exclusivity. We've surmised that a game like Simogo's Sayonara Wild Hearts, which will simultaneously launch on Apple Arcade and Nintendo Switch on September 19, may be considered an exclusive for mobile devices. Based on what we've learned about Arcade's exclusivity, other games fall into total exclusivity (they may only ever exist on Apple Arcade) and subscription exclusivity (where the game may also be included in other subscription services).

There will be a regular release cadence for Apple Arcade, although there isn't any word on what that cadence is going to be or what that will amount to on a monthly or quarterly basis. As there will be new games coming out on the service, developers can choose to take their game out of the Apple Arcade service if it's no longer an arrangement that works for either (or both) parties. For now, Apple is focused on delivering quality games to Arcade subscribers. It will be up to subscribers to play and download the games that move them most so that developers and Apple alike can see what folks are most interested in.

The submission process for Apple Arcade isn't relegated to someone scouting for the shiniest new game. In fact, there have been a few developers that Apple's worked with for Arcade that came to them with nothing more than a concept and some wireframes. But there was something there that Apple believed in for Arcade, so it funded the project for the service. Others, like Shinsekai Into the Depths, developed by Capcom, and ChuChu Rocket Universe (a sequel to ChuChu Rocket, developed for Dreamcast) are part of a broader portfolio for the tech giant's subscription service. But each of these games, regardless of the brand attached, have to meet the bar that Apple sets for quality.

(And Apple has always been a stickler for quality.)

What's certain is that Apple is looking to judge the games on their own merit, not because they have an established studio or IP to use as a jumping off point. The aim of Apple Arcade is to assemble a collection of unique mobile games for as many different people as possible. If quality and care weren't important, Apple Arcade would likely not exist in this particular iteration. There wouldn't be much point.

When a developer agrees to launch their never-released game on Arcade, Apple covers development and marketing costs, as well as providing technical expertise. This is part of how Arcade's compensation works for developers, although Apple hasn't provided any additional clarity as to the details of that revenue share or agreement. But we've learned that Arcade's payment structure is consistent with how Apple approaches compensation with music, television, etc.

The most important thing that a developer needs to know is that because Apple doesn't consider itself a publisher for Arcade (even though they do functionally act as a hybrid of platform holder, distributor, and publisher), developers retain the rights to their own games. Any game that's released on Apple Arcade doesn't belong to Apple, no matter the resources Apple has poured into it (time, money, etc.). The games will always belong to the developers (and publishers).

Subscriptions have helped to shape and rebalance how folks interact with games on a regular basis, especially with how Xbox Game Pass has helped Microsoft position Xbox as a platform. Because these subscription services are curated experiences, subscribers are better able to find games they like and dart off to games that they may not have picked up in the first place.

"One of the things we set out to do with Game Pass was … reducing the friction to exploring [and] discovering new games, new genres, new titles,” said Microsoft head of gaming services Ben Decker during a March 2019 conversation. “We've been exceptionally thrilled with those results. After a member enters Game Pass, the average number of titles they play goes up by 40%. What's potentially even more impressive than that, the number of genres that they play goes up by 30%.

"On average we see a six times increase in usage for all the games that go into Xbox Game Pass. So, on average, a game goes into Game Pass, number of people playing it goes up by about six times. That varies, depending on the size and recency of the title, obviously, but that's the average across the board."

EA's Mike Blank, senior vice president and general manager of Origin and EA Access, told GameDaily in May that he's seen the same kinds of trends from EA's subscribers across their platforms.

"The unknown is a little scary sometimes," Blank said. "Obviously there are implications to introducing new business models. I think of subscriptions less like a business model and more of an experience. When you use Netflix, or when you use Spotify, or any of these services – it's not just how you pay for something, it's how you experience the content. And the play patterns that we see amongst our players changes. They play more games, they engage for longer."

As is the case with big data, Apple won't be able to share these kinds of findings until at least a year has gone by, and even then, there still won't be enough to say that Arcade will definitively reshape discoverability on mobile. The metrics that matter to developers are engagement and ensuring that their games get into as many hands as possible. Arcade has the potential to circumvent individual user acquisition costs by banking on Apple's reputation for quality. And this, in and of itself, could be a game changer altogether.