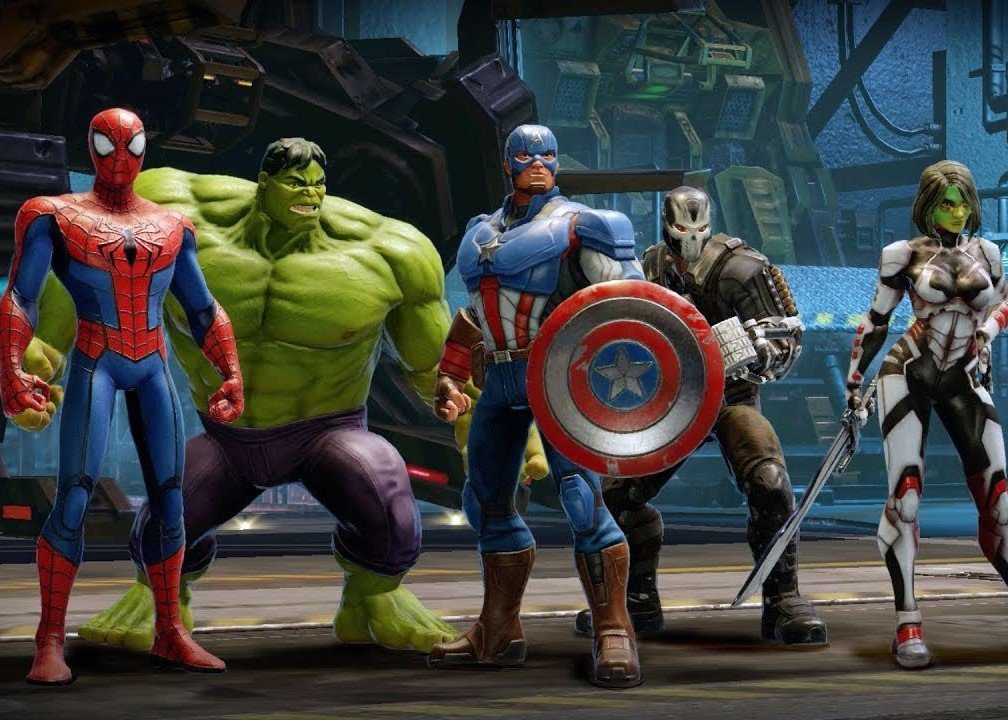 Pokemon Go developers Niantic Labs just announced that they acquired Seismic Games, which is made up of a group of veterans from EA, Pandemic and Activision. These are folks who’ve worked on big-name licenses like Marvel: Strike Force and Blade Runner: Revelations. Days earlier, I chatted with Seismic’s Chief Creative Officer, Eric Gewirtz, about how he’s approached working on huge brands. He kept the big acquisition news close to his vest and was cagey about what Seismic would be working on next.

Joining the Niantic family makes sense, though. Niantic has proven that it can work with massive franchises like Pokemon and Harry Potter. As it expands it portfolio, Niantic will benefit from Seismic’s veteran team. In addition to Blade Runner and Marvel, Gewirtz has experience with Star Trek, Star Wars, and Lord of the Rings. There are no bigger entertainment properties on the planet. But rather than the cash grabs of yesteryear, today’s licensed interactive entertainment requires a careful and respectful approach -- one that will add to the lore and universe.

This has been Gewirtz’s philosophy all along. During his days at Pandemic, where he worked on the original Star Wars Battlefront (not to be confused with the more recent ones from EA DICE), he was on a mission to “recreate the greatest battles of Star Wars any way you want.”

He continued, “It was kind of taking that Battlefield 1942 model of running around on the battlefield of different sides, with different types of weapons and with vehicles and with different planets. It seemed like that gameplay married that fantasy of the Star Wars universe so well, that it was real easy to do.”

One of the best compliments to receive as someone working on a big licensed IP is when the licensor accepts your work into the official canon of the universe.

“We created a planet in the Star Wars Clone Wars game called Raxus Prime, this junkyard planet. We were so excited about it because it worked well in the game and that got adopted as canon officially and it got incorporated into other Star Wars books, and everything,” Gewirtz reminisced. “To be able to contribute to the greater IP, to the greater lore and the canon was really exciting for the super fan nerd boys in us.”

This same kind of approach applies to Seismic’s recent mobile RPG release, Marvel: Strike Force, which has been a top App Store downloaded game app since launch in March, and according to Sensor Tower has generated $25 million in revenues across both iOS and Android.

“That kind of support is kind of awesome. I think the shift that's happened in the last few years, as games have become so much more robust as a form of storytelling and as a form of ways to engage with fans, I think the licensors have realized that sometimes you can actually continue the relationship and experience that a fan has within a certain license through games. So I mean, the Contest of Champions, Marvel Contest of Champions is one of those examples where, you know, it becomes so popular and immersive that it gets incorporated into Thor Ragnarok.”

He added, “I think that there's been a healthy respect of realizing, especially in VR and interactive storytelling, more and more ways where people are seeing that games are just one more entry way into [crafting] content for furthering the license.”

VR has been the latest playground for Seismic, which partnered with Alcon on the new Google Daydream release of Blade Runner: Revelations. Once again, Gewirtz and his team had to carefully consider how best to fit a new experience into this heralded sci-fi franchise.

I'm really excited to be able to experiment right now [in AR/VR] while it's still in the wild west and figure out what's working and what's not.

“Blade Runner was a little more of a unique challenge because [we were] working in the genre that's still pretty much the wild west with long-form VR,” he noted. “Blade Runner is such a nuanced IP, it's not really an action IP per se as much as it is kind of more of an intellectual IP in its theme and concepts. So, it took us a little while to kind of hit on what is the core of the marriage between the mechanics that we wanted to deliver on.

“I think what we finally stumbled on specifically was this idea of the mystery and the exploration of the world of futuristic Los Angeles, combined with the mechanics of exploration and uncovering clues. And then ultimately the sense of identity, which was kind of the coolest idea. In VR, there are no barriers to suspension of disbelief. You are there. And so the idea that you're playing a blade runner and you're unsure about the nature of your identity, whether you're a replicant or a human and how and what role you play in the greater mystery, I think was really exciting for us because it worked on a really kind of intense level.”

Ultimately, Gewirtz said that dealing with mega licenses isn’t so much about creating what everyone in the gaming audience wants, but it’s more about serving the larger fan base of an IP.

“I think it goes back to that fundamental perspective on, ‘What does a fan want?’” he said. “And it helps when you're a super uber fan as we were, as most of the team is, of Blade Runner. We kind of broke it down to, ‘What do VR gamers want? What are they looking for, and what is a Blade Runner fan?’ I think the hardest part is not really trying to answer those questions, it was trying to actually execute on all those questions. So, we just went through the list, ‘Oh well I want to take a Voight-Kampff test. I want to find out if I'm a replicant or a human. I want to track down replicants as a blade runner. I want to fly in a spinner around Los Angeles. I want to be able to interrogate and figure out if the perps I'm talking to are replicant or human. I want to shoot Deckard's gun.’

“We started going through that and saying, ‘OK how does that translate into an experience, how does that translate into a game, what are the kind of mechanics that we need to build around that?’ And then in parallel we start developing the story, working with Alcon on where the game was going to take place in the timeline, and where, you know what areas or what dark corners of the Blade Runner universe hadn't really had a light shined on them.”

Seismic and Alcon were able to find a “sweet spot” between the first Blade Runner and Blade Runner 2049 while getting an opportunity to add to the IP’s lore. “It was this interesting transitional era, because there was a lot that happened in between the two films from a timeline standpoint,” Gewirtz noted.

VR was an interesting choice for Seismic, but working in the space excites the team and now that the studio is part of Niantic, it will have a chance to dive head-first into AR. Niantic remarked on its blog, “We recently gave a peek under the hood of the Niantic Real World Platform, and we see the addition of Seismic Games as a significant accelerant for realizing our vision of an operating system that bridges the digital and the physical worlds.”

Gewirtz feels that trying to recreate first-person shooters or huge open-world MMOs in AR/VR is the wrong approach to take.

“I still feel like we haven't figured out what genre [to make]. I don't know if it's going to be new genres or a hybrid of existing genres that are going to be the kind of experiences you need to be in VR in order to really appreciate and enjoy,” he said. “I'm really excited to be able to experiment right now while it's still in the wild west and figure out what's working and what's not.

“Blade Runner is a pretty traditional kind of interactive storytelling, more like an old-school adventure game at its heart. And, you know, we knew we weren't going to be doing a crazy robust, non-linear open world story like a Skyrim or a Fallout. We really focused on what's cool in the storytelling side on VR. And these subtle tricks and effects that we found out that are so much more interesting in VR than in the regular games had to do with the way you interact with other characters, the distance between the characters, invading personal space...having an environment where there's conversation happening around you, and the characters kind of walk around and require you to change your focus while you're interacting with them.”

It eventually transcends into multiple media… It's really kind of all just blurred at this point, and I think it's all just seen as one big whole and I think that's kind of beautiful.

Gewirtz has worked on the other side of these big licenses as well, having served as a screenwriter for Warner Bros and 20th Century Fox. What he’s witnessed from Hollywood is a clear change in attitude towards games as an industry and artform.

“I think film and TV were both a little reticent at first to accept games as an extension of their IP,” he acknowledged. “It was more like they were almost handled more like merchandising and kind of an ancillary. I think that's changed completely. I think that as more and more generations grow up with games as a major influence in their life, and those people become directors and IP holders themselves, they realize the power of games.

“Then I think on the other side, as more and more of these games become more robust and so intense in their storytelling experience and have such a big impact on people, it doesn't really matter what the original source of the license or the IP was. It eventually transcends into multiple media… It's really kind of all just blurred at this point, and I think it's all just seen as one big whole and I think that's kind of beautiful.”

This relatively newfound acceptance of games by other entertainment is certainly a boon for companies like Seismic. Extending big IP has been their bread-and-butter.

“I think there used to be a little bit of, even on the games side, a kind of looking down on the licensed games,” Gewirtz said. “That's gone away a fair bit and it's been nice to see that. I've worked on original IP games as well but it's such a different beast and such a different challenge to take an existing IP and make sure that you deliver a game experience that is, again, a satisfying game experience on its own but also stays true to the fantasy and the tone and the feel of the IP. I think that's a unique skill and I'm proud that we've cultivated that skill at this company.”

The press junket raises questions over how such an event was deemed appropriate to begin with.

Backed by CD Projekt co-founder Michal Kicinski, the publisher will focus on games with a "new retro twist."

Dungeons & Dragons had its best year ever in 2020

The perennial TTRPG experience has attained unprecedented popularity. Wizards of the Coast president Chris Cocks talks about D&D's importance during a time of social distancing and what the future holds for the brand.