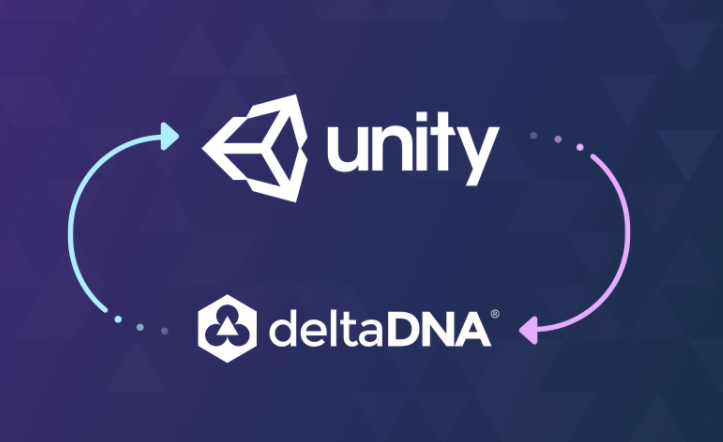 Unity, whose eponymous game engine has become ubiquitous, reaching nearly 3 billion devices worldwide, today announced another strategic acquisition to improve its popular toolset. One of the leaders in LiveOps management, deltaDNA, is joining the Unity Technologies corporation but will continue to operate separately. Terms of the deal were not disclosed, but importantly for developers, Unity will be integrating deltaDNA’s suite of LiveOps tools into its main Unity Engine framework.

In an industry that’s increasingly leading towards games-as-a-service (especially on mobile), the importance of acquiring, engaging, and retaining players cannot be overstated. Launching a good game is no longer satisfactory.

“We have...heard the challenges that game developers face beyond creating the game itself – operating the game and retaining players. Our goal is to be with you through that entire journey – to enable your success and keep your players in the game,” Ingrid Lestiyo, General Manager, Monetization, Unity Technologies said on the Unity blog.

She added in a press release, “Today’s acquisition of deltaDNA builds on Unity’s commitment to enabling developer success at all stages of the game lifecycle, from creation onwards. DeltaDNA helps developers deeply understand their players, optimize their games and increase revenue. We’re excited to welcome deltaDNA into the Unity family, and to extend the reach of their real-time engagement capabilities to creators around the world.”

DeltaDNA has a track record of working with both large publishers and smaller studios, including Viacom, Bandai Namco, Sega, Take-Two Interactive, 505 Games, FTX Games, Behaviour Interactive, and more. The company claims to have “deep and rich player data” on 160 million monthly active users.

“Operating your game just got a whole lot better. DeltaDNA and Unity have always worked well together, but the possibility of a fully integrated workflow is a game-changer for everyone involved,” said Mark Robinson, Chief Executive Officer and Founder, deltaDNA. “By joining Unity, current deltaDNA users will continue to receive tailored support, now with the backing of mobile gaming’s most successful engine, and Unity’s developers will have more seamless access to our advanced analytics and engagement tools.”

There are a lot of talented indies in this industry who are wonderfully creative and can build fantastic games, but they may not have the marketing or monetization skills needed to succeed in an overcrowded market. Unity is a very popular choice among indies (the company claims that more than half of all games are built on its platform), and now these indies will automatically get a welcome hand with LiveOps management.

“We have always talked about how deltaDNA allows you to manage the whole game economy. Joining Unity evolves the proposition yet again as we look to tie everything together across Unity’s Acquire, Engage, and Monetize functionalities,” said deltaDNA’s Jon Watts on the company blog. “Unity users will have the opportunity to access our advanced analytics and engagement tools. Building games with Unity’s engine and then optimizing them using our platform will be easier than ever.”

Having access to enormous swaths of player data can give developers the information they need to properly tailor a game to players’ interests. And that’s key to retention.

"The guys at deltaDNA are an ideal partner for us because we know successful games don’t just appear by luck. They take hard work and persistence backed by a detailed understanding of the player journey and the ability to experiment quickly to optimize the game. The deltaDNA toolkit allows us to make the right decisions in game development and player management,” commented FTX Games CEO Casey Dickinson, according to deltaDNA’s website.

Mobile research firm Sensor Tower told GameDaily that it’s seen the dramatic impact that proper LiveOps management can have on a title’s success.

“We've seen countless examples of mobile games benefitting from well-run LiveOps in terms of increased engagement and the user spending growth that accompanies it. Even some of the most seasoned publishers in the space have witnessed the dividends implementing LiveOps in their titles can pay. For example, Sensor Tower tracked a 10x increase in user spending in Angry Birds 2 over an 18-month period following Rovio's rollout of LiveOps in that title. It's cases like that and innumerable more we see on an ongoing basis that prove LiveOps really are an essential part of modern free-to-play games,” Sensor Tower co-founder Alex Malafeev told us.

GameDaily Connect frequently has LiveOps-dedicated sessions for developers who wish to learn more about this important topic. One common phenomenon that developers who ignore LiveOps can suffer from is called the “shark fin,” according to Mark Val, GM Europe at PlayFab. Essentially, a title sees an initial boost in users, sometimes while benefiting from being featured by a digital storefront, and then quickly starts losing users in the following months. Hopefully, developers building with Unity can now leverage deltaDNA’s tools to avoid this.

For Unity, the company has been on an acquisition run in 2019, as deltaDNA marks the third company it’s added to its family, following voice chat specialist Vivox and filmmaking firm Digital Monarch Media. Over the summer, Unity wrapped up another major funding round that brings the corporation’s value to $6 billion. Things certainly seem to be going swimmingly for the engine maker, although the shadow of CEO John Riccitiello’s being accused of multiple instances of sexual harassment still looms over the company.

Unity is currently preparing for its Unite 2019 event in Copenhagen (September 23-26), where it may have more updates to share. If Unity has major news, GameDaily will be sure to bring you the latest.