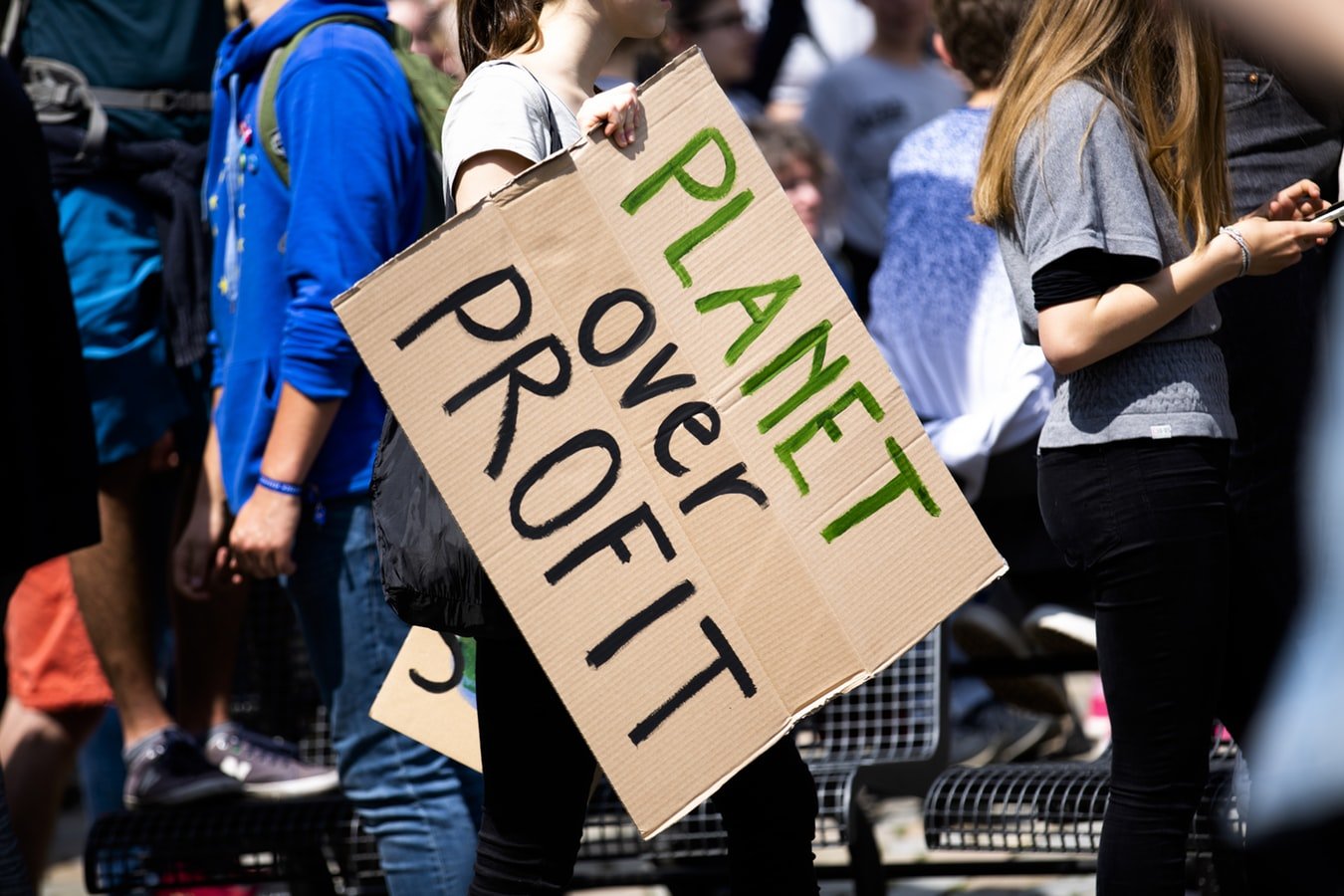 Earth is getting hotter as each year goes by, and the doomsday reports are becoming increasingly dire. According to NASA, the surface temperature on the planet has already risen 1.62 degrees Fahrenheit (0.9 degrees Celsius) since the late 19th century, and the majority of that warm up happened in the last 35 years as CO2 levels have skyrocketed. Climate change is real, and more and more industries are now looking at ways in which they can help. Today, 21 companies from the games industry joined the United Nations Environment Program (UNEP) to pledge their support (h/t GI.biz).

As outlined by UNEP, these companies (which include platform holders such as Xbox, PlayStation, and Google Stadia) have promised to collectively reduce their CO2 emissions by 30 million tons by 2030, and they’re also going to assist with planting millions of trees while fostering “new ‘green nudges’ in game design and improvements to energy management, packaging, and device recycling.” Of the 21 companies, 14 also joined a “Playing for the Planet Alliance” in an effort to support other companies by sharing learnings about climate change and keeping tabs on environmental progress. UNEP said the commitments were made possible thanks to support from Playmob and a GRID-Arendal study.

“The video games industry has the ability to engage, inspire and captivate the imaginations of billions of people across the world. This makes them a hugely important partner in addressing the climate emergency,” said Inger Andersen, UNEP’s Executive Director. “We are encouraged by the commitment of these gaming companies, which shows recognition that we all must play our role in the global effort to lower carbon emissions and effect real change towards sustainability.”

Sony Interactive Entertainment CEO Jim Ryan wrote on the PlayStation blog about PlayStation’s involvement in the Playing for the Planet Alliance.

“At SIE, we have made substantial commitments and efforts to reduce the power consumption of the PS4 by utilizing efficient technologies such as System-on-a-Chip architecture integrating a high-performance graphics processor, die shrink, power scaling, as well as energy saving modes such as Suspend-to-RAM,” he said. “For context, we estimate the carbon emissions we have avoided to date already amount to almost 16 million metric tons, increasing to 29 million metric tons over the course of the next 10 years (which equals the CO2 emissions for the nation of Denmark in 2017).

“I am also very pleased to announce the next generation PlayStation console will include the possibility to suspend gameplay with much lower power consumption than PS4 (which we estimate can be achieved at around 0.5 W). If just one million users enable this feature, it would save equivalent to the average electricity use of 1,000 US homes.”

Ryan also vowed to complete a carbon assessment of PlayStation’s services and data centers, and he said Sony would look to spearhead more initiatives within the industry and gaming community at large.

“Our commitments are not only related to hardware and operations, we are also keen to help inform people interested in sustainability goals. We have committed to working with the industry and climate experts to develop reference information for use by game developers that wish to include sustainability themes in games. In addition, we will investigate potential PS VR applications that can raise awareness of climate issues and climate experts,” he continued.

For Microsoft, the company promised to expand its existing carbon neutrality commitment (established in 2012) to its devices and work. The company aims to reduce its supply chain emissions by 30% by 2030 while certifying 825,000 Xbox consoles as carbon neutral in a pilot program. The company said it will also look to leverage the popularity of Minecraft to advocate for real-life sustainability change through its ‘Build a Better World’ initiative.

“Climate change is impacting each industry and every sector, and we believe technology can play a critical role in enabling and empowering the response to this challenge,” said Xbox boss Phil Spencer. “Initiatives like our Minecraft Build a Better World Campaign and CarbonNeutral Xbox pilot provide a great opportunity to tap into Microsoft’s technology sustainability and gaming community to make a difference in this key area of our business.”

Companies that operate numerous data centers are, of course, going to be consuming massive amounts of energy on a daily basis. With Microsoft and Google both pushing hard into the cloud gaming business, with Project xCloud and Stadia respectively, the impact on the environment is a genuine concern. GameDaily reached out to both companies for additional comment.

A Google Stadia spokesperson pointed us to CEO Sundar Pichai’s blog about the company’s commitment to renewable energy. In 2017, Google became the first company of its size to match its entire annual electrical energy consumption with renewable energy (making it carbon neutral), and then Google did it again in 2018. “As a result, we became the largest corporate buyer of renewable energy in the world,” said Pichai. It’s a good thing that Google has made this effort, as its annual energy consumption had been steadily rising. According to Statista, the company had consumed 8.03 terawatt hours in 2017.

A Microsoft spokesperson did not reply to our inquiry as of publish, but it should be noted that the company did promise earlier this year that its datacenters will use 60% renewable energy by 2020. Microsoft is aiming to cut carbon emissions by 70% in the next 11 years. Having 60% renewable energy puts Microsoft ahead of Amazon, which sits at 50% renewable energy as of 2018, and controls a gigantic portion of the cloud thanks to Amazon Web Services (Amazon has pledged to be at 100% by 2040). That said, Google is already at 100%, and so is Apple. Apple is not listed by UNEP, but when contacted for comment, Apple PR directed us to its 2019 Environmental Responsibility Report.

Nintendo, perhaps, was the most glaring omission from UNEP’s report from a games platform perspective. In 2010, the House of Mario earned last place on Greenpeace’s environmental ranking. Nearly a decade later, in 2019, the company’s Corporate Responsibility Report talks about recycling and providing electric car charging stations at its office, but there’s no mention of climate change or renewable energy. GameDaily has reached out to Nintendo for comment and we’ll update this story once we’ve heard back.

As part of the UNEP pact, Google Stadia intends to share a sustainable game development guide and fund research into “how ‘green nudges’ can be effectively incorporated into game play.” GameDaily was not able to secure any game development tips from the Stadia team, so we got in touch with one of the most eco-conscious developers we know: Tigertron.

The Brooklyn-based studio launched Jupiter & Mars earlier this year, and the founding duo -- Sam Kennedy and James Mielke -- have made environmental awareness, climate change and ocean preservation a key facet of their messaging.

“Besides creating Jupiter & Mars—our game which shows one possible outcome from the threat of climate change—we take efforts to make the Tigertron studio as eco-friendly as possible, from installing long-lasting eco-friendly bulbs, to consciously avoiding as much single-use plastic, to bicycling and using public transportation, and even printing our business cards on recycled paper,” said Mielke. “We try to walk the walk. Of course, we have also committed to donating a percentage of our proceeds to environmental organizations like Sea Legacy in the hopes that games can truly effect change.”

Kennedy added that Tigerton thinks about its carbon footprint with its day-to-day routine, including “eating less meat, reusing packaging, keeping only essential hardware in operation, and utilizing video conferencing versus flying long distances when possible.”

He advised, “There are a lot of fairly low impact, from an effort standpoint, adjustments that have simply become ingrained in our studio mentality. While there are always business realities, there's plenty of low hanging fruit that any studio can look for in terms of creating a culture of sustainability.”

UNEP cites a global gaming audience of just shy of 1 billion players. Considering that there are nearly 3 billion smartphone users worldwide today, the actual gaming audience is possibly even higher than that. There’s no doubt that this sizable demographic can play a significant role in climate change awareness and action. And it’s going to have to. Without action, the future on this Earth will be anything but fun and games.

[Update 9/24/2019] A Microsoft spokesperson did not issue a statement but directed us to this blog post from earlier in the year about Microsoft nearly doubling its internal carbon fee and holding its divisions accountable for reducing carbon emissions.

GameStop: No delays in new PlayStation and Xbox consoles

In a quarterly earnings call, the struggling games retailer detailed further decline amid the coronavirus pandemic.

Developers interested in learning can get 3 free months of virtual classes with Unity. There are numerous streams and game companies raising money to help during the pandemic as well. [UPDATED]