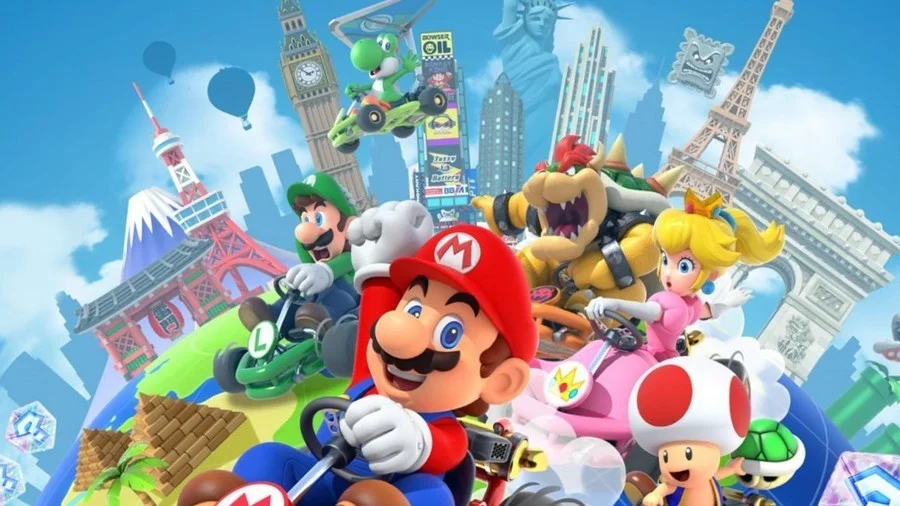 Nintendo’s move into the mobile space has been a smorgasbord of monetization models, with the House of Mario adding yet another flavor with its most recent release.

Mario Kart Tour, the mobile version of one the publisher’s best-selling franchises, is out now on iOS and Android devices. This time out, Nintendo is trying something new. Super Mario Run, Nintendo’s first mobile outing, is a “free-to-start” game with a smattering of levels offered gratis before asking users to cough up $10 to unlock the rest.

Fire Emblem Heroesand the recent Pokemon Mastersfollow the traditional “gacha” format with new characters unlocked through a blind-box purchase mechanic. Animal Crossing: Pocket Camp also allows users to make in-app purchases, but those are “what you see is what you get” adornments for the player’s campsite.

Mario Kart Tour is going a different direction. Nintendo has opted for a monthly subscription called the “gold pass” with cosmetics and gameplay both gated behind it. The $4.99 monthly fee (with two-week free trial) unlocks “more in-game rewards” according to the official website. These include gold gifts for racing, unique badges for racing in gold challenges, and the 200cc races (for added challenge). By comparison, Nintendo Online for Switch costs $1.67 to $3.99 per month for a solo subscription (depending on which bundle you choose) or $2.92 per month for a family plan that covers up to eight users.

Experimentation with business models has been Nintendo’s plan all along. At E3 2018, Nintendo of America president Doug Bowser (then head of sales and marketing) told us that the company wasn’t going to hitch its go kart to a single monetization method (which is probably a good idea given how Dr. Mario Worldreportedly fell flat at launch).

“We've been looking at a number of different monetization models,” Bowser said. “Super Mario Run was one monetization model. Fire Emblem Heroes, and Animal Crossing Pocket Camp are other monetization models. So we'll continue to learn from those models and understand how people are engaging in our content, so we start to make appropriate choices as we go forward. We haven't necessarily committed however, to one business model, or one monetization model, because what we've said in the past is we want to make it specific to the game. It needs to make sense for the game that we're building, but we absolutely have plans to continue to grow our mobile business going forward.”

With Apple firing more than 100 games, all of them exclusives, onto iOS devices last week, the value conversation has a new wrinkle. Subscriptions as a business model are changing the way users are interacting with games. They’re trying more games under the Xbox Game Pass and EA Access umbrellas since there’s no additional financial cost. Players are also trying new games, branching out of their comfort zones since they can safely dabble without commiting $20, $40, or $60.

Launching a single-title, mobile subscription service the week after Apple Arcade (and at the same price no less) seems like it would be pure folly. But this is Nintendo, and if Apple has its reality distortion field, Nintendo has its own mustachioed version. But even if this does turn out to be a mistake, the House of Mario has given itself an out, noting that the subscription price is subject to change.

Nintendo has undergone massive transformation since the Wii U flopped off of shelves. The Switch has become the console for those in love with classic family-friendly Nintendo games, indie diehards, and those looking for mainstream, multi-platform releases. And now the publisher, which famously avoided mobile for years, has progressed beyond its clumsy first forays into the format. Whether Mario Kart Tour’s subscription program is successful or not is, in some ways, less important than what Nintendo’s experimentation tells us about an internal culture shift that is fascinating to watch play out.