Microsoft Project xCloud set to open public beta in US, UK, and South Korea for October 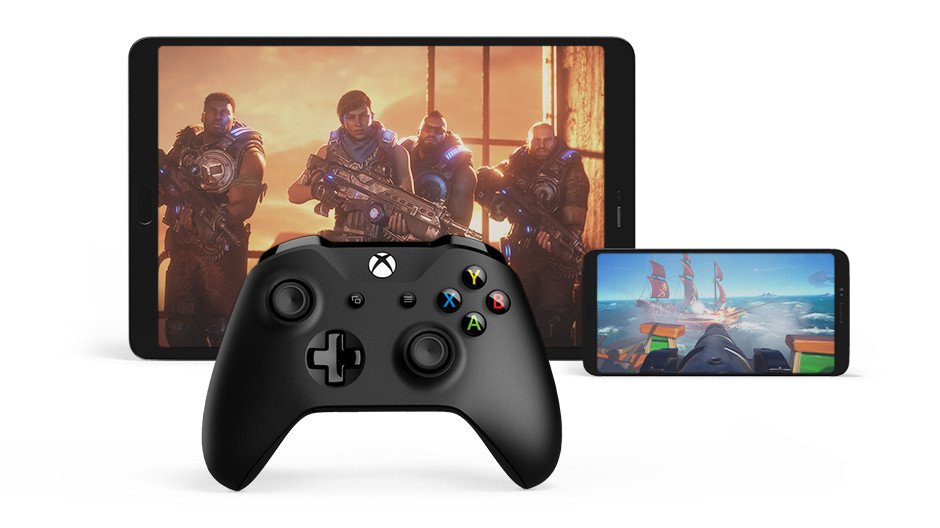 When the cloud makes it rain money, corporations certainly sit up and pay attention. Microsoft's investment in cloud technology is going to lift the Xbox ecosystem. It goes beyond gaming, of course, which has been reflected in their quarterly earnings statements, especially Q4 2019. Microsoft's growth in cloud went up by 22% year-over-year, though Microsoft noted the most growth in Azure (64% YoY).

“[Gaming] builds on the rest of the cloud investment,” Microsoft CEO Satya Nadella explained during the earnings call. “So, if you think about what we are doing with xCloud, it's a hero workload on top of Azure. So when we think about capital allocation, what’s happening in the Cloud, what’s happening in the Edge, how we build the network to optimize for streaming the same infrastructure, for example, is what Sony has decided to use as well, and be on Azure as well as use our AI capability. So, you will see significant synergies in terms of the architectural platform underneath gaming, Microsoft 365, Dynamics 365, LinkedIn all being the same.”

Project xCloud continues to capitalize on Microsoft's investment in the cloud, as well as its "Gaming For Everyone" ethos, by letting Xbox users stream their favorite games from the cloud or from their Xbox at home. Starting in October, Microsoft will be starting their xCloud journey in earnest by inviting Xbox users in the US, UK, and South Korea to sign up to test the service on their mobile devices.

"Public preview is a critical phase in our multi-year ambition to deliver game streaming globally at the scale and quality of experience that the gaming community deserves and expects," Kareem Choudry, Corporate Vice President of Project xCloud at Microsoft, wrote on the Xbox blog. "It’s time to put Project xCloud to the test in a broader capacity, with a range of gamers, devices, network environments and real-world use-case scenarios."

Those real-world use-cases will require a Bluetooth controller for each of the games, further cementing Microsoft's dedication to console quality on mobile, regardless of streaming from Xbox's servers or from the cloud.

"The requirement of a Bluetooth controller means that the overlay touch UI that Microsoft originally showed when Project xCloud was first revealed has not been optimised for these games," IHS Markit analyst Piers Harding-Rolls commented via email. "It may be that Microsoft is reconsidering its approach here for the commercial launch and opting for a more robust controller input option, but with the added user hurdle of needing a controller to play the games. Google Stadia also needs a controller to play on mobile devices."

In order to aid with this test, Microsoft has partnered with three cellular companies in each of the respective countries: T-Mobile in the US, Vodafone in the UK, and SK Telecom in South Korea.

"Mobile networks are an important part of global connectivity today, so we’ll do our best to ensure that gamers have a great experience and Project xCloud is optimized for the widest range of network configurations possible," Choudry continued in the post. "Earlier this month, we announced a partnership with SK Telecom to deliver Project xCloud to gamers in Korea. We’re also working with T-Mobile in the US and Vodafone in the UK during the preview to learn more about the way gamers play on mobile networks; these are technical partnerships that will help us optimize the experience, but gamers across all carriers are eligible to participate in the preview."

By laser-focusing on the US, UK, and South Korea, Microsoft will be able to drill down the data to its key use-cases far more quickly than sifting through a global beta.

"... the initial focus on the US, UK, and South Korea means that Microsoft is going after several of its largest markets," SuperData CEO, Joost van Druenen commented in an email to newsletter subscribers. "[Microsoft's] recent deal with SK Telecom suggests that mobile is a key frontier and something that will be more difficult to deliver on for everyone else."

While the Project xCloud beta (although it's being called a "preview") will begin next month, Microsoft is keeping mum about how long they will run it. We also don't know when the service will launch in full.

“We’ve provided a look at what’s possible and shared the investments we are making as a company to deliver a high-quality streaming experience at a large scale," a Microsoft spokesperson told us over email. "The preview will continue until customers are consistently reporting a great, fun experience and the technology meets our internal quality standards. We’ll continue to gather feedback and will share more about… the official launch timing at a later date.”

Project xCloud will be available to all Xbox users with a mobile device in a participating country without cost. So, unlike a "pay to play" beta where you preorder the game in order to participate in public testing, the team at xCloud is looking to test a wide variety of use cases from as many different smartphones and carriers as they can. As such, Microsoft isn't giving up any details as to how the future business model for xCloud will work.

"Our current focus is on delivering a great experience to gamers through our public preview of Project xCloud," the spokesperson continued. "We’re just beginning our public preview with gamers and have nothing to share about potential business models at this time.”

Harding-Rolls believes that xCloud's business model will likely line up with Xbox Game Pass, instead of existing on its own as a standalone subscription service.

"I expect a commercial launch of Project xCloud to be focused on Microsoft’s subscription service Xbox Game Pass, which offers over 100 games in a bundle," Harding-Rolls offered via email.

Project xCloud's integration into the Microsoft ecosystem will further enable Xbox's mission of "Gaming For Everyone" by ensuring that gaming can truly be anywhere. As long as the technological challenges, especially the ones faced by regions (and countries) where LTE/5G technology may never reach, can be solved without too much overhead, xCloud has the potential to reshape the industry's approach to console level gaming anytime, anywhere.