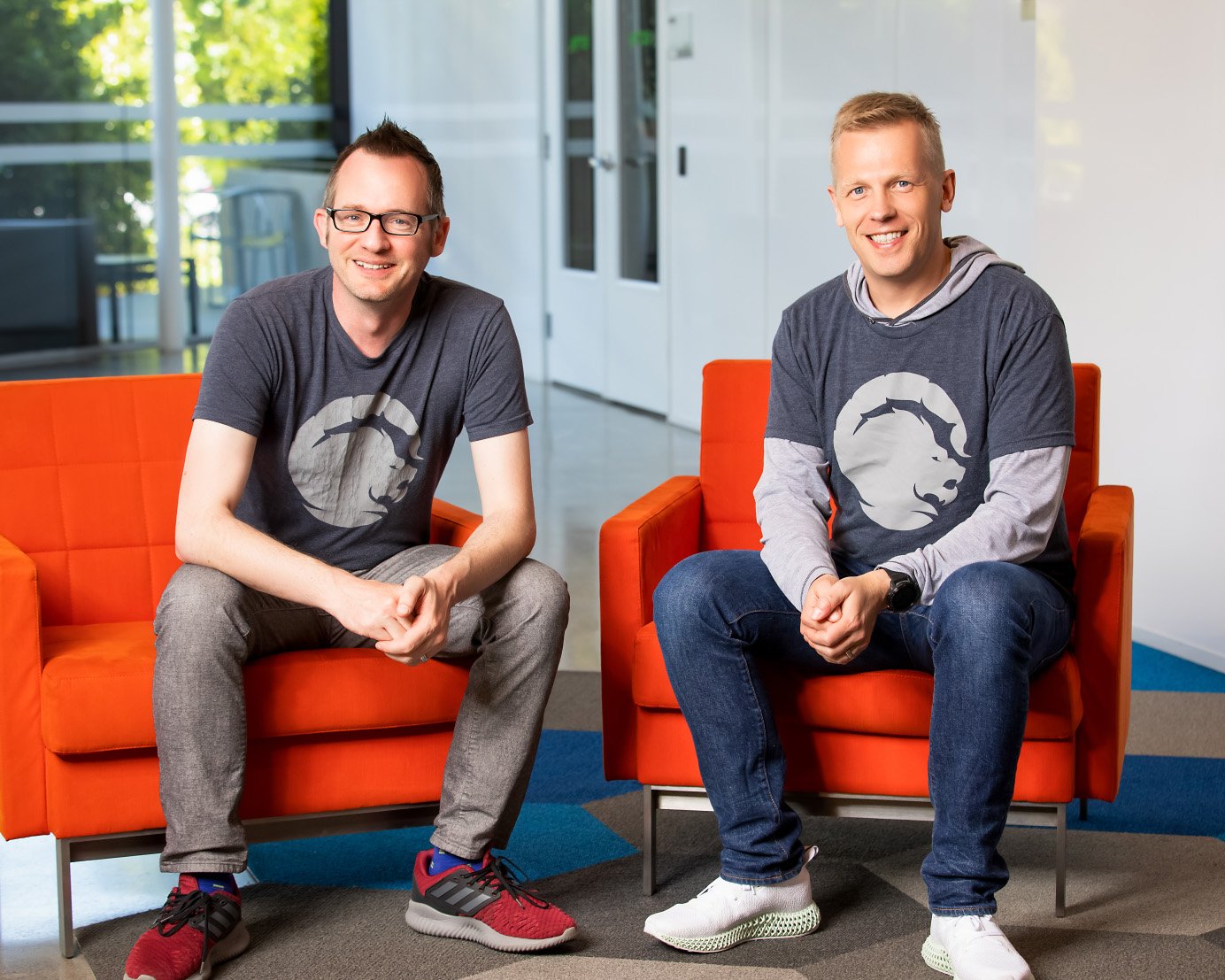 San Mateo, California-based Manticore Games has been slowly ramping up since its was founded in 2016. The startup raised $15 million in December 2017 in a round led by Benchmark, with Benchmark general partner Mitch Lasky joining the board. This week, Manticore has raised an additional $30 million, with Benchmark investing once again. The goal is to “bring radical accessibility and speed” to game development with its new game creation platform, Core.

Manticore was co-founded by industry veterans Frederic Descamps and Jordan Maynard, who bring a wealth of experience to the studio, particularly in online games and services, having worked in those areas for companies like EA, Zynga, Xfire, Trion Worlds, and A Bit Lucky.

Descamps (CEO) and Maynard (Chief Creative Officer) have a vision to change how games are ultimately made. While Unreal Engine and Unity are more accessible than ever before, these tools still require a certain degree of game design or programming knowledge. With Core, however, the goal “is to open a door to innovation and emergent game design by bringing creators and players of all skill levels together in a collaborative social ecosystem that supports a wide variety of shared online experiences.”

Lasky commented in a press release, "Frederic and Jordan founded Manticore on a revolutionary idea. They saw the opportunity to radically simplify the way high-quality 3D games are created and published, and in the process, to open up gaming to the explosion of innovative user-generated content that has transformed other media. Core unlocks a new world of possibilities for both game designers and game players, and it is truly one of the most exciting things we've seen in gaming in many years."

So far, Manticore has been light on details about how they will approach this "revolutionary idea" with development. Maynard stressed that Core offers “an easy-to-use interface for creating high quality games without the art and coding overhead,” which should greatly help with the democratization of game development. Similarly, Descamps noted that developing large multiplayer games can be “extremely arduous and mostly reserved for well-resourced teams,” so the aim is for Core to remove those constraints and lower the barrier to entry.

Descamps stressed that Core is a whole new approach to game creation, but doesn’t really see it competing with either Unreal or Unity.

“There is nothing available like Core. With most game development tools, you need a deep technical background and years of experience,” he said. “And most game development pipelines are constituted of a myriad of tools that each require deep specialization to master. The reason we are creating Core is that we saw a gap in the way games are made today.

"We’ve eliminated the traditional development barriers to make game creation more inclusive and accessible without sacrificing game quality. This in turn allows creators, not just developers, to focus and unleash their creativity, think up new experiences and make them a reality online very simply and quickly.”

For Manticore, the industry is at a crossroads. It can keep on creating similar types of games, or it can blow the doors wide open to welcome new kinds of creativity. Descamps repeatedly made the analogy to Twitch and YouTube and what that did for the streaming industry.

“We’re making Core to establish a new generation of creators. We can think of certain archetypes right now that we know will love to create in Core, like students, modders, developers, etc. But we also expect to expand the definition of game creators to include people who don’t fit those categories. Similar to what YouTube and Twitch have done with videos and streaming, we want to establish a whole new generation of creators,” he said.

Descamps sees Core as a platform that will lead to “more emergent experiences.”

He continued, “Prior to YouTube, it would have been inconceivable to broadcast makeup tutorials, let’s play videos, cosplay guides, etc. Establishing an online community where creating, sharing and watching videos was more accessible allowed creativity to thrive and changed the kinds of content we consume. It transformed an industry. We believe that’s possible for games with Core.”

Manticore also believes that lowering the barrier to entry on games development will help bring in more women and a more diverse set of creators in general. Descamps fully recognizes the importance of the diversity movement currently sweeping across the industry.

“Diversity in games is important to us at Manticore Games and we hope that Core will make game design accessible to a diverse set of creators from new backgrounds,” he said. “Right now, creativity in gaming is limited by technological barriers, geographical location and access to expertise. Core aims at removing all barriers between any creator and their idea, whoever and wherever they are. As part of that commitment, we also organized our first summer internship program this year and welcomed a dozen interns (selected from 250 qualified applicants!). Those 12 included a wide mix of ages, experience levels, and backgrounds, from high schoolers to masters students. In just its first year, the program already had gender parity and representation from five different countries.

“Additionally, we recently hosted the Hidden Genius Project in our office whose mission is to train and mentor black male youth in technology creation, entrepreneurship and leadership skills.”

If the thought of Roblox or Media Molecule’s efforts with LittleBigPlanet or Dreams comes to mind as you wrap your head around Core, you wouldn’t be entirely wrong. Manticore is designing Core to be as much about discovering a new “digital playground” as it is creating and sharing. The user-generated content aspect of Core is going to be key. In fact, Manticore even has a Head of Creator Relations listed among its leadership team.

“We call Core a digital playground and community because it is designed to be a complete end-to-end destination for game creation, distribution and play,” stressed Descamps. “Core allows creators to bring to life all sorts of experiences with high-quality gameplay, multiplayer and graphics. There is nothing else out there that maintains our level of quality with this combination of creation, collaboration and publishing.

“We think of it as a community where creators can experiment and collaborate, and players can discover new connected play experiences. Core is online and multiplayer natively, which will allow players to enjoy [a] multiverse-like experience across games created on the platform.”

Descamps and Maynard have a strong pedigree, but until Manticore releases Core into the wild -- a launch time frame has not been provided -- it’s hard to say how it’ll fare. What Manticore clearly has, however, is fierce ambition, and that shouldn’t be underestimated.

As Jim Henson once said, “When I was young, my ambition was to be one of the people who made a difference in this world. My hope is to leave the world a little better for having been there.”

Can Manticore do the same?