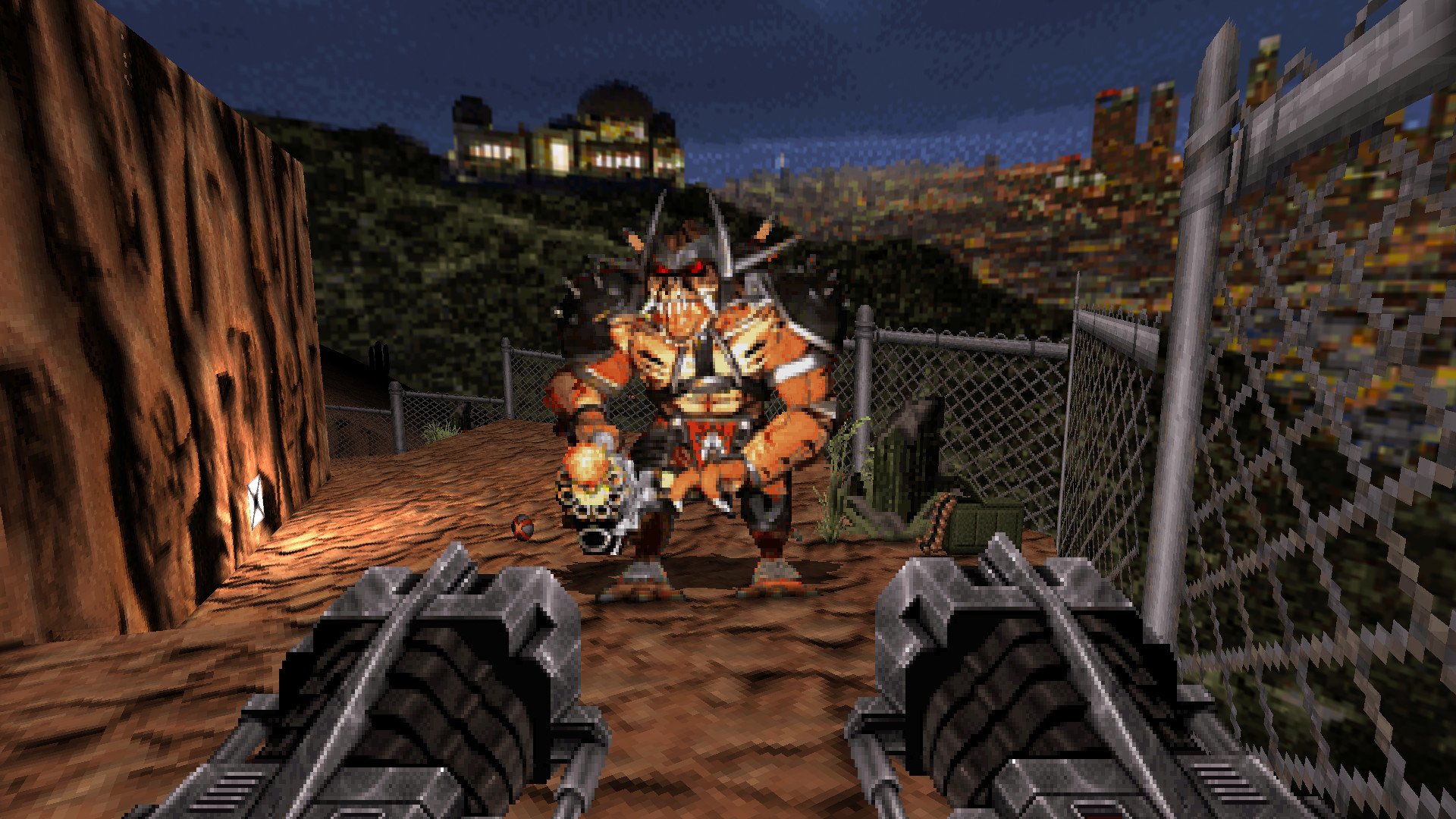 Bobby Prince, renowned composer for games like Wolfenstein 3D and Doom, is suing Gearbox Software and its CEO Randy Pitchford over unpaid royalties regarding his work on Duke Nukem 3D. Specifically, Prince alleges that his music was used in Duke Nukem 3D: 20th Anniversary World Tour without his permission. In addition, Prince is suing Valve for failing to honor a request to remove the game from Steam in accordance with the Digital Millennium Copyright Act (DMCA).

According to Prince, Duke Nukem 3D publisher Apogee licensed his music when the original game was released in 1996, but the music rights didn’t transfer to Gearbox when it bought the Duke Nukem property in 2010. As a result, when Gearbox published the 20th Anniversary World Tour edition of the game in 2016, it allegedly did so without the rights to Prince’s music.

To get a clearer picture of the suit’s details, we reached out to Richard Hoeg of Hoeg Law out of Northville, Michigan. He outlined the suit as such:

“If Prince’s allegations are true, he appears to be saying the following: that he made music for the original Duke Nukem; that he owns that music but licensed it to the Apogee for such purpose; that the license agreement either could not be or was not assigned to Gearbox as part of the Gearbox sale; and that he is owed the agreed upon royalties for all subsequent sales of Duke Nukem.”

If that’s all found to be true, Hoeg said, then Gearbox would likely be forced to pay damages to Prince in the amount of royalties he is owed thus far.

Regarding Prince’s action against Valve, he asserts that by refusing to remove 20th Anniversary World Tour from Steam it has violated the DMCA. However, Hoeg points out that Valve may not necessarily be under any legal obligations to oblige Prince, though it may be vulnerable to a “contributory infringement” suit.

“Said another way, the DMCA process allows ‘innocent’ platform providers to avoid being sued for aiding in a content providers infringement, if they remove materials they have been informed are infringing via takedown,” Hoeg said. “They are free to refuse to do that, however, but the result of that is that they can be dragged into a suit stating that they helped Gearbox infringe.”

“If the platforms play along with the notice-and-takedown rules, then someone finding their work on the platform cannot hold the platform accountable for the infringement,” Brandon Huffman, attorney at Odin Law told GameDaily via email. “By not following the DMCA take down rules, a platform might be liable for the alleged infringement - it still may not as it may have defenses or otherwise escape liability.”

The entire case stems from Prince’s original contract with Apogee in the mid-90s. According to the case filing, which can be read at Bloomberg, Apogee agreed to license Prince’s music at the cost of $1 per unit of Duke Nukem 3D that was sold. The terms of this deal appear to have been met until rights over the Duke Nukem franchise transferred to Gearbox.

“The terms of that agreement and the chain from Apogee to Gearbox are going to be critical here,” Huffman said. “The complaint alleges only copyright claims, but it includes a number of specific statements made by Pitchford as though it is laying the groundwork to amend and add a claim for fraud later (if they can show there never was an intent to ‘take care’ of Prince).”

Like Hoeg, Huffman finds it unlikely that Gearbox will come out on top in this suit if the allegations asserted in the case filing are found to be true.

The nature of IP law is tricky, and ripe for wild interpretation. Broken down, though, it’s not all that different from property ownership.

“Despite its ephemeral nature, intellectual property can be owned just as surely as you own a book or a car,” Hoeg explained. “Absent contractual considerations, the creator of such intellectual property owns it. Like a car, however, that owner can ‘rent’ (license) it out to someone else on whatever terms they determine. In this case, the claim is that Prince created the music and thus owns it, and then agreed that Apogee could use it in their game in exchange for $1 per copy. In most cases royalties are based on percentages of revenue (gross or net), so a flat-rate royalty is a bit unusual, though agreements like this were a bit of the ‘wild west’ in the early days of gaming.”