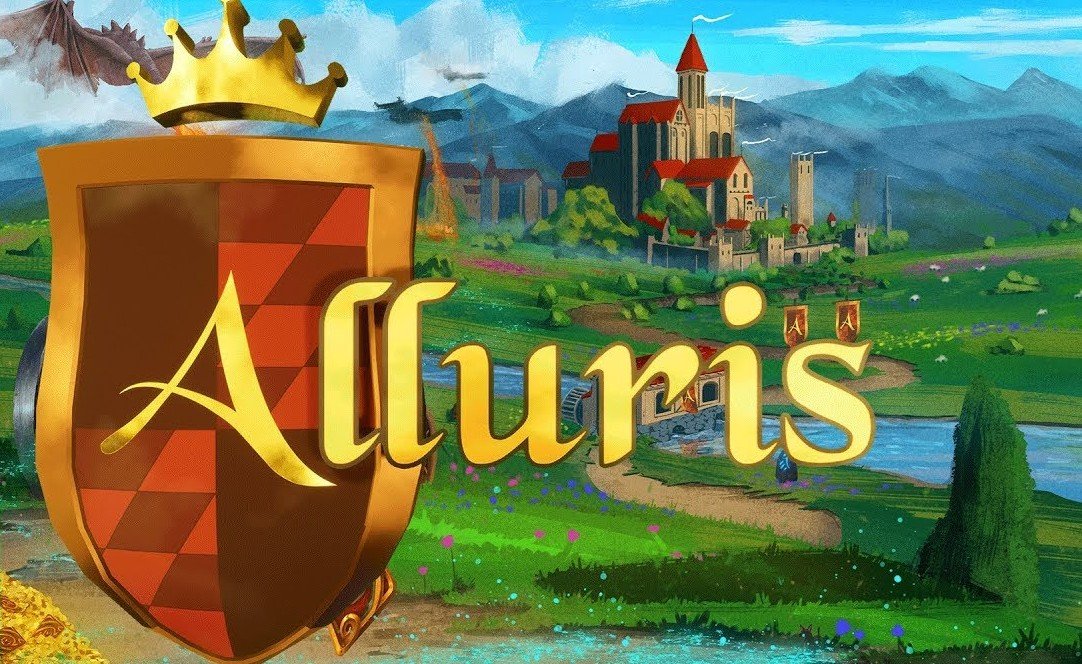 562 Interactive, developers of Alluris, a game of Dungeons & Dragons-like storytelling by way of Tinder’s swiping mechanic, was honored with Indie Prize’s Best in Show: Audience Choice Award back in August at GameDaily Connect USA. It was a powerful moment for the studio and their work in pushing games to be more accessible with the award-winning title.

The Los Angeles-based studio, founded by three brothers, were naturally excited about their win, but they felt another strong emotion. “It was a tremendous amount of validation that what we're doing with Alluris is resonating with an audience,” said Preston Weiler of 562 Interactive.

That validation was especially meaningful to the developer, as the team was working on something personally important with the project: promoting accessibility in design. “It also gives us a larger platform to reach disabled gamers, which is really what inspired us to work on this project, originally.”

“Early on, we knew we wanted to create a game that anyone could play,” Weiler continued. “It meant that everything we added had to be as accessible as possible. It forced us to think about how we made games differently, more inclusively. The result was that Alluris is our most accessible, and most focused game to date.”

Accessibility had been important to the team from the beginning, forming the backbone of the creation of Alluris. It’s why the game used a swipe control scheme to navigate an array of sweeping fantasy stories, daring adventures, and ridiculous events, allowing players with limited mobility to play with a simple gesture.

This need for accessibility was something the developer noted in their own lives and friendships. “[Me] and the rest of the devs were hopping on to play with a bunch of our friends, and one of our friends said to us that he couldn’t play that night, and we kinda all knew that that was because of a muscle disorder that he deals with. He’s a disabled gamer," Weiler said in an interview with TechRaptor. "So, realizing that his favorite hobby was stolen from him, and that’s probably the case with so many other people, we knew that we had to do something to try to make a game that was accessible to those people.”

This work towards inclusivity and accessibility was built into the game’s swiping control scheme, but the developer did not stop there, working with players with colorblindness to increase legibility, as well as with Microsoft to implement use of their adaptive controller.

562 Interactive were also listening to their community about other elements of the game, working to keep players happy and to find new ways to improve their game. “Alluris is our first game where we've had a huge community effort during our development. We've had a direct line of communication to thousands of our fans nearly from day one,” said Weiler.

“They tell us what they like and what they don't like, they've given us story or card ideas, and generally just helped make the game a more creative and highly-polished final product. We're incredibly grateful for our awesome community during our development and hope to grow with them even after Alluris releases.”

Focusing on accessibility and community has resulted in an award-winning title, one that players can get their hands on this week. “Alluris releases soon and we're incredibly excited! We'll be on PC, Mac, iOS, Android, and Xbox One. You can join our Discord community. We'll also be at Dreamhack Atlanta later this November. Stop by and say hi if you're there!”

With the game coming out so soon, Weiler feels it’s important to show it to as many people as possible. In fact, he recommends developers always strive to be doing this as soon as they can. “With how crowded the marketplace can be, it can be very difficult to make people aware of your game. As soon as you have something presentable to show, SHOW IT! Show it to as many people as you can on Reddit or Twitter, or through conventions like Dreamhack or PAX, or other smaller local events.”

“Then, when you have their attention, give them a way to get invested in your game through a community platform like Discord. There are people out there that will love your game - make sure they get a chance to discover it and give them a way to become a part of what you're doing,” he added.

There’s a great deal of talent out there (as the many unique games at the Indie Prize competition showed), and in a sea of great games, you need your audience to be aware of you. “We've been saying for years how we've entered a new renaissance for independent game creation. More people are playing more games on a more diverse set of platforms. That, coupled with the democratization of incredible technology like Unreal Engine 4 or Unity means it has never been easier for small indie developers to create a game,” said Weiler.

“As a result, we've seen an explosion of creativity and diverse games - ones that have been able to find a home and an audience and provide a new level of sustainability for smaller development teams. It also means it's harder to stand out, but that's a great problem to have.”

Weiler sees many creative studios with unique visions coming out of a diversity in audience and developers, one they were excited to experience at GameDaily Connect USA.

“We're constantly impressed with the diversity within our industry and how inclusive it is. We love GameDaily Connect because we get to see passion projects that are interesting and unique with teams from all over the world from huge amount of different backgrounds all in one place,” he said.

562 Interactive and Weiler are hoping to continue to see a more diverse group of developers striving for more accessibility and unique games, and through their own work with Alluris and beyond, they will push to show that games should be for all.

GameDaily Connect Asia 2019 in Shenzen, China (November 10-12) will host the next Indie Prize showcase with plenty of talented developers exhibiting. You can register right here, and you should take advantage of the last minute discounts on tickets, as prices will be going up after October 11.