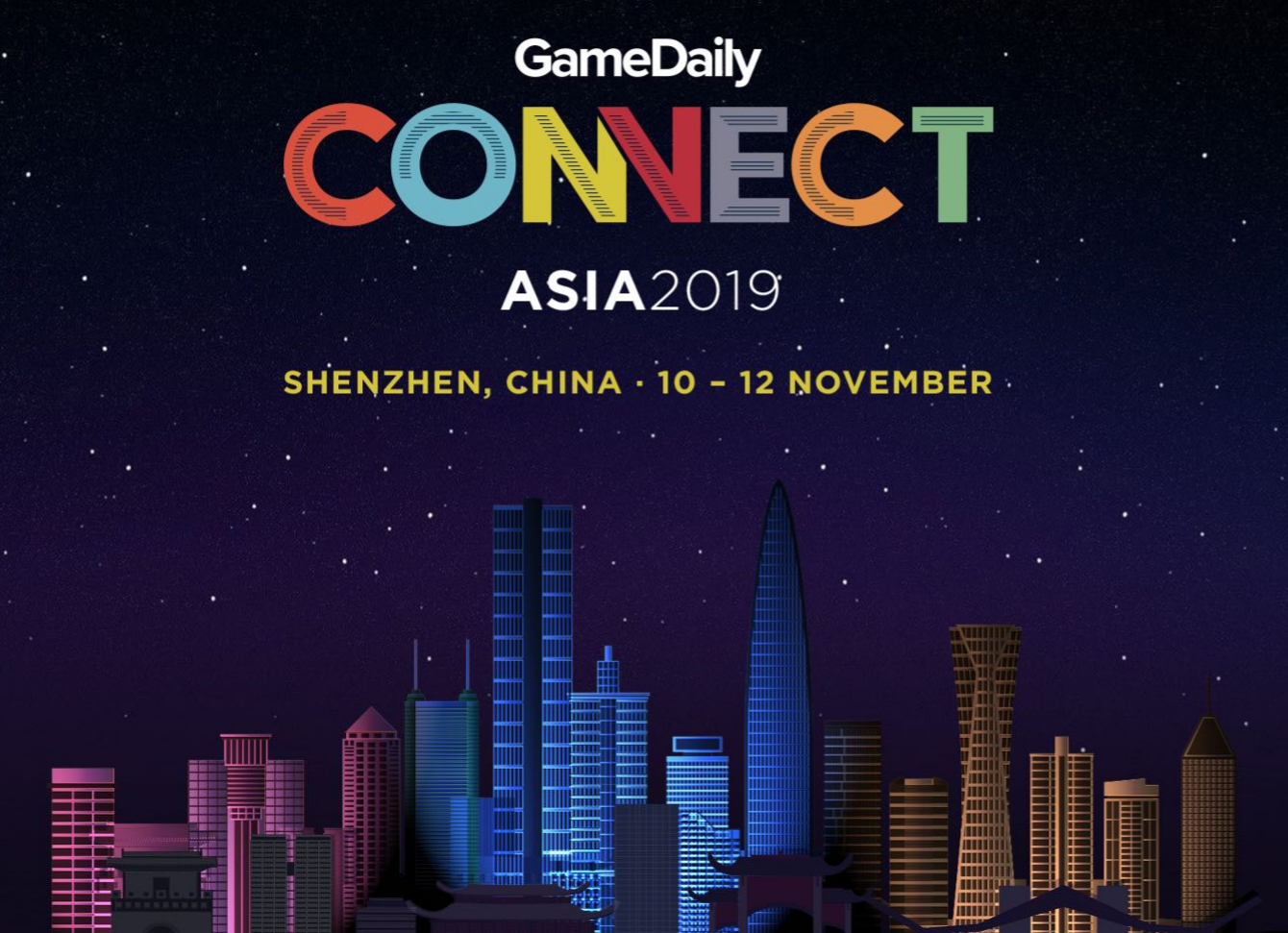 GameDaily Connect (previously Casual Connect) has a long history of bringing developers and publishers together in an environment built around shared conversations and shared knowledge. It’s always been about coming together as a unified whole, seeking to share information so that all gaming professionals can grow globally. It’s about making connections with other members of the industry so that we can all grow in this business together.

“We want people to leave with a sense of connectivity and inspiration - whether that’s found in a new partnership, a new business idea, getting your game idea bankrolled - or just meeting new people or catching up with people you already know,” said Libe Ackerman, Director of GameDaily Connect.

Since its acquisition by media network Greenlit Content (parent company to GameDaily.biz), GameDaily Connect continues to hold shows across the world that aim to foster this sharing of discoveries and questions, bringing many minds together to talk over the issues and challenges that developers face across the globe.

“We’re thrilled to take this global game conference into the future under a new identity— GameDaily Connect," said Ackerman about the show’s rebranding in a previous interview with GameDaily.biz. "The core values that have driven this show since it began in 2005 will remain unchanged. Our goal is to create a stronger, more united global games industry by connecting game developers and industry leaders in an authentic, conversation-driven setting. GameDaily Connect will continue to do this around the world with localized events in the USA, Europe, Middle East / North Africa and China."

Ackerman is passionate about these connections, having seen the successes that come when developers from across the world can come together and share knowledge with one another.

“I’ve been involved with games for about 20 years now, and have had incredible opportunities to meet and work with some of the greatest people in the business - game developers, executives, journalists, PR and marketing folks - first as a tech and games journalist, and then in strategic leadership for AOL Games and Nickelodeon Games,” she noted.

“I’m passionate about the idea that games, as a medium, does more than just make $152 billion a year. It brings people together, elevates the concept of entertainment, and occasionally inspires, much like a great piece of art. This is a wonderful industry, and I’m thrilled to be a part of it.”

This inspiration in the art and business of games has continued to fuel the show as it pops up in various places around the globe. “In terms of the show, it’s important that we create a place where we can discuss the topics that everyone is already talking about around the watercooler,” Ackerman continued. “That could be how app subscription models affect app developers and monetization platforms, to how cloud gaming will affect the need for physical hardware, to navigating blockchain successfully, to learning the latest in graphics and sound design from the best in the business..

“That discussion happens in our lecture halls, but we find that there’s some sort of magic that happens outside the lecture halls - meetings made via our meeting app, in the exhibit hall, in the lounge areas around the show and networking events. The ultimate goal of the show is to bring people together to discuss topics that matter, build new partnerships, have some fun, and build a better gaming industry.”

The next stop for GameDaily Connect will be Shenzen, China (November 10-12). With Asia being a market showing a great deal of potential, it only made sense to work to bring East and West together to see how both can help each other out. “We - and our partners iDreamSky - want to connect game industry folks from the West with industry leaders and developers in the East, specifically in China, which has the fastest growing game industry compared to the US,” said Ackerman.

“We’ve talked to many Western devs and biz leaders who want to expand into the Chinese market and don’t really know where to start. This is the opportunity to make connections in China and start figuring out how to get their games into China, market to the Chinese gaming audience, find Chinese games to export to other markets - the business partnership potential at this show shouldn’t be underestimated.”

As we’ve spoken about in our previous articles on connecting with new customers with blockchain technology and the explosive potential of mobile esports, China and Asia are showing massive growth that developers will want to tap into. What better way to do that than to speak with the people on the ground in the very countries you’re looking to connect with?

“Our key goals for the Asia show are to bring Western industry leaders and developers - mobile and otherwise - to the East, and give these two segments of the industry an opportunity to connect, share information and ultimately build partnerships and make deals,” said Ackerman.

This is all on top of the massive, continually-expanding knowledge base GameDaily Connect continues to impart on developers with its shows. “Historically, this has been a mobile-only event, and we’ll continue to cover topics that matter most to mobile industry and developers. One of our big topics will be app subscription models and how that affects the mobile gaming ecosystem. Mobile is such a huge part of our industry, but we’re also looking to bring in new faces and topics that are relevant in the modern game industry like cloud gaming, AI, game monetization, and topics like loot boxes, digital download stores, diversity in gaming, managing online communities, streamers,” said Ackerman.

“We’re also planning on focusing on different topics depending on region - we had a big esports track in the US since that is a growing area in the US, especially in that part of the country. However, that does not mean that this show is going to ONLY be about esports going forward. People keep saying ‘Oh, GameDaily Connect is all about esports now.’ and that’s just not the case,” she continued.

All of this may be a lot to take in all at once. Between meetings, connecting with global developers and business people, taking in talks containing a lifetime of study and knowledge, and chatting about whole new technologies that can quickly upend how people do business in games, there is so much to learn, and so many new possibilities. Ackerman understands that the events circuit is pretty crowded nowadays, but she’s been positioning GameDaily Connect to offer a unique value proposition: bringing all sides of the business together, providing developers with all the information they need to find success.

“The show right now aims to bring together business types and developers with the idea that those two groups will be able to build partnerships,” she said. “Some companies come with an idea and they want a developer to bring those to life, developers come to figure out how to make money with their games, make better games, and then there’s always the networking. Some shows cater to developers, some shows just cater to high-level executives - we like to have both sides together to build bridges between those two groups.”

Importantly, GameDaily Connect always looks to have these groups meet in an environment conducive to learning, talking, and connecting together. “GameDaily Connect has been around for 14 years (the show was formerly known as Casual Connect), and the show has always provided a smaller, more intimate space to make meaningful connections. You don’t have to push through crowds to talk to the people you want to, or run from one convention hall to the other to try to get to a talk, make a meeting - you just come to the event location,” said Ackerman.

“Everything is easily accessible - the lectures, the people - and then you do what our tagline says: ‘Get Insights. Get Inspired, Meet People and Make Deals’.”

Whatever work you do in games, you will likely find out something exciting and new, or make connections with developers in entirely new places to work with, at GameDaily Connect. As a global trade show, GameDaily Connect aims to help you discover everything you didn’t know you needed to know about the business of games, as well as find new partners where you never thought to look before.