Indie Prize Spotlight: How IDEA Games learned from its peers to enhance Otherwordly 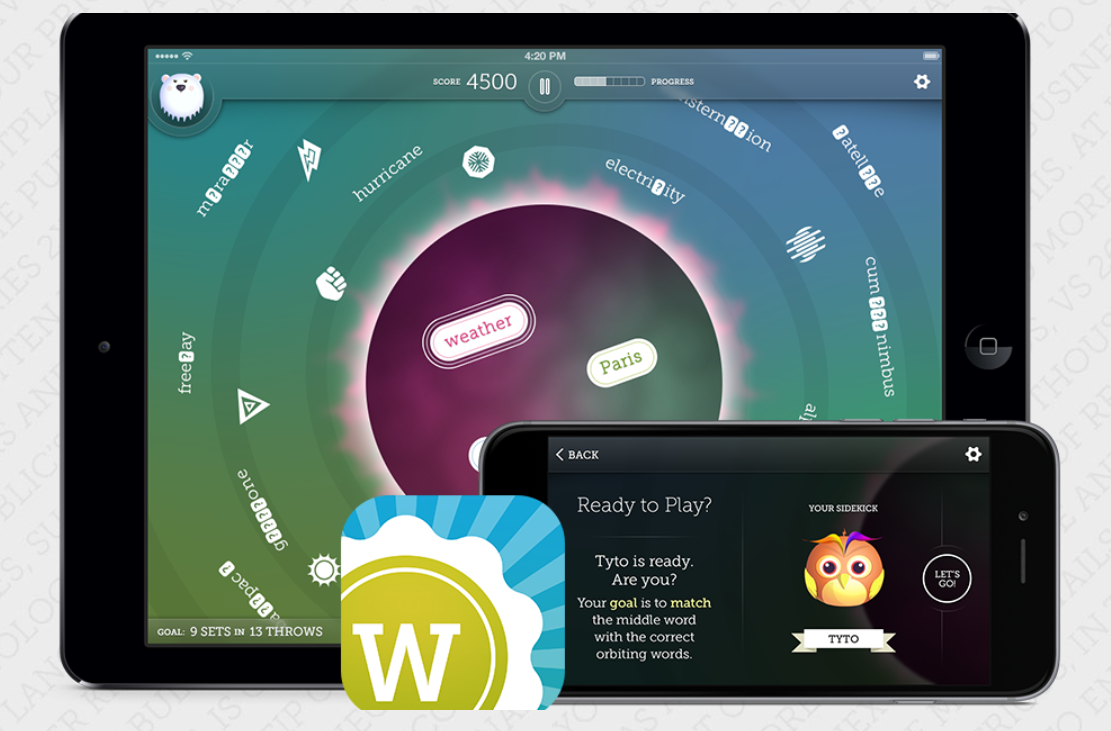 “The intersection of education and technology has sparked IDEA’s innovations.”

IDEA Games, with their work in games that explore words and language, have been working hard to teach through fun. Otherwordly, a game built upon evaluating clue words and matching their meanings against other words floating through the cosmos, earned the studio an award for Most Innovative Game from Indie Prize at GameDaily Connect USA 2019, showing that the studio is on the right track in their work to mingle education and entertainment.

In their work in sharing what they hope is a fun, educational game, they too found themselves learning and growing, gaining a great deal of insight into development from their time at Indie Prize and GameDaily Connect.

“Winning the ‘Most Innovative Game’ Indie Prize was thrilling, especially since GameDaily Connect was the first time we had ever publicly showcased OtherWordly,” said Michael Douma, Producer at IDEA Games. “The award signaled we were off to a good start. There's a big risk in developing new game ideas, so being recognized for our innovation gave us a boost of confidence and determination.”

The developers had come up with an intriguing, delightful concept with their game. “Our game is a new kind of peaceful puzzler game. OtherWordly players fling core words into related words with hidden letters, similar to how a crossword puzzle has clues and a few letters. This is played in a dynamic space where the words are always moving and the visible letters changing. Compelling characters and their superpowers add fun variables to the gameplay,” Douma explained.

This concept took a great deal of work to bring to life, though. “This is our first game. It turns out that creating an immersive player experience that delivers hours of word-matching fun is much more complex and time-consuming than we ever imagined,” said Douma.

That work is still in progress since their win at Indie Prize, with the developers continuing to think on what they want to do with it. As always in this crowded market, just creating a good game is only part of becoming a success.

“Currently, our primary challenge is deciding whether OtherWordly will be free-to-play or paid,” said Douma. “All the evidence indicates that free-to-play takes the lion’s share of revenue and puts your game into the hands of the greatest number of players. But free-to-play requires monetization strategies that clutter up a game, which is one of the reasons Apple released the Apple Arcade with zero in-app-purchases.”

“Another challenge is creating clear onboarding and feedback. It’s easy to lose sight of that when playtesting our own game. Thankfully, several developers at GameDaily Connect helped us see ways to improve our tutorials, in-game feedback, and end-of-level messaging,” he continued.

While winning at Indie Prize was a positive thing for the team, the wealth of information they gained at the show has given them the information they need to help themselves succeed. “This was our first game conference, and our biggest takeaway was the generosity of many in the industry. I used the conference app to schedule a dozen meetings, from publishers focused on player acquisition and monetization to developers zeroing in on a single element like narrative, accessibility, onboarding, physical mechanics, or music. This kind of feedback wouldn’t have been possible outside of the conference,” said Douma.

Even though they’re more informed than before about what they need to help Otherwordly take off, that doesn’t mean Douma isn’t nervous about the future. “As newcomers, we're terrified,” he admitted. “The crowded marketplace leads to free-to-play games that try to squeeze payments out of users while they play. This detracts from the game experience, but if players expect all games to be free to download, monetization is the only option outside of a subscription service like Apple Arcade.”

“Plus, there's just so much competition that the challenge lies less in outperforming other games and more in simply getting noticed. If players blink, they might miss the chance to learn about and play a fresh puzzler like OtherWordly,” said Douma.

Still, Douma and the developers at IDEA Games are trying to focus on those challenges in a positive way. “We're excited to see the tremendous quality of many mobile game titles. A high bar inspires creativity in the indie community.”

That kind of mindset to keep pushing has helped the studio continue to evolve its development strategies and thinking, and Douma was happy to share how.

Through the subject matter alone, the developers keep enriching their design. “The content of our word-matching game has evolved,” said Douma. “What worked for a few demo levels didn’t scale up because of practical constraints of the English language. English is a rich language, having absorbed words from Germanic, Romance, and Latinate sources, as well as from other cultures. Often, words have more than one meaning.

“So, we needed to select core words in each level that had non-overlapping meanings, and also filter the matching target words so we didn’t frustrate players with a word that could match more than one core. As the game evolved, we also realized it would be more fun to include word associations (horse + carriage), as well as trivia. And to sometimes do opposite (antonym) matching. We now have over 40,000 words!”

How it felt to play was also something that has changed over time. “The rhythm of the game also evolved. We have dynamic layouts with obstacles, and we explored making it a harder, time-pressured game, with exacting timing and aim. Ultimately, we realized we instead wanted to have a peaceful, thoughtful pace, where players can take time to plan their moves,” Douma noted.

“Our design process has also evolved, shifting towards looking at the onboarding and long-term experience of players and creating game feedback that draws in players and clearly explains mechanics. Early on, we would design screens and experiences that might be fun for a few minutes, but we didn’t consider the long-term arc of the player’s experience, how they can learn how to play by playing (minimal tutorial text), and what can keep the experience fun, peaceful, and positive. We’ve added characters and treats that players can give their sidekicks.”

They’ve also been taking the knowledge they gained from their time at GameDaily Connect and with the other developers who attended, putting that to work to better their game.

“Based on feedback from Nyamyam, the awesome developers of Astrologaster (winner of the Indie Prize for Best Mobile Game), we've been clarifying in-game effects. For example, when a player successfully matches two related words, we now display a quickly-expanding bubble that hits obstacles, as well as particle effects and a short message. These are purely UI feedback so players can better intuit how and why things happen in OtherWordly,” said Douma.

“We're adding more accessibility options to OtherWordly to open up the game to players with restricted vision or motion, as well as to help any player who wants to adjust their word-matching experience. At GameDaily Connect, we received wonderful accessibility feedback from developer Jay Kidd of Wraith Games, whose game Collapsus was another Indie Prize finalist. He had concrete ideas about options we could give players, such as tapping arrows instead of swiping, reducing flickers and motion, and even offering a different font that was more comfortable for players who had dyslexia.”

In building a game about finding fun in education, IDEA Games are also learning and growing as they make that charming experience. Through their connections with other developers and sharing ideas with them, they gained new insight on how to make their game more approachable and enjoyable, as well as how to find and appeal to the right audience for their title.

Even now, they’re looking to branch into other markets by making use of Otherwordly’s strengths as a teaching tool for English vocabulary. “We have some new ideas and we’re considering exploring international markets, as OtherWordly is potentially a tool for non-English readers to learn English.”

IDEA Games still has a long way to go before they feel Otherwordly is just right. “In a month or so, we'll finish implementing improvements from GameDaily Connect feedback. Next, we're hoping to showcase the game at other game conferences, and then launch in early 2020,” said Douma.

Even so, the valuable information they gained from their peers has helped them to hone their vision and prepare themselves for the challenge of the games market. In sharing their game about learning, they’ve found themselves gaining knowledge as well, finding their own fun in learning by sharing in the collective discoveries of their peers at GameDaily Connect.

GameDaily Connect Asia 2019 in Shenzen, China (November 10-12) will host the next Indie Prize showcase with plenty of talented developers exhibiting. You can register right here, and you should take advantage of the last minute discounts on tickets, as prices will be going up after November 1.

The funding is a staggering amount for a game that was originally to have launched in 2014 and has seen its roadmap continually expand.

Developers interested in learning can get 3 free months of virtual classes with Unity. There are numerous streams and game companies raising money to help during the pandemic as well. [UPDATED]