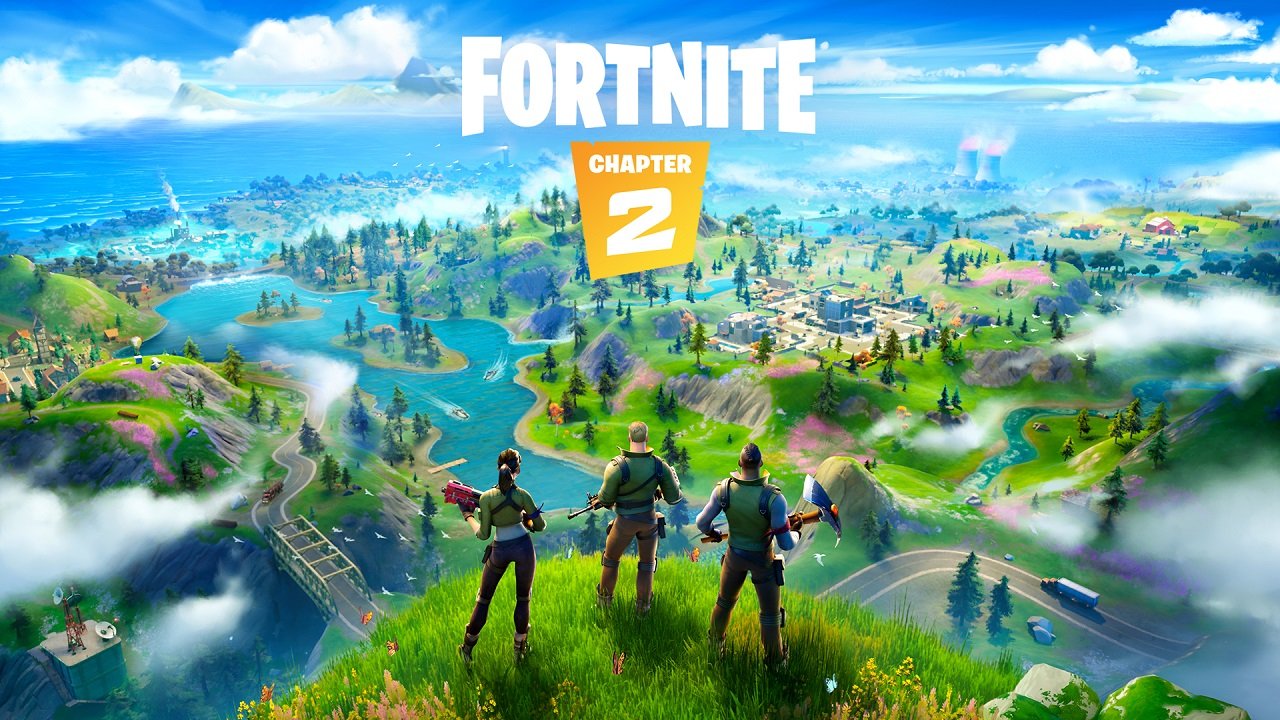 Fortnite Season 10 concluded last Sunday with a mysterious rift opening in the sky that left players staring at a black hole. Epic Games had teased “The End” event for some time now, but little did fans know that Fortnite would be rendered unplayable for days. Taking a game offline deliberately is a ballsy move, and one that could have cost Epic some revenue, but it appears to have more than made up for this publicity stunt with the launch of Fortnite Chapter 2, which overhauled the game with new features and a brand-new map.

Mobile analytics firm Sensor Tower reported this week that Chapter 2’s launch has had an immediate impact on sales. Looking at the Apple App Store alone, Sensor Tower estimates that Fortnite sales increased 141% from approximately $770,000 on October 12 to just over $1.8 million on October 16, which marks the highest spend total since August 3rd 2019, when the game generated more than $2 million from player spending. Players in the U.S. accounted for 60% of that user spend total, generating $1.1 million on October 16.

“Epic continues to innovate and surprise with Fortnite. The latest event was really a masterstroke in marketing and creating excitement out of really what was likely needed server downtime as Epic prepared for the launch of Chapter 2,” Craig Chapple, Mobile Insights Strategist, EMEA, remarked to GameDaily.

“Where other games would simply be offline for a while, Epic was able to create a cultural moment that had the world talking about the game and then ultimately playing it. The cost of being down for a small time is really outweighed by the traction they’ve generated. There are more expensive ways to launch a game.”

It’s hard to say exactly how much Android is contributing since Fortnite is not available via Google Play and requires a separate launcher from Epic, and Epic hasn’t publicly provided its sales data.

“In theory a separate launcher creates extra friction for players looking to play the game, which would reduce overall sales than if it was just available on Google Play. However, Epic obviously takes all the revenue from its own launcher, whereas on Google Play it would owe Google 30% of sales, so it can make more money from [fewer] players. If any game could make having its own Android launcher work, it’s Fortnite.”

Fortnite has generated $790 million in lifetime gross revenue to date on mobile, according to Sensor Tower estimates, which does put it behind rival battle royale title PUBG Mobile. Tencent’s game recently became the first in the genre on mobile to reach $1 billion in sales and has seen 540% growth over last year. It’s a good thing that Epic is building up momentum again with Fortnite Chapter 2 because the battle royale scene has become quite competitive.

“PUBG Mobile is going from strength to strength,” Chapple said. “It, of course, had its big relaunch in China this year, which meant the game could finally monetise, where it has made nearly $480 million to date on the App Store. Not just a huge success in China though, PUBG Mobile is also showing growth in other markets such as the United States, with sales up 16% month-on-month and 391% year-on-year to over $24 million in September 2019 across both the App Store and Google Play.

“Taking a look at just App Store sales, PUBG Mobile has outperformed Fortnite outside of China every month from June 2019 onwards. Pre-Fortnite Chapter 2,PUBG Mobile has become mobile’s dominant battle royale. There’s certainly competition here, including from the likes of NetEase’s Knives Out which has been a particularly big hit in Japan, but there’s still room for all these battle royale games on the market.”

Fortnite has been on the market for over two years now, and any title that’s been around that long is naturally going to see some ebb and flow with its player interest and revenue generation. To stay relevant, LiveOps is now absolutely critical. Players expect fresh content and live events, and streamers need the new content to fuel their ecosystem too. As The Verge put it, “before Chapter 2, Fortnite was falling out of favor with streamers and pro players,” but now the game is “exciting again.” Cnet agreed, saying that the black hole event was a “serious game changer.”

With the right approach, Fortnite could easily have years of revenue-generating potential for Epic. Games like Candy Crush or Clash of Clans came out in 2012 and are consistently among the top grossing titles because King and Supercell have been able to master games-as-a-service.

Chapple explained, “Fortnite’s best performing month was in December 2018 when it generated approximately $70 million in gross revenue from the App Store. In September 2019, Fortnite brought in $23 million, which was the game’s lowest month for revenue since March 2018 when the game had its beta launch. [It] was still, however, the 42nd highest grossing mobile game in the world in September and the 22nd highest grossing App Store game. With the launch of Chapter 2, sales jumped to their highest for a single day since August 3, which was shortly after the release of Season 10.

“It’s difficult for any game to sustain such high levels as Fortnite has achieved in the past, but declining below that does not by any stretch mean it’s performing poorly - it’s still one of the world’s most successful and popular titles. It looks like the battle royale has years left in it yet, particularly with Epic Games proving to be so astute at games-as-a-service.”

Fortnite is back, and even mainstream news sites like CNN and NBC are talking about it. If Epic can draw the curiosity of Lady Gaga, who started asking about Fortnite (and questioning who Ninja is) this week, the company is doing something right. Epic deserves some Applause.