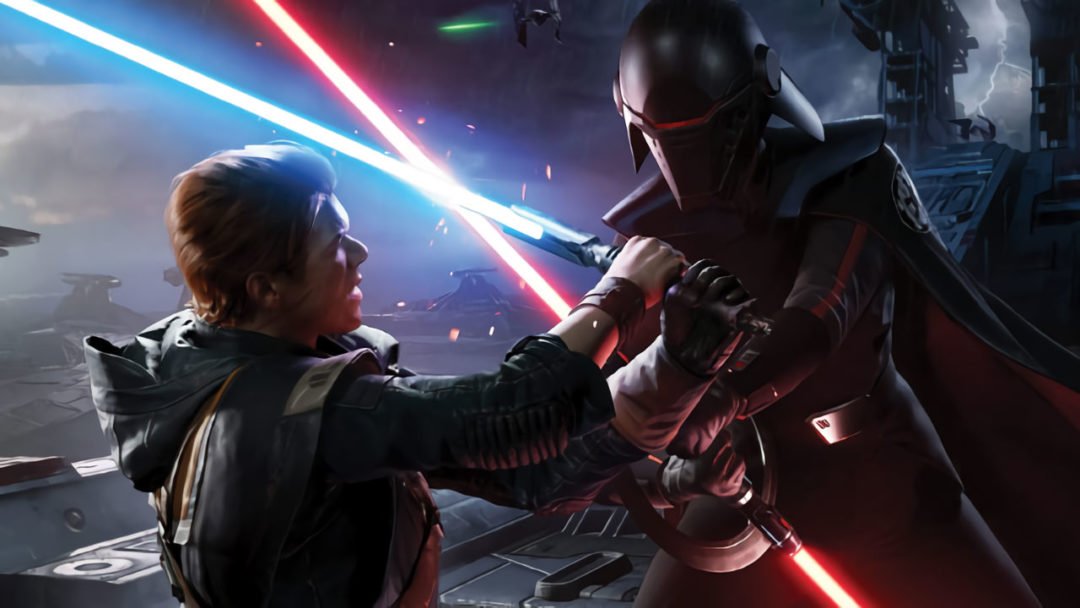 If you can’t beat ‘em, join ‘em. After challenging Valve’s Steam platform back in 2011 with the launch of its Origin digital distribution service, Electronic Arts gradually pulled back from supporting Steam and stopped putting new content on the platform altogether after 2013. Fast forward six years, and EA CEO Andrew Wilson is now talking about “the start of an exciting partnership with Valve that will see us innovating for PC players around the world.”

EA will be working with Valve to bring its back catalog to Steam, including titles like The Sims 4, Unravel 2, Apex Legends, FIFA 20, and Battlefield V. The first title, however, will appear in just over two weeks when EA releases Star Wars Jedi: Fallen Order on November 15. As EA gets ready to leverage the Star Wars hype being generated right now by the upcoming releases of Rise of Skywalker in theaters and The Mandalorian on Disney Plus, the company has opened up pre-orders for Fallen Order on Steam starting today.

Strategically, this is not just a back catalog play for the publisher. EA will be bringing its EA Access subscription program (which players have been using through Origin and PS4/Xbox) to Steam sometime next spring, and pricing ($4.99 monthly or $29.99 annually) should remain the same. That said, Access is not an equal value on all platforms. While Access through Origin gives subscribers 235 titles, on Xbox One that number drops to under 80 games, and on PS4 it’s only around 40 games. For Steam, the games do need to be on Valve’s platform before they can be included with Access on Steam.

“I would anticipate that the catalog of games you’ll see will be more akin to what you see on EA Access on Xbox or PlayStation,” Mike Blank, senior vice president at EA, told The Verge.

Despite the lack of parity, it’s a smart decision for EA to seek out a larger audience for its subscription offering. And, notably, in this more open era where companies are embracing cross-play, EA stressed that users of Origin and Steam would be able to play titles together.

“Through our subscription, great games and more, we’re excited to bring players in the Steam and Origin communities together with access to the best games, whenever and wherever they want to play,” Wilson said.

Blank characterized the Steam deal as “a new way of working with Valve” in his interview with The Verge, but it’s not clear if that means Valve would be willing to break from its traditional 30% revenue share. Regardless of the business terms, this was likely seen as a necessary step for a publisher leaning heavily into services and gearing up for its own cloud gaming solution.

“Having followed a strategy of ring-fencing its own PC games and distributing them via its own Origin PC storefront, why has EA taken this step? The landscape has changed, and so has EA's growth strategy. EA's focus is now on growing its direct-to-consumer offers, a precursor to a shift to cloud gaming distribution in the future. Valve is now a distribution partner. not a competitor,” explained Piers Harding-Rolls, Head of Games Research at IHSMarkit.

“Aside from the scale and audience acquisition benefits a platform like Steam brings to EA, major third-party publishers recognise that during the next wave of distribution disruption - enabled by subscription business models, cloud gaming and storefront fragmentation - that they will need to take a pragmatic approach to reaching audiences. Very few publishers will be in a position to go it alone - they will need to piggyback on other platforms, storefronts and services to expand their reach. This is a continuation of EA's strategy on console. I expect more of these deals to happen in the next 18 months.”

As Harding-Rolls alluded to, the power of the Steam audience cannot be overstated. As of this April, Valve’s platform had risen to 1 billion accounts and 90 million active users. Year-over-year, Steam’s monthly active users skyrocketed from 23 million. Around 30 million active users on Steam originate from China, giving EA another avenue into the booming Chinese market.

It’s a no-brainer to partner with Valve at this point, even if it means that EA had to swallow its pride a little.

"Instead of competing with Valve, it makes more sense to enter a non-exclusive partnership and broaden its potential audience. It can certainly be read as an admission of defeat, albeit a minor one, considering that EA tried to acquire Valve in 2012 for a paltry $1 billion,” Joost van Dreunen, Managing Director at Nielsen-owned SuperData commented to GameDaily.

“Ego aside, it’s a prudent decision from EA. It clearly isn’t going to establish the same amount of reach on its own, and the growing number of digital storefronts are exacerbating the mounting discovery issues in the marketplace. Partnering up reduces the clutter, especially since Origin and Steam allow for cross-play.”

Reducing the clutter is a key part of the strategy, according to Blank. In an interview with GamesIndustry.biz, he described the abundance of subscription offerings on the market as the “Wild West,” where not every subscription is going to remain viable.

“Those that remain will be the ones that offer the best gaming experiences, the most frictionless gaming experience, the most convenient opportunity for play, the most connected way to play with players on the platform they want to play on. I think that's frankly where EA Access has a unique opportunity and unique role in the gaming market. It has a great array of games, it's being delivered across an array of platforms," Blank said.

EA benefits from the deal, but it would be foolish to ignore the impact this has on Steam itself. Valve has been under pressure lately from other storefronts, especially Epic Games Store, which has snagged exclusives while providing a generous 88/12 revenue split and making lives easier on developers with a minimum guarantee. Steam remains the king on PC, but it’s certainly no longer undisputed. And with continued attempts to revitalize its platform and address the discoverability crisis, Valve knows it needs to continue to improve.

“I would not discount what this means to Valve,” van Dreunen added. “Epic’s success and relentless competition is something completely new. In its history, there has not been a serious attack ever on Fort Newell, but here comes team Sweeney. Making a deal with EA strengthens Valve market position as the Digital Store Wars intensify."

There’s also the question of how an expanding focus on video game subscriptions affects the kind of content that EA produces. While some fans have lamented the decline of single-player games (which led to EA dismissing veteran Amy Hennig) in favor of multiplayer and games-as-a-service products, EA insists that subscriptions make single-player offerings more viable.

EA CEO Andrew Wilson told GameDaily in an exclusive E3 interview, “I actually think that games like Star Wars Jedi: Fallen Order will have 30, 40, 50 million play that kind of game in the context of subscription, whereas only maybe 10 or 12 million might have played it absent a subscription. Players will always orient towards the big network live service games because that's where all their friends are. If you're making a purchase decision that involves a $60 price point as a friction point, you are likely always going to choose the ones that will fulfill your core motivation, which is social interaction, and you likely will forgo [other] motivations. In the context of subscription, where there is no barrier, you will go and play those games. But more than that it also is a place where we are likely to make more of those games.”

If Wilson’s assertion is correct, then EA Access growth should be welcomed by fans of expansive single-player narrative. The subscription wars are only getting started, and content will always play kingmaker.