Playful Director on New Super Lucky's Tale, Working With Nintendo, And The Beauty of Iteration 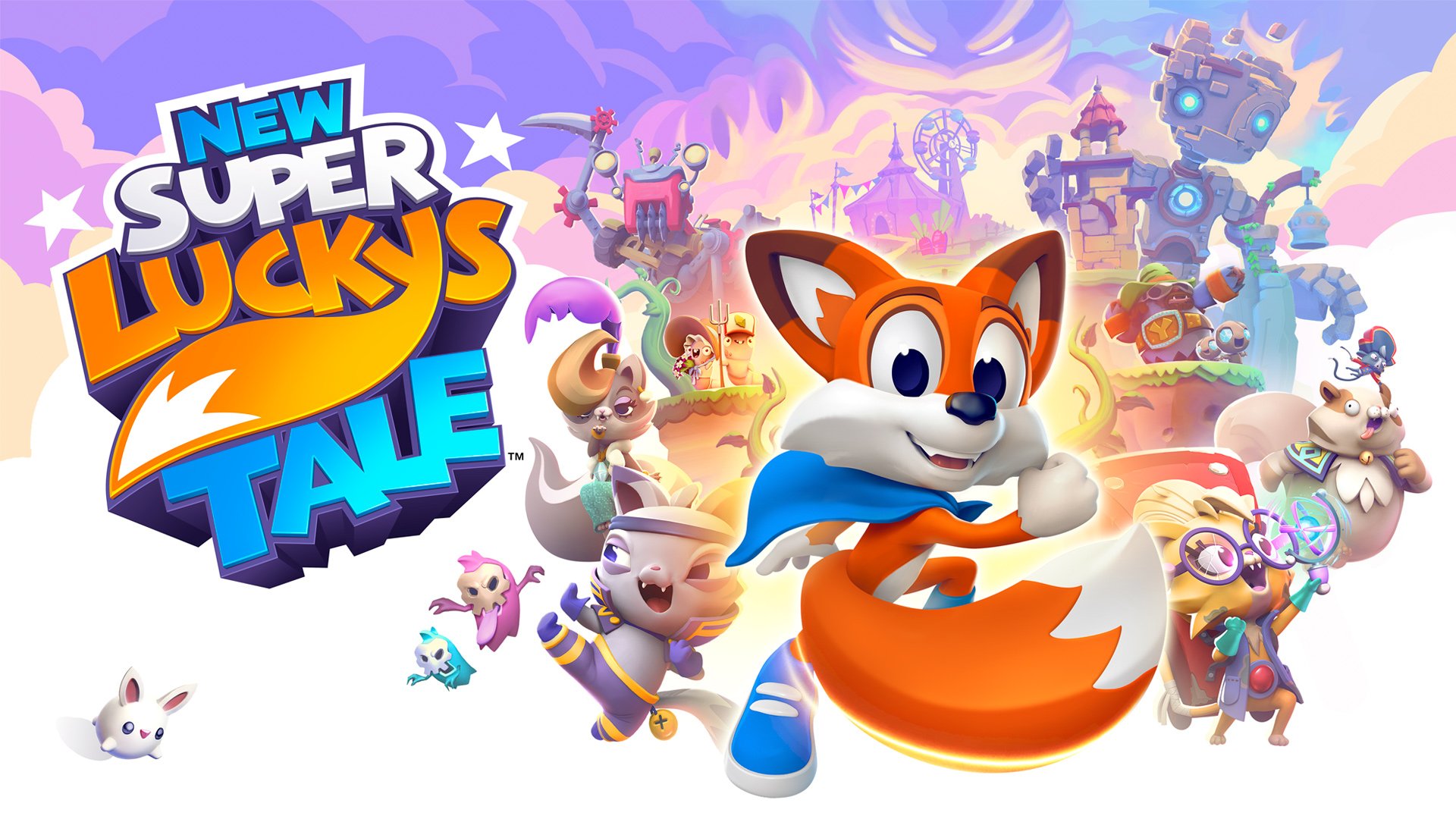 When Texas-based Playful Studios launched Lucky's Tale on the first Oculus headset in 2016, the audience wasn't quite there for the game to find its footing. VR can be a tricky segment to find success in, especially back in 2016 when the market was so nascent. The follow-up, Super Lucky's Tale, was released in 2017 for Windows 10 and Xbox One, and still didn't manage to find purchase with either critics or its intended audience.

"We began development of this game with a singular goal: to make the highest quality, most fun game we possibly could," Hurd said. "To do that, we listened closely to our players and what mattered most to them, especially what they’re looking for in a platformer. We took a step back and reconsidered what we meant when we called this game a ‘playground platformer’ that emphasized exploration, discovery, and play. Our priorities came directly from those discussions.

"We invested our own money into this effort and the team saw it all the way through, never settling for 'good enough.' This relentless commitment is ultimately the most important factor in what this game has become."

Based on player feedback and critical reception, Hurd told us that the team decided that they'd focus on firming up "core player controls, Lucky’s responsiveness, punchiness, and gameplay flow." Although most felt that the world was beautiful, one of the biggest complaints was that it lacked spark. Some said the camera was unreliable and frustrating, while others remarked that the narrative wasn't as immersive as it could have been.

"Every single level in the game has been tuned with these goals in mind," Hurd continued. "Some have been fully reimagined, and some are completely new. Most of the game’s hubs have been recreated from scratch, and the level art has been updated across the board. We wanted our players to have many options with how they approached the central story progression of the game, so we loosened the constraints and provided more choice. We also focused on story and context, so the player feels even greater connection to Lucky and his journey through the world.

"The tone of the world, the fantasy of the setting, the enthusiasm of the characters — these have all evolved through the releases. The way Lucky moves and interacts with his environment and obstacles has been refined over the previous titles and is a function of the way our playtesters have responded to each change. We want our players to feel that each victory or challenge is a result of their efforts, rather than a translational error between the game and the players’ intent."

Part of what made this vigorous round of improvements possible, outside of the gumption of the development team, was a partnership with Nintendo. New Super Lucky's Tale was announced during this year's E3 Nindies presentation. (And those Nindies presentations are always good for business.) Playful had talked to Nintendo about Lucky in the past, but it hadn't gone anywhere until the Switch demo.

"... once we showed them a demo running on the Switch, [Nintendo's] excitement quickly grew into a full partnership," Hurd noted. "We began working closely with Nintendo on playtesting, tuning, and finishing the game. At the same time, Nintendo has also been an amazing partner helping us get the word out, starting with the game’s announcement at Nintendo Direct and Treehouse Live at E3. Since then, their support has been enthusiastic and non-stop, all fueled by an excitement for what Lucky can bring to the Switch."

In turn, Nintendo's support meant that Lucky's development team had something to reach for throughout the process.

"Working with Nintendo, we knew that we had to deliver exceptional quality gameplay," Hurd commented. "Personally, having my own game on Nintendo hardware has been a dream of mine since I first laid hands on the NES when I was five years old. The same sentiment is true of many on our team.

"The inspiration for Lucky came largely from our fond experiences growing up with Nintendo’s classics, so there’s a kind of poetry in Nintendo bringing us into the family, the significance of which directly influenced the game’s development and our team’s intense focus on exceeding our player’s expectations. Perhaps the most inspirational facet of this relationship has been experiencing the enthusiasm for Lucky from Nintendo’s fans."

New Super Lucky's Tale is only a fraction of what Playful is up to these days, especially with Words With Friends co-creator, Paul Bettner, at the helm of the ship as CEO. We spoke with Bettner last year about how he sees his company and becoming the "Disney of the next generation" — for video games, really.

“We just love to make new things. Disney's first 10 years gives me some peace around this,” Bettner remarked in our interview last September, “because I know what we're doing can be stressful because we're always in that cycle of like, 'What's the next thing?'

“But Disney did the same thing. It was a string of brand new IPs. One after the other rapidly and I've read a lot about why [Walt Disney] did that and why they were drawn to that and I think some of those reasons are the same for us. We love doing it. It's actually a recruiting tool for us. Our developers are drawn to the studio because Playful creates original IP and that's something that people crave.”

Playful's dedication to developing original IP hasn't stopped at creating experiences for the people playing the games, either. As of this summer, Playful Studios raised $23 million to fund "spectator-enabled games." As the industry moves more and more towards a future where esports and streaming are integral parts of gaming culture, spectator-enabled games are a smart investment. A great early example is how the Jackbox Party Pack games evolved to include spectators and options to filter content for more family-friendly audiences.

According to an interview with GamesBeat, Playful "will use the money to go beyond virtual reality games and focus on more traditional platforms — but with the twist of bringing spectators into the action of a video game."

While New Super Lucky's Tale isn't necessarily built for spectators, Hurd did mention that they're investigating VR, which would bring Lucky full circle, considering its Oculus origins. And, what's more, it's one of the ways that Playful got its $25 million handhold in VR in 2015.

"Much of our game making philosophy has been shaped by our experiences with VR and the immediate, intimate connection it can build with players," Hurd said. "We have VR prototypes that beg to be further explored, and I know that I personally would be very excited to dive back in again."

But for now, New Super Lucky's Tale is going to take a mainstream approach and focus on where the reach is. Nintendo Switch sales continues to eat everyone's lunch, even in the midst of a downturn in hardware and software sales year-over-year.

"There’s a hunger out there for platforming adventure games, so we decided to meet the market where it is," he continued. "That doesn’t preclude Lucky from making a return to VR at some point, but that decision is all about the consumer opportunity meeting the passion we have for the medium."

And it's passion that keeps Playful driving forward. Lucky's Tale has had the benefit of iteration and polish that few titles are granted. It's had a profound effect not just on the game, but the people making it.

"Through each experience, we learn to communicate better as developers," Hurd told us. "We find new ways of channelling our passion into each project that pushes us to grow. I’ve personally seen the team level up in many large and small ways throughout New Super Lucky’s Tale's development. They are a daily inspiration for me, and working together toward a shared vision has been one of the highlights of my career."

With over 100 employees at its studio, Playful is now entering mid-tier indie territory. The mid-size independent developer is facing immense challenges in today’s marketplace, but with smart business moves (including a Nintendo partnership) and strong creative vision on original IP, Playful stands a good chance at swimming against the current.