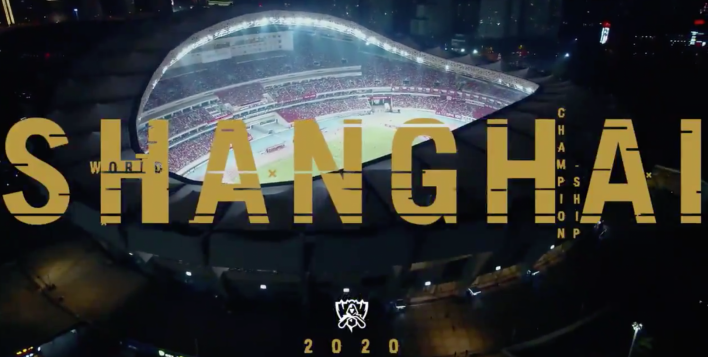 Riot Games has announced the 2020 League of Legends World Championships will take place in Shanghai, China.

The announcement followed the 2019 grand final held at the AccorHotels Arena in Paris, France, where FPX of the LPL swept G2 of the LEC (League European Championship) to a 3-0 victory to deny Europe’s first championship and keep the title within China for a second year in a row.

The final will be held at the Shanghai Stadium, which holds a capacity of up to 55,000 attendees and has played host to the preliminary rounds in soccer for the 2008 Olympics in Beijing. Locations for the play-in, group stages, quarter finals, and semi finals for the League World Championships will be announced closer to the time.

Shanghai is the home city of the LPL, which runs China’s regional League Championship Series, with Riot boasting the city as a “global hub of finance, innovation, transportation, and trade.” It’s also its first time hosting the final, but not the first time it’s been involved in the finals. In 2017, the city hosted the semi finals of the League World Finals between Samsung Galaxy vs Team WE and SK Telecom T1 vs RNG ahead of the final that was held in the Bird’s Nest Stadium in Beijing between Samsung Galaxy and SKT.

Other marquee venues that have hosted the League World Final include the World Cup Stadium in Seoul, South Korea in 2014; the Staples Center in Los Angeles in 2016; and the aforementioned Bird’s Nest stadium in Beijing in 2017.

On the point of the Staples Center hosting the final in 2016, by the time next year rolls around, it’ll be four years since North America hosted the Championships. But Riot confirmed last year - and reconfirmed to GameDaily today - that North America will host the 2021 finals. A city was not revealed, however.

We’ve asked for additional insight from Riot on why it picked Shanghai and more and we’ll update when we receive a response.

[Update 11/13/2019] A Riot Games spokesperson has explained to GameDaily why Shanghai was selected: "Already the headquarters of the LPL, China's premier League of Legends Esports league, Shanghai is a world-class city and one of the biggest esports centers in the world. The energy and passion from our fans when the metropolis hosted the 2017 World Championship semifinals was unbelievable, and we are excited to return to Shanghai in 2020." The spokesperson added that its city selection process is similar to the traditional sports model: "We look for cities that have a vibrant fanbase, that are receptive to League of Legends Esports, and that have the infrastructure to ensure the best experience possible for our fans and players."