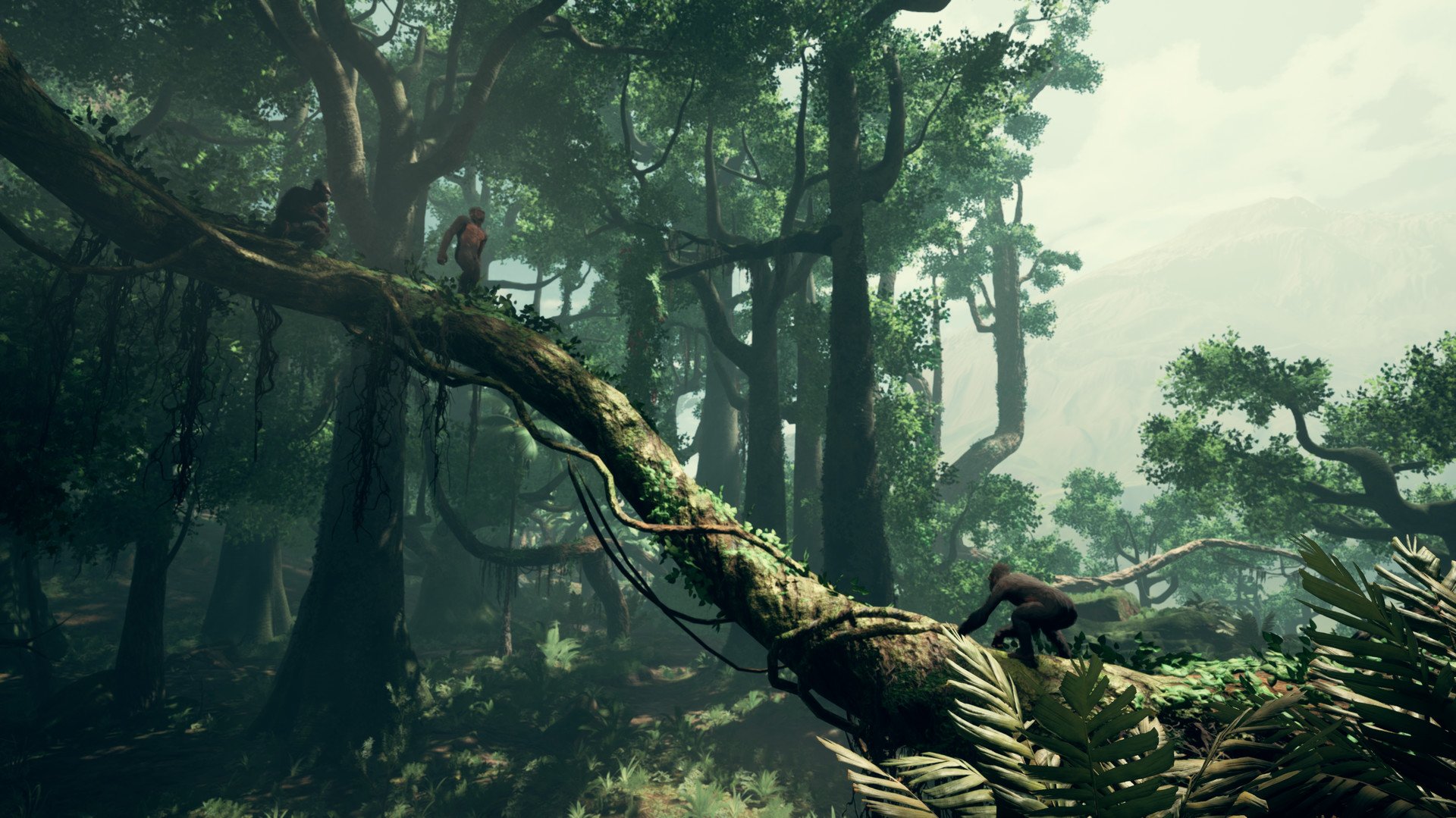 Patrice Désilets is nothing if not tenacious. Désilets' influence in gaming is echoed throughout the open world games that he helped pioneer with Assassin's Creed all those years ago. But after THQ sold its Montreal studio to Ubisoft following the company's bankruptcy, Désilets found himself in a public legal battle to keep the IP, 1666: Amsterdam, that he and his team had worked so hard to pull together.

The faint of heart would have left game development and never looked back after a fight like that. With Désilets' background in film and literature, coupled with his immense knowledge of game development, he could have left development and found a tidy career in consulting or teaching. But that's not his style. Désilets is the epitome of his studio's namesake, confidence and flair wrapped up in that je ne sais quois that Quebec's most influential game developers seem to have.

We caught up with Désilets at Reboot Develop Red to talk about Panache, Ancestors, the game industry, crunch, and more.

Désilets' talk at Reboot Develop Red was all about "The Courage to be Different" and Panache's approach to the game development process for Ancestors. Panache certainly is different and Désilets explained that it’s a reflection of how he wants the studio to exist in the game industry.

Panache's culture is indicative of that approach. Part of Désilets' talk at Reboot Develop Red was to give fellow professionals a peek behind Panache's curtains.

"The way that I did it that is... we don't have Mondays, for example, at Panache. It's not that the office is closed or the studio is closed. It's just that I don't have anyone to call any meetings on Mondays. On Mondays, you can go to the bank, go to the dentist, change your winter tires, or whatnot because you won't miss any meetings. There is no real vacation system and what-not. I don't care how many hours you spend in the office, as long as the results are there."

Results-only work environments aren't the norm by any stretch of the imagination, but they're starting to find a foothold in creative industries. These work environments encourage employees to do their best work through instilling autonomy and providing ownership over the work itself, even in small ways. Désilets' dislike of working in an office is probably a shared value at the company, which allows folks to set their own routines and rhythms so that the work is what matters, not the hours.

In Daniel Pink's book on what motivates people at work, "Drive", he describes the importance of encouraging workers to lean into autonomy, mastery, and purpose as intrinsic motivational factors. In the book, Pink cites a study conducted by Harvard Business School's Teresa Amabile in which she found that "external rewards and punishments -- both carrots and sticks -- can work nicely for algorithmic tasks. But they can be devastating for heuristic ones."

Panache's cultivated "results only" environment is in stark contrast with how Désilets came up through the game industry, specifically his time in AAA with Ubisoft and THQ. But he's out, as he told us, and has no interest in keeping track of what that side of the industry is up to anymore.

The main difference between working for a big studio and working for himself is that he can speak candidly and there's "not the fear of losing my job." It's the level of "realness" and "authenticity" that we want to see in studio heads but don't often get unless they're indie.

"… it's not true that I work for myself -- I work for 35 people in the studio and want to make sure that they're happy, and that I don't say too many stupid things at the same time, because I'm responsible for 35 families," Désilets said. "The decision[s] that I make have an impact on their lives, so I [need] to be careful and I try to be as fair as possible, as open-minded as possible while making decisions, because that's my job. At the end of the day, at the end of the process, I'm the one making decisions. If the game is good, it's because of them. If it's bad, it's because of me."

Désilets' approach to design has clearly evolved over time, which may have been part of what led him to the core concept of Panache's first game, Ancestors: The Humankind Odyssey. But where it all started, he said, was leaning into his brand as "the Assassin's Creed, historical dude."

"I designed a game about only mechanics of a 3D character, in a 3D world and then when I pitched that people [said], 'Yes, it's cool I get it, but where's Assassin's Creed?', Désilets remarked. "And then I realized that was my brand: I'm the Assassin's Creed dude, the historical dude. I make games set in historical setting, even though my everyday life is about, ‘Is it fun? Does it give sensations even more than emotions?’

"And once I realized that, one night I had a flash, 'Oh, let's do a prehistorical time period,' because back then there was nothing, no civilization, no tools or whatnot. We only had a 3D character, inside a 3D world, and we had to survive. This is how it all started -- I wanted to go back to the very beginning."

Ancestors definitely goes all the way back to the beginning. The struggles of our lineage are apparent immediately as we rescue a little baby from our family after their parent is slain by a predator. Danger is everywhere and the only way to truly subvert those animals higher on the food chain is to grow, change, and eventually evolve. Ancestors allows you to choose how you experience the game -- do you want a full HUD, tutorial, a combination of one, the other, or both, or nothing at all to assist you? (I chose an immersive experience, where there's no HUD but there's a full tutorial.)

It's a tough world out there in Ancestors, but the emphasis on exploration is definitely in line with how Désilets has approached his most notable titles in the past.

"At first, the first draft of all of the game was much more straightforward -- [it was] about the knowledge and science," Désilets said. "[But] the more we worked on it, the more we [said], 'Okay, let's forget it. Let's just put everything we know inside the game world and then let the player discover this knowledge, instead of us being like teachers and scholars and teaching how it went.'

"And that's why Ancestors is about freedom of discovery. It's your own path through evolution, not the one we wrote for you or designed for you. We felt it was better and asked a question, 'Hey, Homo Sapiens, you think you can survive like your ancestors did?' Thus, we're not helping you through this journey. It is your path through evolution."

While the team at Panache didn't set out to make a game about the environment, it became a "discussion" about humanity's part in the greater ecosystem of the planet.

"It's funny because without [Ancestors] being about the environment or ecology, it is a game about us and where we're coming from," Désilets noted. "I felt like the real discussion is that we're animals and we're part of an ecosystem. The game is about [showing] you that journey [and] that maybe it would help the almost sapiens understand that we should be careful.

“… in Ancestors, you have all the fear, all this energy and coping with that to survive. It's still in us."

It takes a bold, passionate group of people to challenge preconceived notions of what it means to be human and exist on this earth in the ways in which we do; to call out consumption and rampant capitalism without making a sound. What Désilets and Panache are demonstrating is that being unique and creating oddly relatable games can be both intrinsically rewarding and extrinsically successful, neither of which are inherently available in the AAA world, at least not today. That uniquity carries through from studio culture to the development process and all the way to the publisher (Private Division) that Désilets chose to work with. It will be interesting to see how Panache continues to evolve through their next title, as well.