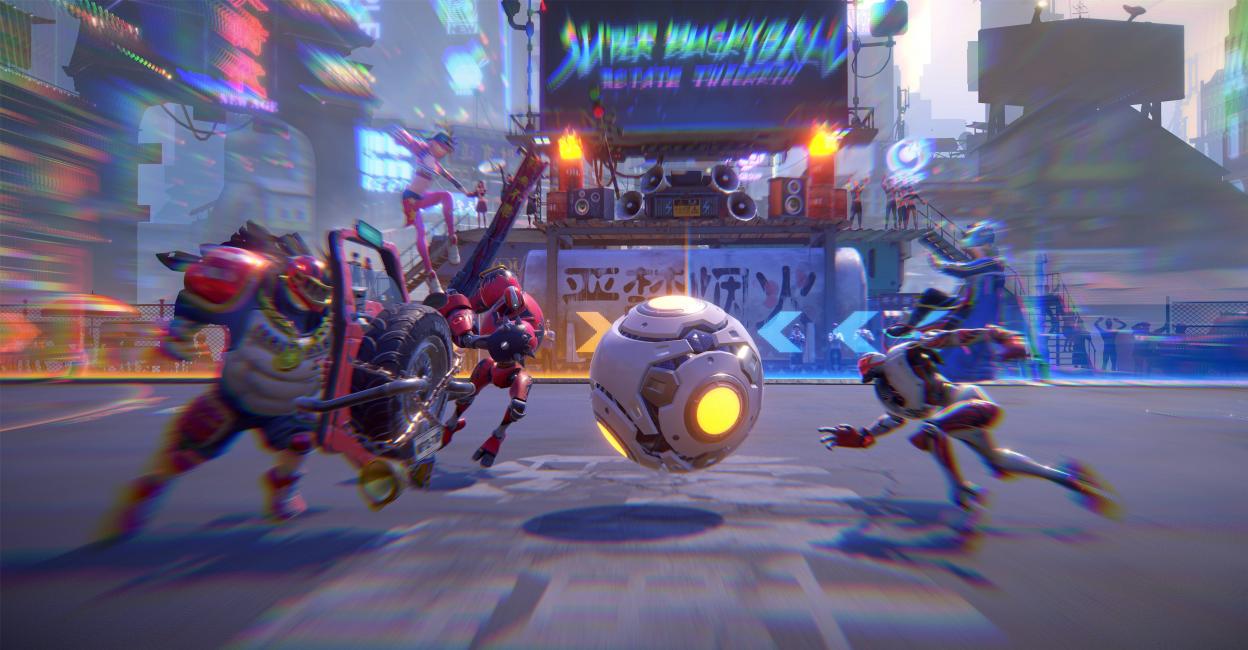 Pathea Games’ cyberpunk sports experience, Super Buckyball Tournament (SBT), pits teams of three against one another in a game of soccer with super powers. With an array of characters with their own varied abilities, players are encouraged to find what powers work for them, but also what powers work best with their team. Through experimentation, players might be surprised at which character seems most suited to them.

Pathea Games went through a similar surprise change over the course of the game’s development, completely changing the type of game they were creating. Ultimately, this shift in development was a positive one for the team, leading to an Indie Prize for Best Multiplayer Game at GameDaily Connect Asia in 2019.

This award was no less powerful than the previous time the studio had won an Indie Prize. “It means a lot to us,” said Bruce Luo of Pathea Games. “Having won an Indie Prize before with My Time at Portia, winning it again with Super Buckyball Tournament is also very special. It means that we're able to keep the quality going from game to game. We have been working on SBT for the better part of three years now, and finally being able to see some player reactions has been very gratifying.”

How does a developer of a farming simulator like My Time at Portia move on to create a cyberpunk soccer game? It’s all just a part of the studio’s goal to create games that its team would like to play. “We're gamers, so our philosophy has always been to make games that we ourselves would want to play. For SBT, we wanted to make a fast-paced sports action game with the same feel as Mario Kart, ARMS, and a touch of NBA Street,” said Luo.

Part of finding that fun within SBT meant taking special care to craft the characters that would become the game’s backbone. “I think the biggest challenge for us was just to get the characters to feel right. Each character needed to be unique in his or her abilities and weight, so tweaking that takes a lot of time. When we finally do get one right, it feels very rewarding,” said Luo.

Each character provided a special kind of style to the game, allowing players to change up how a match goes, as well as their interactions with their teammates. Each would need to be carefully balanced to keep from making play feel unfair for others, and Pathea looked to make interesting changes to the game that players could capitalize on. Doing all of this while also handling the intricacies of online play was daunting, but this challenge pushed the team to create something great.

With the market growing more challenging by the year, Pathea Games would have to push something great. Not that Luo only sees doom and gloom in the future of independent game development. “It's getting more and more difficult to stand out. Still, as more and more different platforms come online, including cloud gaming, I think there are ample opportunities around for indies to find their player base,” said Luo.

Still, success comes with challenges in the modern market, and developers need to think of things beyond their game to get ahead of the massive amounts of amazing games releasing daily.

“I think as there are more and more indie games coming out, what it comes down to is still the quality of product and the quality of marketing. They go hand-in-hand in making a successful product. You can have the best game ever, but if no one knows about it, it's still a failed product. Nowadays, you have to do both well to have a shot at succeeding,” said Luo.

That’s not all you may need to find success. You might even have to do some truly drastic things in order to do well -- like completely change the type of game you’re creating.

The second victory made the developer feel that they weren’t constrained to any one genre or type of game – a helpful feeling while branching out after a successful title. That win only came with a massive change to their game in development, though. “Well, we started out trying to make an action game that slowly drifted to a sports game, so many changes happened over the course of development,” said Luo.

Pathea Games had initially been creating an action title that, over the course of development, shifted gears into something else entirely. It’s quite a massive change for a game to completely switch genres, but the results have clearly been positive. Still, deciding to make such a big change to a game was not easy, but was something the developer felt was necessary to find success in the crowded market.

Despite being pleased with where the game ended up, Luo wishes things could have gone differently from the beginning. “I think if we could have a do-over, we'd start by nailing down the gameplay first instead of the technologies involved. We had some really cool tech that we had to abandon since it didn't really fit the gameplay that eventually took hold.”

Still, it was vital to have that courage to know when to change direction, or to be willing to cast ideas you once loved aside for the betterment of the project. It’s important to be able to find that soul of your project, even if it means making some tough decisions. You may regret the time lost in creating something the game wasn’t meant to be, but you can’t let that harm your game and studio’s future by holding onto the past.

SBT is now on track for a release by the middle of next year. “We look forward to completing Super Buckyball Tournament and readying it for release for Summer 2020. We'll be doing an open beta before release. I hope players look forward to that,” said Luo.

There was once a time when SBT was going to be something else entirely, but by looking for that spirit of games they wanted to play, and a willingness to completely change course, no matter how painful, the studio was able to create yet another award-winning game. It’s a true story of indie perseverance.