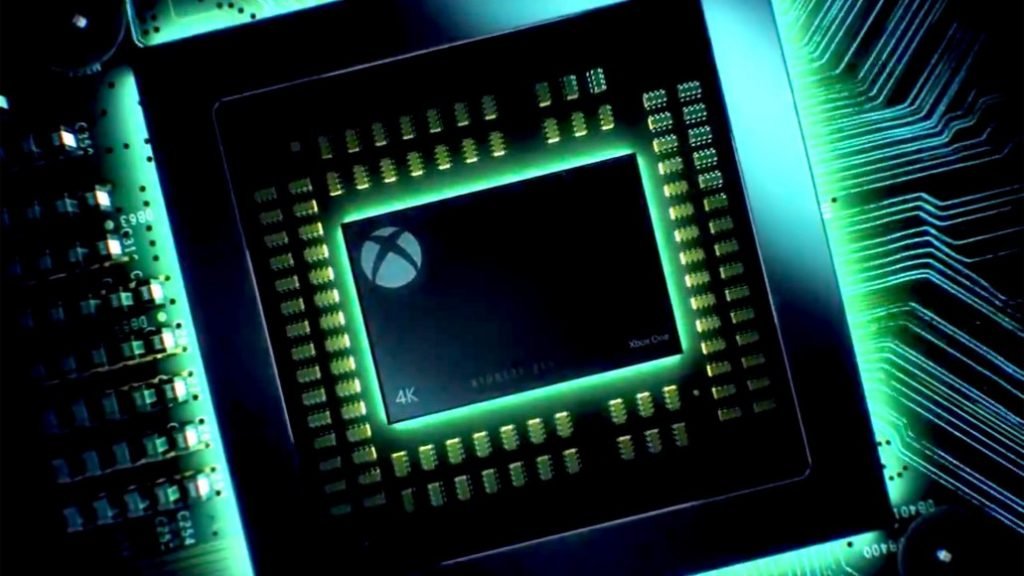 Microsoft made a big splash at E3 earlier this year, unveiling its next-gen Xbox codenamed Project Scarlett, which the company intends to launch in roughly one year at holiday 2020. What Xbox boss Phil Spencer didn’t talk about then, however, was the company’s plan to release a complementary console to Scarlett that would be offered at a lower price and without a disc drive. According to report from Kotaku, citing four individuals who had been briefed on Microsoft’s plans, the Xbox team is indeed moving ahead with a next-gen digital-only option called Lockhart.

This is not the first time this scenario has been rumored, as Kotaku points out, but with the next generation drawing ever closer, it’s noteworthy that four sources have come forward to verify the plan. Specifically, the idea is to have a range of options for consumers, just as they are offered now with the slightly less powerful Xbox One S and the more robust Xbox One X.

A developer claimed that Lockhart’s horsepower looks to be about on par with a PS4 Pro, while Scarlett will of course be significantly more powerful than that. That said, Lockhart will still come packed with a solid state drive for fast load times and it’s expected that it will still feature a very fast CPU.

Given that Microsoft has already launched an Xbox One S without a disc drive earlier this year, and the company’s clear intentions to dominate digital services with Xbox Game Pass and Project xCloud, providing a disc-less console in the next generation as well should not come as a huge surprise. The most important thing to Microsoft right now is ensuring that its teams can provide a steady flow of content to make its Xbox Game Pass option a no-brainer (and to many, it already is). Whether you’re buying into that ecosystem on Scarlett, Lockhart, or a gaming PC does not matter to Microsoft in the end.

Microsoft, of course, is not willing to comment on “rumor or speculation,” but what price point the company chooses for its next-gen systems and precisely when it aims to release Lockhart could be keys to how well Xbox fares in the next console cycle. According to IHS Markit analyst Piers Harding-Rolls, Lockhart is unlikely to launch simultaneously with Scarlett in 2020.

“The shift to digital consumption means that this is a viable strategy and a way to reduce materials cost and come in at a lower price point. It gives gamers a choice,” he commented to GameDaily. “The idea of launching with Project Scarlett and then adding a lower-powered device at a cheaper price point is interesting. We already see that in other areas of consumer electronics, so although we haven’t seen that approach before in the console space it could work. This perhaps suggests that the more powerful version could be more expensive than the launch price of last generation, but might also be used as a strategy to offer bring in more consumers at a lower price point and then upsell to the more powerful device.

“I’m not convinced we’ll see this version at launch. It’s less relevant to early adopters and might muddy the marketing messages and confuse potential buyers. I think Microsoft will be laser focused on a single proposition to the gamer at launch.”

From a strategic standpoint, Harding-Rolls added that Microsoft could very well leverage Lockhart as a Trojan horse of sorts for its digital services.

“We’ve already seen how under powered consoles are supplemented by cloud gaming services – for example Switch in Japan,” he continued. “It’s possible this could support a lower powered console in the future. Perhaps a cheaper version will be bundled with Xbox services (including Project xCloud?). You could argue that the Switch Lite is an example of a downgrade to reach a different audience, so perhaps we have seen this before.”

SuperData principal analyst Carter Rogers agrees that there’s a risk of confusion when offering consumers too many versions of similarly named consoles. “Typically, truly different versions of a console (e.g., the Xbox One X or Nintendo Switch Lite) have arrived well after the original,” he said. “If these reports are true, Microsoft might have as many as five different Xbox consoles on shelves next holiday season (two Scarlett consoles and the three current Xbox One models)."

That being said, he does believe it’s a wise move for Microsoft to pursue a cheaper device to appeal to the same sort of consumers that may want to purchase devices like the Switch Lite.

“If the technological arms race with PlayStation results in a pricey high-end Xbox console, a cheaper alternative could attract casual and midcore gamers who just want a way to play a few of the latest games on their TV. It could also appeal to parents buying a console for a child who is mainly going to be using the device to play games like Minecraft,” Rogers noted.

Moreover, with the entire industry moving in the direction of games-as-a-service, there’s simply less value in having a disc drive nowadays for many players.

“A lack of a disc drive isn’t as big an issue as it would have been a few years ago. Players are sticking with service-based games like Destiny 2 for months or years, so it makes less sense to buy a disc-based game with the intention of quickly reselling it. Even purchases of sports games (which have historically been strong physical sellers) are shifting toward downloads and away from discs,” he added.

With or without Lockhart, Microsoft would appear to be in a good position as it steers itself towards next-gen. Management has given its first-party studio system a complete makeover, momentum behind Xbox Game Pass is strong, and the company is extremely cognizant that price matters, with Spencer having told The Verge that Scarlett “will not be out of position on power or price.” Sony’s PS4 handily outsold the Xbox in this generation, but the next-gen will be a whole new battle, and it’s one in which ecosystems (Xbox Game Pass, PlayStation Now) will be kingmakers.