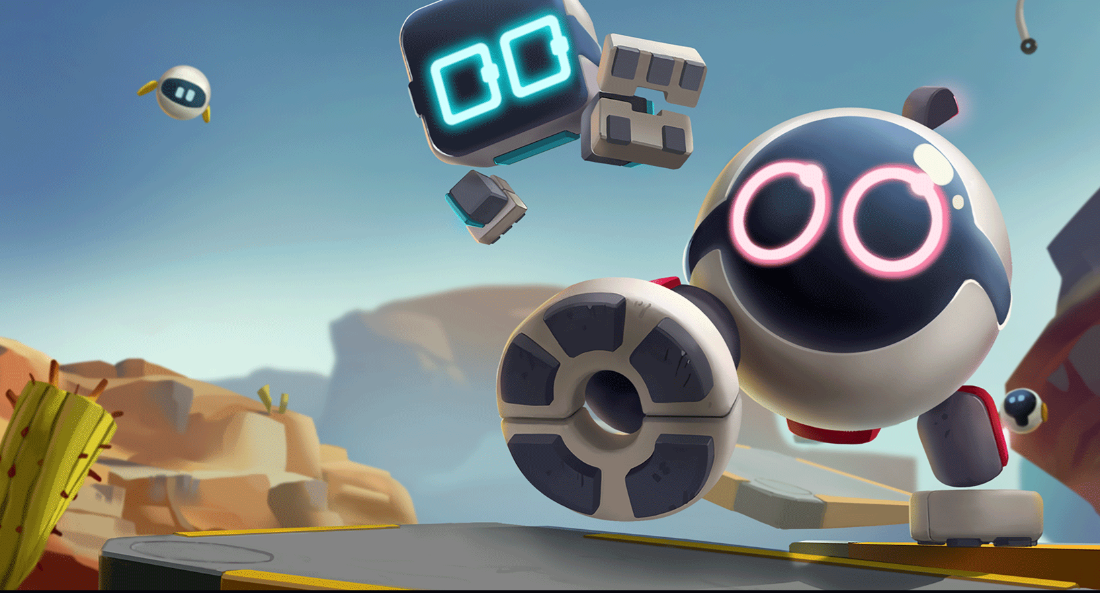 NEXT Studios took two awards home from Indie Prize this year at GameDaily Connect Asia 2019. biped, with its puzzling play built around getting two players to work together, earned the studio an award for Best Game Design, and Unheard, a mystery game where players listen to audio in a crime scene to find outs its events, took the Best Game Audio Award.

Winning two awards made for a great feeling for the studio. “It’s a great honor. It has encouraged our team and studio to keep working on bringing new experiences and pushing the boundaries of games,” said the developer of Unheard.

These two interesting ideas, which use audio and player partnerships in unique ways, helped strengthen the studio’s feelings that this industry is hungry for new ideas and unique takes on play styles and genres. “The industry is very open-minded to new experiences and will reward developers who can make even the tiniest breakthrough in a certain genre,” said the Unheard developer.

Finding unique ideas isn’t easy, though. What helped NEXT Studios was looking for those ideas in new places. A new idea for a game could come from all manner of things, and in the case of Unheard, theater was a surprise inspiration. “The original prototype was inspired by immersive theater, and during the development process, we also got inspiration from radio dramas, murder mystery films, and books,” the Unheard developer said.

Another way of finding those ideas comes from looking at what’s already been done in a genre and seeing how you can alter it for your own needs. For biped, this innovation came from stripping controls down to make them simpler for players. “There wasn’t much debating when we decided to use physics in our new game. We just wanted to do it. Then, we reviewed other physics-based games (like Human: Fall Flat and Gang Beasts) that offered very unique experiences to players. However, we found they were not simple enough in terms of character controls, as players needed to use one joystick to move the character, combined with buttons to make it do other things,” said the biped developer.

“Then, we came up with the idea to allow players to control the character by only using two joysticks. No arms, only legs. We initially had concerns about what a character without arms would be able to do. To our surprise, this control scheme allowed the character to do more than we ever could have expected,” they continued.

Through seeking new inspirations, or by stripping away conventions of genre or gameplay, NEXT Studios found some interesting new play styles that created interesting games and game mechanics. With unique creations still come certain challenges, though.

When asked about the difficulties of development, the Unheard developer stated, “I would say writing and localization. Because the narrative structure of Unheard is totally different from traditional movies or novels, we had to figure out the best way to do it on our own. Naturally, we stumbled a lot during the learning process. Localization of this game is also a huge amount of work because it is an audio-based game. So, translating to another language basically meant we have to redo the entire level, which added to our development.”

This wasn’t the only challenge the Unheard studio faced. “Because this game is so unique, its development process is also different from other games. As a result, we had to figure out the best pipeline for the game during development. I am not sure if our process has evolved or not, but I think our team’s ability to adapt a new pipeline has definitely evolved,” said the Unheard developer.

Creating an audio- and dialogue- based game would create some challenges for the studio, but so would making ragdoll physics work throughout biped. “Ragdoll is the biggest feature for biped, but it is also the biggest challenge when you think about it. It's easy to use mathematics to physically get the right results of a character's behavior, but it is really time-consuming for our artists to turn that result into a visual animation. In addition, the combination of various natural features and mechanisms in the art style means we have to do more math and add more animations to make the character’s performance fit a new scene,” said the biped developer.

“It was after spending about 2 months researching physics-based animation that the idea to make a game that solely focused on two joysticks popped up out of nowhere. After that, everything just fell into place. It took us only two weeks to make the prototype. But yeah, as mentioned above, we spent another year improving the control experience and art style before we were able to confidently say ‘Yes, that's definitely what we want to make!’ Although you can instantly come up with a great idea, we believe it still takes time to see if that idea will translate into a great game,” continued the biped developer.

Winning for both of these titles was no small feat, but NEXT Studios still sees some risks ahead for these unique, experimental titles.

“Indie games are an indispensable part of the entire game family because they explore the edge of the gaming world,” said the biped developer. “But, just like any other frontier explorer, indie game developers are taking higher risks in terms of business survival compared to big game companies who work on many projects at the same time, or who have more than one business model which can largely leverage the risk of any single failure. So, we call for more hands in the game industry to support indie game developers for the benefit of the industry's overall growth.”

It's still important to keep striving for those ideas that are wholly your own, even if they do represent a greater risk for the studios creating them. “The bigger the challenge, the bigger the chance. Of course, unlike 2010, the marketplace is crowded, but indie gaming’s audience scale has also expanded a lot. That means if you make a mediocre game, you might end up selling a few thousand copies. But if make something that really stands out, it has the potential to become a real hit,” said Unheard’s developer.

Big risks can mean a big payoff if your idea takes off, but you still need to analyze your audience and make smart business decisions if you want to make out well, according to NEXT Studios. “It’s totally ok to express yourself or make the thing you really like, but make sure that you are clear about your target audience and try your best to help them experience your game in the way you want it to be experienced. A gameplay experience is a dance between game designer and player - if your target players don’t know how to play your game, then your gameplay experience is not working.”

biped’s developer also feels that you should be true to yourself, but also try to keep your audience and business needs firmly in mind. “The most important thing is to stick to your original style while also testing out new ideas in your game. Also, if you are not working alone, having the right team around you is very important to the development of a game.”

New ideas can be a big risk, but they also can be the best way you can stand out and make something that will be special to your team and its players. NEXT Studios is hoping to continue this tradition going forward, finding success through expressing themselves as creators.

“NEXT just formed a new small team called playground, which is a group of people focusing on making indie-style games. I hope we can bring some of them to the Indie Prize next year. Even though right now I don’t have a clear picture of what those games will be, I can guarantee that there will always be something new.”

Co-founder and CEO Tim Morton talks to GameDaily about his work on StarCraft II, and how to make RTS accessible to a wider audience.

Jonas Rosland and Amanda Farough talk to GameDaily about why their organization's work is important, especially in today's increasingly-digital landscape.

Escaping the Underworld: Supergiant's Greg Kasavin on the development and success of Hades

From harnessing the power of early access to a lighthearted approach to the realm of the dead, Hades has become Supergiant's most successful launch ever. Kasavin talks to GameDaily about the studio's design philosophy.

Beep Games and Tribetoy talk to GameDaily about the origins of the arcade shooter that takes place inside the clockwork mechanisms of a turn-of-the-century parlor game.