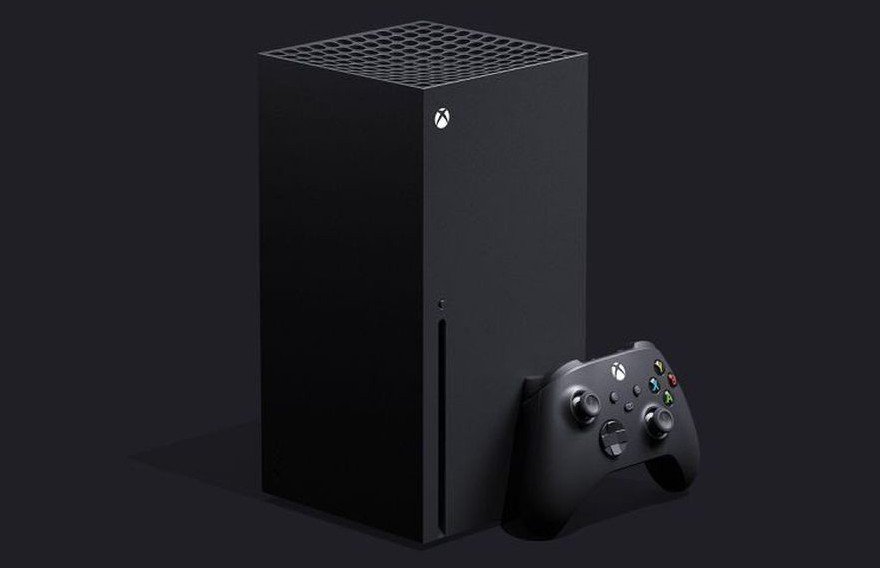 The Game Awards, hosted by Geoff Keighley, was live streamed across the world last night and brought a number of new game announcements, but the biggest news by far was the surprise next-gen Xbox reveal from Microsoft. The new console, previously known as Project Scarlett, has officially been named Xbox Series X and its form factor was shown for the first time in a brief video. A new Xbox Wireless controller with a share button was also shown.

The Xbox Series X, unlike previous consoles, looks quite similar to a PC tower, and it supports both vertical and horizontal placement. Microsoft says it’s four times more powerful than their Xbox One X hardware, and it’ll fully embrace the entire Xbox ecosystem, as Series X will support thousands of games from three generations of Xbox. From a technical standpoint, Series X will be Microsoft’s most sophisticated yet.

“Powered by our custom-designed processor leveraging the latest Zen 2 and next generation RDNA architecture from our partners at AMD, Xbox Series X will deliver hardware accelerated ray tracing and a new level of performance never before seen in a console,” Microsoft boasted on its official blog. “Additionally, our patented Variable Rate Shading (VRS) technology will allow developers to get even more out of the Xbox Series X GPU and our next-generation SSD will virtually eliminate load times and bring players into their gaming worlds faster than ever before.

“We are minimizing latency by leveraging technology such as Auto Low Latency Mode (ALLM) and giving developers new functionality like Dynamic Latency Input (DLI) to make Xbox Series X the most responsive console ever. Xbox Series X is also designed for a future in the cloud, with unique capabilities built into the hardware and software to make it as easy as possible to bring great games to both console and elsewhere. Xbox Series X will deliver a level of fidelity and immersion unlike anything that’s been achieved in previous console generations.”

Ninja Theory, which is now an official first-party studio for Xbox, followed the Series X reveal by unveiling Hellblade II, which is being developed from the ground-up to take advantage of the console. Microsoft said the “footage shared tonight was captured in-engine and reflects the power of Xbox Series X available to developers to deliver new universes, experiences and games in ways you have never imagined.”

Sony’s PS5 was not left out of the next-gen discussion at The Game Awards. Although a Sony executive did not take the stage, Gearbox Publishing and Counterplay Games showed off a trailer for a “looter slasher” called Godfall, which is the first officially announced PS5 title set for launch in 2020. According to the official PlayStation blog, Sony intends to talk more about the game next spring.

Additionally, juxtaposed with Godfall, Sony showed off a new cinematic for SuckerPunch’s Ghost of Tsushima, which is set for release on PS4 next summer. So we have just seen the first glimpse of PS5 while also possibly seeing what could be the last blockbuster PS4 title.

With both Hellblade II and Godfall reveal trailers on display at The Game Awards, the next-gen battle is already starting to rev up. Both Microsoft and Sony will have plenty more to show in the coming months, before their respective marketing teams go into high gear for next holiday’s launches, but for The Game Awards, being able to show brand-new next-gen reveals from both sides was a significant achievement at this juncture.

It would have been nice to see even more of Xbox Series X and PS5, but The Game Awards is primarily focused on honoring the best of 2019’s crop of games -- a full winners list can be seen here. FromSoftware’s action title Sekiro: Shadows Die Twice came away with Best Action Adventure and the Game of the Year, an award that some consider an upset given that many thought Hideo Kojima’s Death Stranding was going to win everything. Kojma did win for Best Direction, however, and Death Stranding also earned awards for Best Music and Best Performance, with Mads Mikkelsen earning a nod for his acting as Cliff.

Former Nintendo of America President Reggie Fils-Aime also provided the audience with a special moment in order to honor the indie community. He gave an impassioned speech about indies being the most important developers in the industry and reminisced about Shigeru Miyamoto and the late Nintendo boss Satoru Iwata, who at one point was an indie too. Reggie then presented the award for Fresh Indie to ZA/UM for Disco Elysium, which also won for Best Indie Game, Best Role Playing Game, and Best Narrative.

Elsewhere in the show, Donald Mustard, Epic Games’s Worldwide Director of Creative, took the stage to make an announcement unlike any we’ve witnessed before, effectively tying pop culture with video game culture and showing the power of Fortnite as a brand. This Saturday, within the world of Fortnite, JJ Abrams will join players to unveil a live, new teaser for Rise of Skywalker. It might very well be the first time that two powerhouses have come together to showcase a live trailer for a blockbuster film within a live game. Following the black hole event that preceded the launch of Chapter 2, it’s yet another marketing masterstroke by the Epic Games team. Live events are increasingly being used to keep engagement high and to ensure retention in today’s games-as-a-service era, and there’s no better brand to leverage than Star Wars.

Another significant announcement came from the new Telltale Games, which revealed The Wolf Among Us 2. Telltale is a shell of its former self, after the original studio went into liquidation and most staff were laid off. It’s understandable that some in the development community would be skeptical of this new Telltale incarnation. On Twitter, Vlambeer’s Rami Ismail commented after the reveal of The Wolf Among Us 2, “I am normally super positive about stuff but I can not help but be super skeptical about a ‘Telltale’ game.”

However, Jamie Ottilie and Brian Waddle have been forthcoming with GameDaily in the past about their intentions for Telltale 2.0, and they have committed to working with former Telltale employees. In fact, AdHoc Studio, which is comprised of Telltale veterans, will be leading development on The Wolf Among Us 2. While the new Telltale will never be able to replace the old, or hire back all those who were lost, the new company should be given the benefit of the doubt for now.

All in all, The Game Awards once again delivered with big announcements (Kotaku has a nice roundup here), cultural beats, and a few awards that took some of the industry by surprise. The viewership in 2018 had more than doubled year-over-year, and while an official figure hasn’t been released yet, we would not be surprised to see the numbers for 2019 grow yet again. At one point during the show, Keighley observed that there were 900,000 viewers on Twitch. At around three hours, the show is a bit long, and could benefit from some tightening. And its “pre-show” oddly hands out a few awards before the official start of the show, which makes these awards feel like throwaways.

But what The Game Awards has achieved is remarkable, and airing the show right before the holidays to bring everyone in the industry together to support one another is great timing. With so much negativity online, it’s great to see developers in the industry praising each other’s creativity. Few shows in gaming have managed to generate this level of hype and a sense of community.