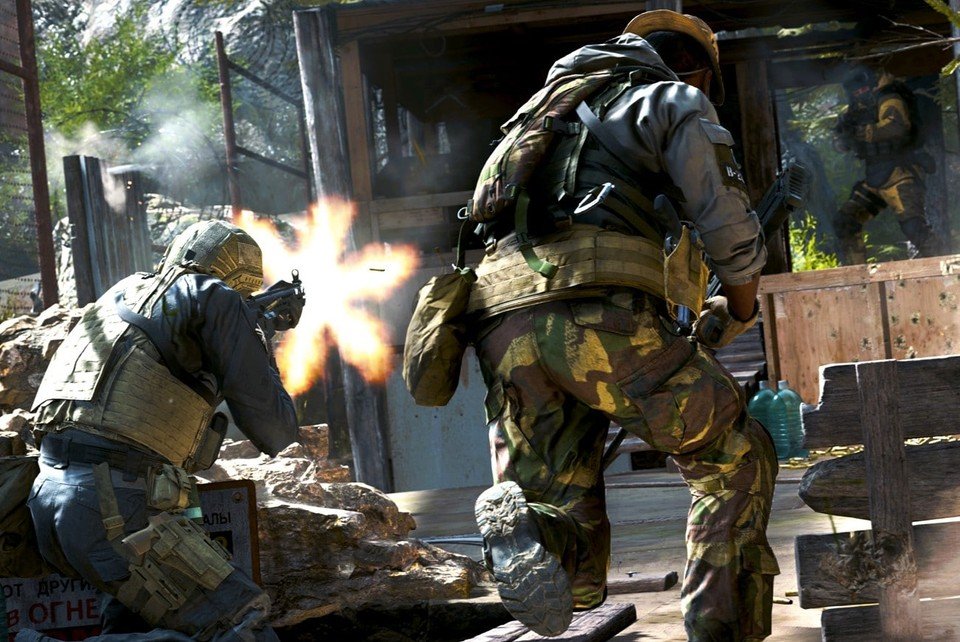 The NPD Group has released its report on November’s best-selling video games, and the numbers add up to a total of $2.3 billion in spending across the digital and retail sectors. It’s a decline of 19% over last November, and a year-to-date drop of 12% compared to 2018.

Video game software sales declined 14% in November compared to the same month last year. Dollars spent totalled $926 million during the four-week reporting period. It was Call of Duty: Modern Warfare that once again topped NPD’s charts--not only was it the best-selling game of November, it’s also the best-selling game of 2019. It was followed for the month by Star Wars Jedi: Fallen Order, Pokémon Sword and Shield, Madden NFL 20, and Death Stranding.

“Call of Duty is nothing if not consistent in its sales ranking placement,” Mat Piscatella, executive director of games at NPD told GameDaily. “For more than a decade now, Call of Duty has been right at the top of the charts, and this year is no different. I can't get into specific sales figures, but the franchise is showing no signs of slowing down. While some releases do end up selling more or less than others, at the end of the year the game always finds its way to the top.”

Nintendo continued to flex its software muscles in November as well, as three different versions of Pokémon landed in the top 20 best-selling games: Pokémon Sword, Shield and the Sword and Shield double pack took spots three, four, and five on NPD’s chart.

In addition to Pokémon, other Nintendo titles that placed in the top 20 for November include Super Smash Bros. Ultimate, Luigi’s Mansion 3, and Mario Kart 8, a game that first released on the Wii U in 2014.

“Mario Kart is the first game I think of as being the perfect representation of the ‘evergreen’ title,” Piscatella said of the game’s near-universal appeal. “And remember, for Nintendo these charts only represent physical sales. Adding digital to this mix would have Kart placing higher on a monthly basis. It's the classic easy to pick-up-and-play, difficult to master game. It has great appeal to new users, and also appeals to people that played older versions of the game years ago. I don't expect Kart to ever leave the Switch chart, to be honest.”

One interesting inclusion on NPD’s list of the top 10 best-selling games of 2019 is Anthem from EA and BioWare. The live-service looter shooter has had a notoriously turbulent year. Despite that, however, it boasts consistently impressive sales.

“Anthem has been on this list since launch. It did drop from number eight to number 10 on the list in November, and may fall off next month,” Piscatella explained. “Its placement really reflects the incredible launch period sales the title achieved. The placement on the list also says something about expectations, and does showcase the opportunity that exists for live-service games to reinvigorate an installed base of users. Of course, this placement does not include sales done on Origin, or users acquired via subscription services like Origin Access, so the title's performance is actually a bit better than its representation on the year-to-date charts.”

On the hardware side of things, spending fell 26% compared to last November, down to $891 million. The Nintendo Switch led the way, and continues to be the best-selling hardware platform of the year. Piscatella attributes the slump in hardware sales to a couple of different factors, including the imminent launch of next-gen consoles, and the immeasurable impact Fortnite has had on the overall industry.

“The softness on the hardware side we saw in November is notable,” Piscatella explained. “The data suggests that we are certainly on the tail end of the console cycle. A couple factors here; first, we have normal late cycle console hardware sales dynamics that we've seen for generations. However, we also still have a Fortnite hangover. Fortnite positively impacted hardware, accessories and game card spending from Q2 through Q4 a year ago, and we're not seeing that impact repeating this year. These two factors are combining to make it a pretty tough hardware market, particularly for PS4 and Xbox One. The market seems ready for next generation hardware.”

We’re living in a post-Fortnite world, it would seem. The battle royale game has had a major influence on the video game market, and it appears to have inflated sales statistics over the last couple years to the point that subsequent sales reports reflect lower numbers by comparison. Truly, it is an incredible cultural phenomenon. As we near the launch of the next round of video game hardware, it will be interesting to see how the current trends are impacted.