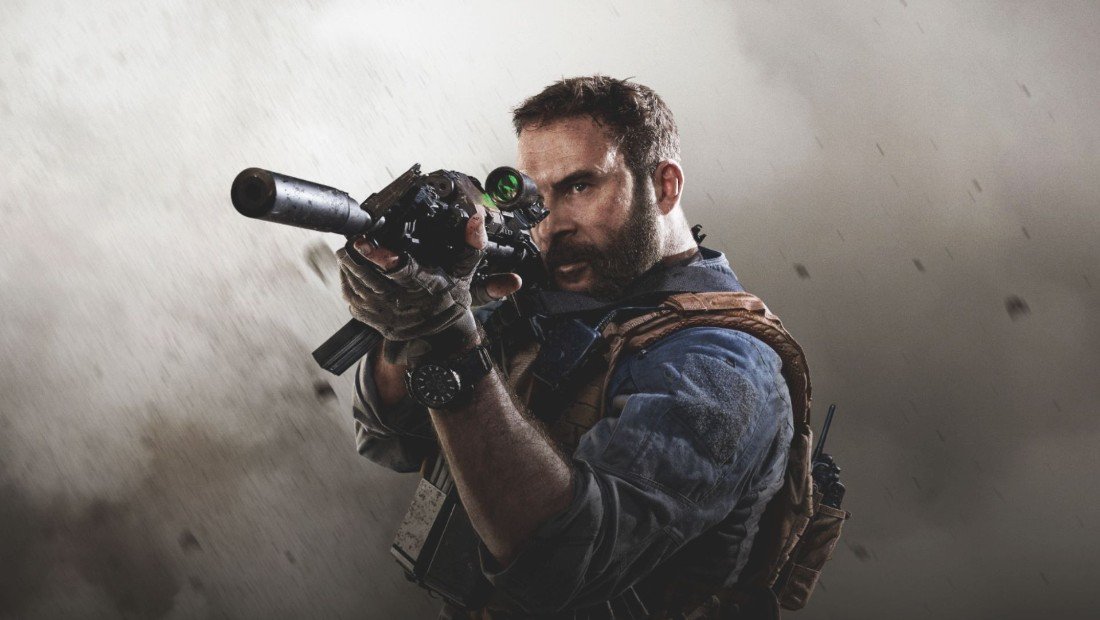 When Modern Warfare--this year’s entry in Activision's multi-billion dollar Call of Duty franchise--launched in October, it was to the tune of over $600 million in just three days. Now, roughly two months later, it has broken the $1 billion mark. Additionally, Modern Warfare has become the most-played Call of Duty game from this console generation, according to a press release from Activision.

“The momentum for Modern Warfare from day one has been incredible,” Byron Beede, general manager of the Call of Duty brand, said in a statement. “Players are having a great time and are continuing to engage across the multiplayer experience at the highest level in years. We’re also seeing new franchise highs for this console generation in hours played, hours per player and average daily players.”

The incredible levels of engagement seen by Call of Duty are backed up by a recent study conducted by Interpret on the top gaming and entertainment brands in America. Call of Duty was found to have the most loyal fan base, surpassing even Fortnite and GTA.

“Achieving such strong fandom is something all brands try to achieve. It’s not easy, but it first begins with listening to your audience, and it proceeds by acknowledging those opinions and implementing them into your game and messaging. Over time, your audience will recognize that you truly put your customers first, and naturally a brand will see an increase in brand loyalty,” Jesse Divnich, VP of Research and Strategy at Interpret commented to GameDaily.

According to NPD analyst Mat Piscatella, Call of Duty is the best-selling video game property in U.S. history, and throughout the 2010s, it’s consistently been the number one or two best-selling game each year. This dates back to when NPD began tracking game sales in 1995.

“It's worth spending some time on the word ‘consistency’ when it comes to Call of Duty,” Piscatella told GameDaily. “No property has delivered sales and player engagement year after year as Call of Duty has. This year's release is no different. It ranks among the top-10 fastest-selling Call of Duty games over the first two months of U.S. distribution, and will finish 2019 as the best-selling game of the year in the U.S.

"Add a very successful Call of Duty: Mobile launch in September 2019 and one could argue that 2019 represents one of Call of Duty's strongest years in history.”

“We’re expecting Call of Duty: Modern Warfare to perform flat compared to last year’s Call of Duty: Black Ops IIII in terms of total units sold during the launch quarter,” McKim told GameDaily. “However, due to Black Ops IIII’s season pass offering, compared to Modern Warfare’s battle pass and free content plan, we expect the total revenue for this quarter to be down year-over-year.”

As a comparison, McKim pointed out that it took Modern Warfare a reported 50 days to reach its $1 billion mark, versus Black Ops IIII taking three days to hit $500 million. “Because Black Ops IIII’s revenue curve will be more front-loaded due to its season pass business model, it is possible that Modern Warfare has a longer and more successful revenue tail in 2020,” he said.

Contributing to Modern Warfare’s immense financial success is its battle pass progression system. This game dropped loot boxes and the traditional DLC model of previous Call of Duty gamesin favor of a Fortnite-esque season pass where players can earn cosmetic items. The battle pass costs 1,000 Call of Duty points, which is the equivalent of around $10.

It’s been proven that such a monetization method is better at retaining players over the long term, particularly on mobile platforms. In April, analytics group Sensor Tower reported that mobile games juggernaut Clash of Clans saw a revenue growth of 145% following the implementation of its season pass. Also, Fortnite regularly brings in roughly $44 million a month thanks to its battle pass.

While the battle pass certainly helped rocket Modern Warfare to a record launch, its historical popularity and soft reboot have also surely contributed. If this year has proven anything, it’s that we’re all just living in Call of Duty’s world.